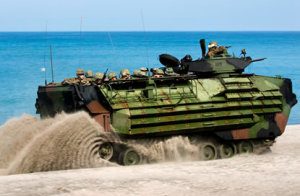 MCB Pendleton is one of the Department of Defense’s busiest installations and offers a broad spectrum of training facilities for many active and reserve Marine, Army, and Navy units, as well as national, state, and local agencies.

29 Palms, Twenty-nine Stumps, or simply the Stumps, is the United States Marine Corps’ largest base. A futuristic version of the Marine Corps Air Ground Combat Center is featured at the start of the movie “Doom”.

MCAS Miramar is best known as the former location of the United States Navy Fighter Weapons School (NFWS), its TOPGUN training program, and the movie of the same name. It is located about 10 miles north of downtown San Diego, California. 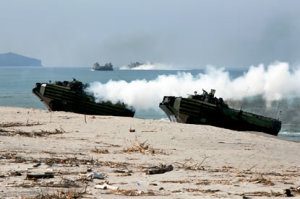 MCLB Barstow was established as the Marine Corps Depot of Supplies in 1942. The base is within 150 miles of the two major seaports of Los Angeles and San Diego.

MCRD San Diego is a military installation in San Diego, California. MCRD San Diego’s main mission is the initial training of enlisted male recruits living west of the Mississippi River. Over 21,000 recruits train there each year.

MCLB Albany is located in Albany, Georgia. The primary mission of the units on the base is to rebuild and repair ground-combat and combat-support equipment, as well as to support installations on the East Coast of the United States. 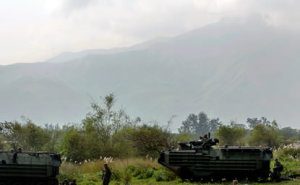 Originally Naval Air Station Kaneohe Bay, MCBH Kaneohe Bay was attacked approximately 9 minutes prior to the attack on Pearl Harbor. The base is sited on the Mokapu Peninsula, which connects to the mainland near the cities of Kaneohe and Kailua.

Since September 1941, Camp Lejeune has been the home of “Expeditionary Forces in Readiness.” Today, as in the past, Camp Lejeune’s mission remains the same – to maintain combat-ready units for expeditionary deployment.

MCAS Cherry Point is an airfield located in Havelock, North Carolina, in the eastern part of the state. It was built in 1941 and was commissioned in 1942. Currently, it is home to the 2nd Marine Aircraft Wing.

MCAS New River is a helicopter base in Jacksonville, North Carolina. The base was originally 29 parcels of land, a simple stretch of tobacco farm that was purchased for $64,502 in 1941. It is the only Marine Corps base with the new MV-22 Osprey.

MCAS Beaufort hosts all active duty USMC F/A-18 air operations on the East Coast assigned to MAG-31. The mission of the Marine Corps Air Station Beaufort is to provide support as an operational base for MAG-31 and its support units.

Parris Island , South Carolina, consists of 8,095 acres, of which only 3,262 are habitable. The remaining acres are primarily salt marsh. Enlisted male training began there in November 1915, and later, enlisted female training began in February 1949.

Henderson Hall is a military installation of the United States Marine Corps located in Arlington, Virginia. It is near the Pentagon on the southern edge of the Arlington National Cemetery and next to Fort Myer. 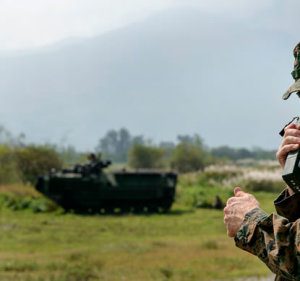 The Corps’s Combat Development Command, which develops strategies for Marine combat and makes up most of the community of over 12,000 military and civilian personnel (including families), is based there. It has a budget of around $300 million and is the home of the Marine Corps Officer Candidates School.