Joint Base Myer-Henderson Hall created by combining Fort Myer and Henderson Hall together during the realignment of the bases has created a more efficient army base.  Fort Myer, adjacent to Arlington National Cemetery, across the Potomac River from Washington DC does not have a training facility but houses the oldest infantry regiment in the United States Army. 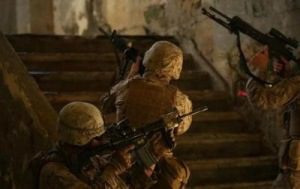 Henderson Hall is on the southern border of Arlington National Cemetery, next door to  Fort Myer and The Pentagon a short distance to the east and the Navy Annex just to the south.

Henderson hall exists on 22.3 acres of land with USMC barracks and other USMC educational facilities.   Henderson has serves as headquarters to the Marine Corp since World War II.

If you are faced with a military legal matter while you are stationed at Joint Base Myer Henderson Hall and need the assistance of a knowledgeable law firm contact the law office of Gonzalez & Waddington.   We represent military personnel who serve at Myer Henderson Hall, Arlington, Virginia, as well as U.S. bases around the world. With the  expertise of our  military attorneys we are able to represent clients and fight court-martial cases throughout the United States, Europe (Germany, Italy, England, Spain, Cypress, Belgium, Turkey), the Middle East (including Bahrain, Kuwait, Afghanistan, Qatar), and the Pacific Rim (Korea, Guam, Hawaii, Japan). Our team competitively defend Marine Corps, Army, Air Force, and Navy service members.