Our hard-hitting court martial lawyers have the experience and firepower necessary to level the playing field.

We aggressively defend Army, Air Force, Navy, Marine Corps, and Coast Guard cases worldwide. Our firm, founded and led by high profile defense lawyers, Michael Waddington, and Alexandra González-Waddington, is one of the most experienced and successful military law firms in the world. Call 1-866-969-9860 to speak confidentially with a court martial defense attorney.

Having been involved in some of the highest-profile court-martial cases from the “War on Sexual Assault” and the “War on Terror,” our lawyers have an extensive and winning track record of taking on and beating military prosecution teams. We literally wrote some of the best-selling books on cross-examination, trial strategy, and closing arguments. We also teach criminal defense lawyers (civilian and military) across the USA how to effectively cross-examine hostile witnesses and win trials.

Our lawyers maintain a small caseload and personally handle cases from beginning to end. We fight like gladiators to protect our clients.

VIDEO: What are the Real Costs of a Court Martial Conviction?

We Are Leading Authors & Lecturers on Criminal Defense & Cross-Examination

Many prosecution witnesses see themselves as advocates and members of the prosecution team. Some witnesses will do whatever is necessary to win and send the defendant to prison, irregardless of guilt or innocence. This may include lying, exaggerating, and misstating facts and science. These books were written for criminal defense lawyers on the front lines in the war on sexual assault. They contain pattern questions that will help dominate prosecution witnesses and level the playing field.

We Teach Lawyers Across the USA How to Win Cases 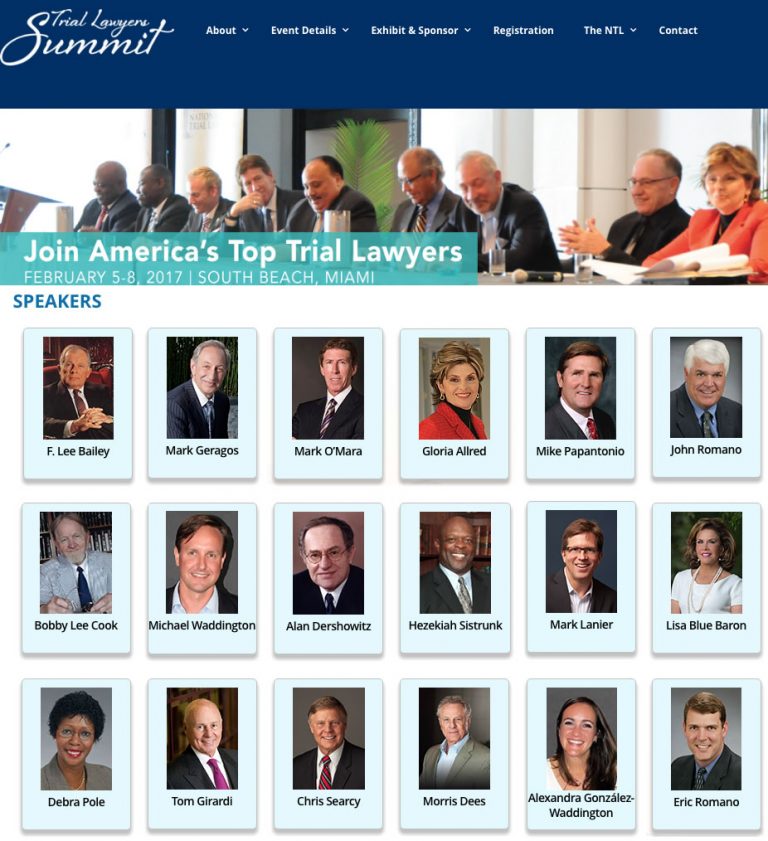 Here are a few of our speaking engagements: 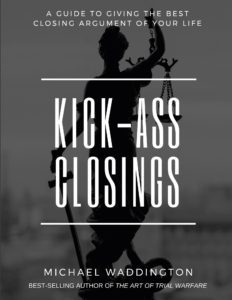 Kick-Ass Closings: A Guide to Giving the Best Closing Argument of Your Life

Our bestselling book, Kick-Ass Closings, is a powerful resource for new and experienced criminal defense lawyers, so they can deliver devastating closing arguments with minimal prep time. This book provides a simple and straightforward template that can be used in any criminal trial and hundreds of sample closing arguments that can be crafted to fit the facts of your case.  Click here to read more.

Praise for Kick-Ass Closings
“We aren’t in class anymore! Kick-Ass Closings is written from the trenches, by trial lawyers who actually try cases, and win. If you want to be a closer, you need this book.”
-Tim Bilecki, Bilecki & Tipon, LLLC

“Kick-Ass Closings should be mandatory for every law student who wants to call her or himself a trial lawyer. Practicing lawyers will find the stories and insights great food for thought and non-lawyers will love it as it gives a keen insight into both the art and science of presenting to and persuading people.”
-Mark O’Mara, O’Mara Law Group

Why an Average Military Defense Lawyer is Not Good Enough

Many court martial attorneys claim they are “the best” and “the most experienced.” Talk is cheap. We invite you to compare our experience and national reputation with any other military law firm and decide for yourself.

Our court martial lawyers have a portfolio of high profile cases, including cases from the War on Terror. These cases have been featured in print and broadcast media throughout the world, on outlets including: ABC, NBC, CBS, CNN Fox, Newsweek, the New Yorker, The Washington Post, and USA Today. Mr. Waddington has also served as a consultant to 60 Minutes, ABC Nightline, CNN, CBS, and the Golden Globe-winning television series, “The Good Wife.”

Compare our results with any military defense lawyer anywhere in the world – military or civilian.

If you’re facing trial in the military justice system, the deck is stacked against you. The prosecution has virtually unlimited resources and all the attorneys and paralegals it needs to work toward imprisoning you for the maximum sentence. Defendants feel helpless, scared, and overwhelmed. They feel like a guilty plea is their only option, which is exactly what the prosecution wants.

A guilty plea should only be a last resort. It should only be entered with the competent representation of qualified counsel who has your best interest at heart. Even when there’s that a chance a defendant can prove his or her innocence, it’s not uncommon for military or civilian defense attorneys to instead enter a guilty plea.

With a conviction rate of more than 90% in the military justice system, and 95% of people convicted being stripped of their rank and benefits, discharged, and imprisoned, selecting the best defense attorney couldn’t be more critical. When choosing a defense lawyer, military or civilian, ask them to describe the last 20 cases they defended. Were they jury trials? Was there a discharged? How many acquitted? Then call our trial lawyers to discuss your options. Here’s what you’ll be up against and why you need a fearless civilian attorney in your corner.

Bottom line: If you want a fair shot in the military justice system, you need the best court martial attorneys in your corner to even the odds.

As criminal defense lawyers who have defended service members around the world in both court-martial cases and administrative separation boards, Michael Waddington and Alexandra González-Waddington are known for being aggressive, fearless and hard-hitting. Despite overwhelming odds, our firm has successfully defended cases in Korea, Japan, Iraq, Kuwait, and other cities around the world. Our court martial defense lawyers have a history of winning cases at trial, so prosecutors take them seriously.