Cities in Pennsylvania where our military defense attorneys represent service members at court martial and in administrative separations:

The college was originally part of the General Staff, but was later tasked to prepare carefully selected officers for high command. Some of the famous officers who graduated from the college include John J. Pershing, Dwight D. Eisenhower, and Omar N. Bradley. After its transfer to Carlisle Barracks, the college needed to acquire a newer larger building which is now the Root Hall. The college operates the Strategic Studies Institute and the Military History Institute.

Tobyhanna Army Depot was established in 1953 and today is the main logistics center for electronic systems. The depot’s mission is to sustain, develop, design, manufacture, repair, and overhaul the many electronic systems used by the military in their satellites, radios, radar, telephones, night vision, navigation instruments, etc. It’s no simple task, but the Depot manages it with excellence year after year. And for their continued excellence each BRAC has increased the workload of the Depot.

Naval Air Station Joint Reserve Base Willow Grove is an air station located in Horsham Township, Pennsylvania. The base was developed into an anti-submarine warfare facility. It then became a training facility for major naval units such as the Naval Reserve, the Marine Corps Reserve, the Air Force Reserve, the Air National Guard, the Army Reserve, and the Army National Guard. Today, the base is home to the 111th Fighter Wing, the 270th EIS, and the Navy Fleet Logistic Squadrons 52 and 64.

The Naval Support Activity Mechanicsburg is one of several naval installations located in the state Pennsylvania. The main objective of the base is to provide support duties for the various Navy troops that arrive and stationed there. These activities range from main support duties like ship maintenance and repairs, to personnel support, such as providing housing. The petroleum and chemical handling operations of the base have now all been moved to the Defense Supply center in Richmond, Virginia. Some4 of the supply functions of the base have also been opened to private contractors. 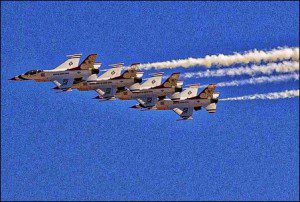 Pennsylvania is a state located in the north and mid-Atlantic regions of USA. The great Appalachian Mountains run through its middle. It bags the 9th position in the population factor and 33rd in the area factor. The state has five regions that are divided on the basis of their land and climate: namely the Atlantic coastal plain, Ridge and valley, Piedmont, Allegheny Plateau and the Erie Plain.

The diverse topography of Pennsylvania produces a variety of climate, though the entire year remains filled with mild temperature during winter and humid during the summers. Philadelphia is the most famous city of the state and the first nationally charted bank in US, i.e. the Bank of North America was found in the year 1781 in this place.

Casino gambling was legalized in the year 2004 and now there are nine casinos across the state with the next three in the row and is under construction. The city of Pennsylvania has recently witnessed a marked achievement in the fields of sports, recreation, health and education, with students ranging from Black Americans, African Americans, and also Indians. It has achieved an overall 19th rank in world agricultural production. 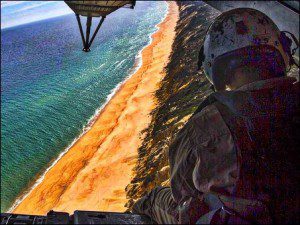 The state has been nicknamed as the Keystone State since 1802, as it is the only state that has been situated in the central location among the 13 original colonies that formed the United States. It is termed to be the 29th healthiest state in the US by the United Health Foundation’s in the year 2013. Some of the famous tourist attractions are:

1. The Philadelphia Museum of Art – This has one of the largest collections of art in the US and has an iconic building in the city that gives a similar look of the Egyptian architecture.

2. Strasburg – It’s a small town known for its railroads history and Amish culture. A 45-minute rail ride in the oldest steam trains will give you an unforgettable experience of moving around the city and getting contended with its beauty. The Railroad Museum of Pennsylvania has the exhibits of the historic rail artifacts and over 100 locomotives and cars dated back from the 19th and 20th centuries.

3. The Gettysburg National Military Park – This site in the Gettysburg battlefield where the 1863 civil war was fought. It took the lives of around 51k people in the short span of just three days of the battle and now the park is filled with many monuments and markers.

4. The intercourse – It’s also known as the people’s place as the city introduces some historic arts and crafts of the Mennonites, Amish, and the Hutterites. The place has the local craft products, cakes and pastries, etc.

5. The Pennsylvania state capitol – Is located in the Harrisburg, defined as the finest pieces of architecture in this small city. It was built in the year 1906 with a huge dome and the interior designs based on the Paris Grand Opera House.

The Pennsylvania Department of Military and Veterans Affairs (DMVA) came into power in the year 1973, under the Pennsylvania General Assembly. The governor appoints an adjutant general who is responsible for all the activities under the DMVA.