Our law firm’s founding partners, Michael Waddington and Alexandra Gonzalez-Waddington, graduated from Temple University School of Law in Philadelphia, PA. In addition, Mr. Waddington is a member of the American Board of Criminal Lawyers. The ABCL is regarded as one of the most esteemed legal organizations comprised of some of the best defense attorneys in the country. Membership is by invitation only and is limited to extremely experienced defense attorneys that have ten or more years of experience defending criminal cases. In addition, they must have defended 50 or more felony cases during this time and must have won 35 or more jury trials.

Also, he was voted a “Super Lawyer” in Georgia and is ranked Superb on AVVO.com. Some of his cases were made into television shows, such as “Killings at the Canal,” a CNN documentary special that unveils what caused the murders of Iraqi terrorists by Army soldiers. He also regularly teaches defense lawyers on trial law.
Our hard-hitting military criminal defense lawyers will use our knowledge to defend your court-martial or ADSEP case. 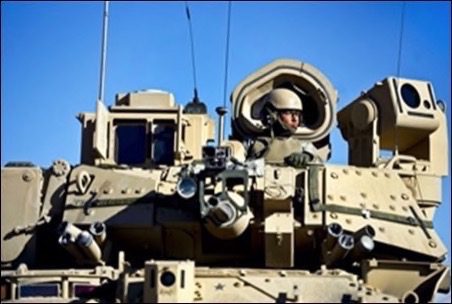 Carlisle Barracks is a US Army facility in Carlisle, Pennsylvania. It is the second oldest military base in the United States and is in the small city of Carlisle in Pennsylvania.

Carlisle Barracks is the nation’s second-oldest active military base and is located in Cumberland County, southern Pennsylvania, about 20 miles south of Harrisburg. It was founded in 1757 as the second oldest army base in the United States, after the Hessian Powder Magazine, which was built on the site in 1777.

The site was burnt down by the Confederate Army in 1863 and housed the controversial Carlisle Indian School. The famous sportsman Jim Thorpe and 10,000 other Native American children attended the school on the grounds of the renowned US. Army War College from 1879 to 1918. The barracks was also home to the Indian Industrial School, which American football semi-pro Jim Thorpe attended.

Carlisle Barracks house the United States. Army War College, the. Army Physical Fitness Research Institute, the Peacekeeping and Stability Operations Institute, the. Army Heritage Education Center, the Strategic Studies Institute and the Center for Strategic Leadership. It is the second oldest army base in the country and offers visitors a unique opportunity to explore the country’s military history. The Barracks Installation Management Agency is the institution that supports the US Army’s War College and Field Operations Agency in training and preparation of Army Officers and leaders at the highest level.

The first US Army educational institution, the Artillery School, was founded in 1778. Over the years there were ten different army schools, including the Carlisle Indian Industrial School (1879-1918). During the Revolutionary War, numerous sizeable brick buildings were erected at Carlisle Barracks as military camps to house the workers of the revolutionary government, and they devoted themselves to the administration of the Army Order Office.

The U.S. Army eventually took control of the compound, which became one of the most important hospitals in the United States. The U.S. government also built six war schools to train soldiers for war.

The Carlisle Indian Industrial School was the first private boarding school founded to educate and assimilate Native American children into the European-American culture. The state-run school took drastic steps to isolate Native American students from their culture including cutting their braids, donning military-style uniforms and punishing them for speaking their mother tongue. After the entry of the United States into the First World War, the school was closed and ownership transferred to the War Department.

Carlisle Barracks is now designated as a service management agency for the ongoing mission, which includes support for the Army War College. Much of Carlisle’s military experience is at the Army Historical Education Center, which is affiliated with the college. The U.S. Army Military History Institute, located in Ridgway Hall at War College, has one of the largest military history libraries in the world, with over 300,000 volumes covering all facets of the U.S. Army’s military history.

As for the U.S. Army War College, we take great pride in providing our guests the highest quality of service and hospitality. It consists of 45 fully equipped units located in three buildings: Ashburn Hall, Pratt Hall and Washington Hall. Carlisle Barracks Exchange in central Pennsylvania supports barracks and remote communities in the region including Fort Indiantown Gap, PA, and the Air National Guard in Middletown. The school points out that Carlisle Barracks also houses the US Army Installation Management Command and the Peacekeeping and Stability Operations Institute at the facility.

Families with children living in post offices can attend school in the local community or at another base. The army huts on the site provide temporary accommodation for authorized personnel in need of accommodation. Those who cannot be accommodated in the facility can be asked for help finding housing in a local community.

There are no DoD schools in Carlisle Barracks, but military families living outside the Army War College training area can send their schoolchildren to the Carlisle School District. Military families in these facilities have the option of enrolling their children in family care offered locally or in a private home.

The most important are the Dunham Health Clinic, the Dental Care System and the Criminal Investigation Division of the U.S. Army War College Network Enterprise Center. Active and retired military personnel and family members are entitled to use the Veterinary Medical Treatment Facility in Building 627-A. For more information, call 717-245-4168 or DSN 312-242-4 168 to make an appointment. On site, the Army Contract Command (MICC) handles the daily procurement requirements for various base agencies and organizations.

To ensure that Carlisle Barracks complies with the presidential directive 12 of Homeland Security, which requires the facility to inspect 100% of visitors and non-evacuated contractors entering the facility. Anyone who arrives off-duty and needs help is asked to call the Carlisle Barracks on-call manager at 717-245-4342 or 4115 for contact information on billets if needed.

The commander of the army, William T. Sherman, approved a petition ofRichard Henry Pratt to use the barracks as a model for an Indian school. The new commander, Lt. Gen. Joseph M. Swing, transferred in July 1951 to the College of Pennsylvania and handed over the command in time for the arrival of the First Carlisle Base Class to his successor, Lt. Gen. Edward M. Almond.

Described as “the most strategically important 500 acres in the US Army,” it is no small part thanks to the status of Carlisle Barracks as home of the Army War College.