Cities in Georgia where our military defense attorneys represent service members at court martial and in administrative separations:

Camp Frank Merrill is named after General Merrill who is most known for his command of the 5307th Composite Unit or “Merrill’s Marauders.” The Unit advanced 750 miles, more than any other Army unit of World War II, through the jungles of Burma harassing Japanese soldiers. The Camp itself is home to the 5th Ranger Training Battalion and the Army Ranger School conducts mountain training there, which seems fitting considering the name sake of the base.

Fort Benning South, Georgia is an Army post established in 1918 in honor of Brigadier General Henry L. Benning, an Army General born in Columbus and serving the confederate forces. It is currently operated by the Training and Doctrine Command and the Forces Command. The base is located in Columbus, Georgia.

It is capable of deploying Military forces by air, rail, and road. The base is home to the US Army Maneuver Center, Armor School, Infantry Training Center, Western Hemisphere Institute for Security Cooperation, the 75th Ranger Regiment, the 3rd Heavy Brigade Combat Team, 3rd Infantry Division, and the 14th Combat Support Hospital. Fort Benning is a large military community with a population of over 120,000 which includes active-duty personnel, family members, reservists, retirees, and civilians. 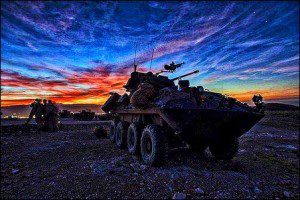 Fort Gillem is an Army post that serves as one of the Headquarters of US Army Garrison’s satellite installations. The main body of the US Army Garrison is housed in Fort McPherson, in effect making Fort Gillem a direct subsidiary of the said Fort. The base is home to various support and supply units and has a population of 456 military personnel, 1,663 reservists, and 1,667 civilians in a land area totaling 1,465 acres. The base is now home to First US Army and a multitude of other tenant units.

Fort Gordon is an Army post located in Augusta, Georgia. It was established in 1941 and named after Major General John Brown Gordon of the Confederate army who was a native of Georgia. The base is home to the US Army Signal School, the 35th Signal Brigade, the 513th Military Intelligence Group, the Dwight D. Eisenhower Army Medical Center, and the Navy Information Operations Command, Georgia.

The US Army Signal Center, headquartered in Fort Gordon, trains the most soldiers than all other training centers in the US Army. It has the primary mission of employing training, doctrine, force integration, and mobilization of units stationed in the base. The base covers 56,000 acres and employs 4,600 civilians and 12,000 active duty and reservist personnel.

Fort McPherson is to be closed and its satellite installation, Fort Gillem, is to be reduced to a military enclave on September of 2011. The base is currently home to 2,453 military members and 3,784 civilian personnel.

Fort Stewart is an Army installation located in Liberty and Bryan Counties, Georgia. The base is named after General Daniel Stewart, a Native of Liberty County, who had fought in the American Revolution. The installation was established in January of 1941 and encompasses 280,000 acres in five counties.

Fort Stewart is the largest of all military installations in the Eastern US. It is currently home to the 3rd Infantry Division. Because of the perfect training location in the base, 50,000 soldiers can be accommodated for training in the premises annually. Due to Fort Stewart’s close proximity to the port of Savannah and the Hunter Army Airfield, the fort can ensure rapid deployment of the 3rd Infantry Division. Fort Stewart served as a mobilizing station for Army units deployed in Operation Iraqi Freedom.

Hunter Army Airfield is a military base in Savannah, Georgia. It is under the control of nearby Fort Stewart. The airfield was established in 1929 as Savannah Municipal Airport.

The army was only able to establish a base in the airfield in August of 1940. The runway is 3.5 kilometers long and features aircraft parking areas totaling 350 acres. The airfield is tasked to support deployment of the 3rd Infantry Division from nearby Fort Stewart to worldwide destinations. The airfield is also recognized as an alternative Space Shuttle landing site. Other tenants housed in the airfield are elements of the US Coast Guard. 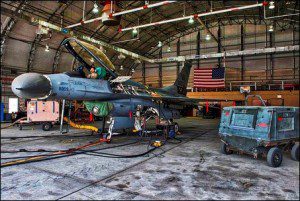 Moody Air Force Base is a military base in the Lowndes & Lanier counties, near Valdosta, Georgia. It is home to the 23d Wing and the 347th Rescue Wing, the only Combat Search and Rescue Wing of the Air Force. Moody was originally named Valdosta Airfield but was renamed Moody Army Airfield shortly after

It was named after Major George Putnam Moody, a pioneer of the early Air Force. Incidentally, the plane George Major Moody piloted and died in, is the plane used extensively during the early years of the air base. The base is home to more than 3,637 active duty personnel, 5,229 of their family members, and 462 civilian workers.

Robins Air Force Base is a major base operated by Air Force Material Command and located in Houston County, near Warner Robins, Georgia. It was established in 1942 and is currently home to the 78th Air Base Wing and the Warner Robins Air Logistics Center of the Air Force Materiel Command. The base is named after Brigadier General Augustine Warner Robins, considered to be the father of logistics in the Air Force. Robins AFB is currently Georgia’s largest industrial complex. With $3,298,814,000 worth of facilities, 3.8 million square feet of maintenance shops and almost the same area for storage space, and 1.7 million square feet of administrative space, the base is considered one of the largest southern Air Force bases.

Marine Corps Logistics Base Albany is located in Albany, Georgia. The base is tasked with rebuilding and repairing ground-combat and support equipment including supporting Marine Corps installations on the US’ East Coast. It is one of only two Marine Corps bases of its kind, the other one being MCLB Barstow, California. 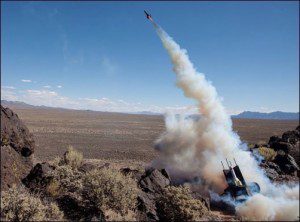 Naval Submarine Base Kings Bay is a Navy base located in Camden County, southeastern Georgia. The land area of the base, measuring 16,000 acres, is home to more than 9,000 active duty and civilian personnel. The Naval Submarine Base is now home to the Ballistic Missile nuclear submarines of the US Navy Atlantic Fleet. The submarines operated by the base are armed with Trident missiles with nuclear capability.

Naval Air Station Atlanta, now reestablished as General Lucius D. Clay National Guard Center, is a navy airport now operated by the Georgia Army National Guard. The air station is located in Cobb County, near Marietta, Georgia. The base was under the control of the US Navy before its transfer of ownership to the National Guard of Georgia on September 26, 2009.

NAS Atlanta had the primary mission of training Navy and Marine Corp reserve personnel who were assigned to various aviation and non-aviation reserve units. The station used to be home to the Marine Air Group 42, Carrier Air Group 20, three Navy squadrons equipped with F/A-18s, E-2s and C-9s, two Marine Corps squadrons equipped with F/A-18s, AH-1Es and UH-1s, and several other commands. The decision to close down the base was finalized by the Base Realignment and Closure commission on 2005.

We find a lot of places around the world names after their leaders, owners, or some great people who have worked for a cause etc. but there is a country which is named after a king who is not even from the continent and that is Georgia which is one of the renowned state in united states of America and the king whom its named after is King George 2 of Great Britain. It is one among the seven federal states that were originally formed. And it has great history and importance among the 50 United States.

We can surely imagine how much these Georgians might have having by living by boarder south to Florida. It’s a great holiday spot very nearby and having Tennessee in its north along with North Carolina. Its resided by Atlantic Ocean on the east and also the South Carolina and Alabama on the west.

Atlanta being the capital city of Georgia there are also many other cities that are very well known as Athens, Columbus, Augusta, Macon, Savannah and are engaged with good population over all. Its population was estimated as 1.1 million by the end of 2014, with an increase of 409,690 from 2010 with a ratio of 2:1 for births to death and increased migrants in to country at six hundred and seven thousand approximately. Among the population whites are being at dominant number of 56% and blacks or American Africans being at 30% and the rest as American Indians, Hawaiians, Alaskans, pacific islanders, Hispanics and Latinos and etc.

Jimmy Carter, the president of the United States had run for the position from his constituency in Georgia from 1977 to 1981. The state itself was named King George-2 of Great Britain as it was colonized by his trustee James Oglethorpe and before British it was habitat to mound building cultures after colonizing the king appointed a Governor for crown control over the colony and so it was the crown colony. Later after joining the American revolution against British rule and was declared independent in 1776, and then the first constitution got accessible in 1777 and it stood as tenth state to get confederated on July 24th, 1778 and also last to confederate of the reconstruction of union among the states of united states.

It is enriched with beauty of Atlantic coast and the mountain ranges with exotic flora and fauna and one of the largest collections of soft drink memorabilia at coca-cola world. Tourists are also seen visiting civil war sights all over Georgia that is approximately 400 in number, and the island that is known as Cumberland with its long seashore and can catch your eyes with wild horses running around you in the island.

Georgia being affected by war background and a long history of civil war that has been maintained the toughest security provisions, as it holds one of the best United States military installations and this means a great support to the whole country. Some of the main stream military installations are naval submarine base Kings Bay, Robins Air Force base, Moody Air Force base, Fort Benning, Fort Gordon, Marine Corps logistics base Albany, Dobbins Air Reserve base, Hunter Army Airfield, Coast Guard Station Brunswick, and last but not least the Fort Stewart.