Cities in New Mexico where our military defense attorneys represent service members at court martial and in administrative separations:

White Sands Missile Range is a US Army rocket range encompassing 3,200 square miles, making it the largest installation of the US Armed Forces. The base is located in southern New Mexico and covers five counties. The installation houses the Oscura Range and the Otera Mesa Bombing Range. Together with the 600,000 acre Fort Bliss Range Complex, the area covered makes it a perfect testing site for the military.

The White Sands Missile Range is home to the Ground Support for the Tracking and Data Relay Satellite network, the Solar Dynamics Observatory, the Orion Project Launch Abort Flight Test Complex, and various Missile Testing and range recovery operation groups. The primary mission of the installation is to provide Army, Navy, Air Force, and the Department of Defense with high quality services for design, experimentation, test, research, assessment, development, and training for new missile technologies.

Cannon AFB was originally scheduled to be closed as ordered by the Base Realignment and Closure commission but the decision was later overturned due to strong objection by Governor Bill Richardson. However, the base’s F-16s were withdrawn. Fortunately, the base is scheduled to receive newer aircraft to replace the F-16s.

Holloman AFB is operated by Air Combat Command and located in Otero County, near Alamogordo, New Mexico. The base was built in 1942 and is currently home to the 49th Wing. It is named after Col. George V. Holloman, who pushed for guided missile research. Holloman AFB’s land area totals 59,639 acres.

On May 1 1996, the German Air Force Tactical Training Center was established in the base. With this, hundreds of military personnel and 12 Panavia Tornados arrived at the base to conduct advanced tactical training before returning to Germany. There are currently 650 German personnel and 25 Tornado aircraft in the base.

Kirtland AFB is AFMC’s third largest base and is home to 4,200 active duty personnel, 3,200 Air Force Reserve, and 1,000 Air National Guard personnel as well as their families. It covers 51,558 acres in land area.

The state ranks fifth in size in United States. The state is bordered by Colorado on the north and Oklahoma on the east and by Texas on the south and on the west by Arizona. The name New Mexico was given in 1563 and again in the year 1581, when it was bel
eved by Spanish explorers that this area contained much cultural impact like those of the Aztec culture.

New Mexico boasts of its incredible scenic and diverse landscapes. The natural recreational resources have favored tourism to be a leading economic activity.

Shopping and historical sites are the most famous attractions in the sea shores of Jersey. The resorts alongside the sea shore provide excellent dining and gambling is quite famous here. It gives visitors fantastic experience of the nature.

The distinctive cuisine and impressive fine arts provides visitors an unforgettable experience. White Sands national monument is one of state’s top rated stunning landscapes. Deserts, caverns and snow-capped peaks are some of the most prominent geographical relief features of New Mexico.

Carlsbad Caverns national park is situated in the underground. It is believed to have been formed from the ancient sea is most of the most famous tourist attractions. The Sand peak tramway is a definite worth seeing attraction in Albuquerque.

Santa Fe Opera house provides a beautiful art and scenery. The most common outdoor attractions include fishing, camping, boating and skiing. The canyon road is a fun place with scenic beauty. New Mexico has moderate climate conditions. During winter the temperatures are quite colder and while in summer the temperature is mild. The hot air balloon festival, opera season and Art festivals are quite famous tourist seasons ever year. 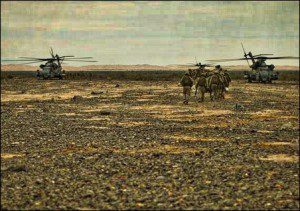 New Mexico holds four military bases. Of which all of them are air force base except one which is an army rocket range.

The army rocket range also acts as a training center for new missile technologies. They assist the various forces in design and development. The air forces bases are Cannon Air force Base located in Curry County. It is operated by the Air force special operations.

Six hundred and fifty German personnel and twenty five tornado aircrafts are currently placed in this base. Kirtland Air force base is located near Albuquerque in New Mexico. It acts as the hole of 377th Air base operation wing and nuclear weapon center. Kirtland Air force is the third largest AFMC (Air Force Material Command) base. The base covers an area of about 51,558 acres of land.