We have successfully gone to bat for and exonerated US Service members stationed around the world. Review our trial outcomes with different defense counsel. The dogged defense attorneys at Gonzalez & Waddington have gained a reputation for fighting for US Service members at bases such as White Sands Missile Range. If you are stationed at White Sands Missile Range and are accused of a military crime, retaining the most experienced court-martial lawyers can be the difference between having your rights trampled versus winning your case or saving your career. Our defense lawyers enthusiastically fight for White Sands Missile Range American US service members in punitive and non-judicial matters to include: Sexual assault, Manslaughter – Article 119, UCMJ, Child Pornography, Desertion – Article 85, UCMJ, or Kidnapping – 125, UCMJ. 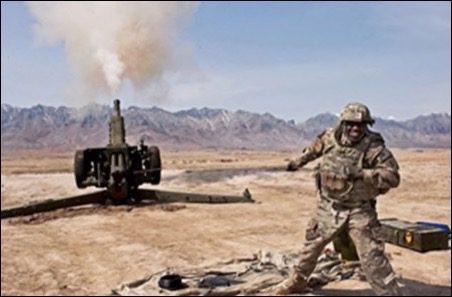 Unlike many defense counsels or your appointed Army, Navy, Space Force, Air Force, or Marine Corps defense counsel, pleading out is not something we often do. When our military defense lawyers take your case, our criminal defense lawyers force the military to give us the discovery and prove their case. We take almost every case to a trial and fight the allegations in front of a military jury.

Whether you are dealing with allegations for Sexual offenses, Maiming – Article 128a, UCMJ, Sexual Abuse of a Child under Article 120b UCMJ, Attempts – Article 80, UCMJ, or Burglary; Unlawful Entry – Article 129, UCMJ our court-martial defense lawyers’ military trial results should be compared with other criminal defense counsel. Our client and his or her well-being is our principal concern we take on an allegation. Our military criminal defense attorneys keep smaller caseloads than the average assigned military defense counsel so that we can concentrate on each trial on an individual basis. Your case will not be outsourced to a third party, and we will not power you into pleading guilty at the last minute. Our military defense counsel have successfully defended court-martial proceedings and administrative separation boards in the US and globally.

These guides are used by criminal defense law firms in the United States and worldwide. Alexandra was one of the first defense attorneys to work as a Public Defender for the Augusta Judicial Circuit. Our firm’s other founding attorney, Michael Waddington, graduated from Temple Law School in Philadelphia, PA, and is a current member of the American Board of Criminal Lawyers, one of the most honored legal organizations made up of some of the most accomplished criminal lawyers in the country.

Contact us today to speak with our hard-core defense counsel.

Armed forces personnel living at White Sands Missile Range merit unrelenting civilian defense lawyers to represent them at their court-martial proceeding or administrative separation (ADSEP) proceeding. Therefore, if you or a family member are located at White Sands Missile Range and are accused of a Uniform Code of Military Justice offense such as Sexual assault, Manslaughter – Article 119, UCMJ, Sexual Assault of a Child, Desertion – Article 85, UCMJ, or Insubordinate Conduct Toward Warrant Officer, Noncommissioned Officer, or Petty Officer – Article 91, UCMJ or if you are sent to an administrative separation then call our aggressive military defense lawyers right away.

In 1945, White Sands Proving Grounds began testing long-range missiles, and the Trinity Atomic Bomb Test was the history a short time after the base began operations. The US Army test 67 hijacked V-2 rockets at the White Sands v-2 launch site, now known as Launch Complex 33, and the test led to rocket technology that helped us build nuclear missiles and space rockets.

In 1944, during the Second World War, the War Department looked for a suitable location to test missiles. After the attack on Pearl Harbor, the United States of America leased more land to build a massive bombing base. Thus, in November 1944, a land-based test area was selected for rocket research.

Plans to build a land-based test site were drawn up in the autumn of 1944 following the rocket research of Robert Goddard and the successful launch of the German V-2 rocket. Major General G. M. Barnes played an important role in the construction of the White Sands Missile Range.

DURING WORLD WAR II, the US military established a permanent presence in the Tularosa Basin, creating White Sands Proving Grounds (also known as the White Sands Missile Range) and Alamogordo Bombing and Gunnery Range (now known as the Holloman Air Force Base). Modern activities at the facility include the White Sands Test Center, a manned tactical system for electromagnetic radiation testing, missile testing, and range recovery operations. Other organizations at the missile site include the 46th Test Group, the Second Engineering Battalions, the 746th Test Squadron, the Army Research Laboratory, the Countermeasures Center, and the National Geospatial-Intelligence Agency.

The McGregor Range, one of the most important range installations in the United States to date, fulfills its purpose by offering a wide range of testing facilities for weapons and other equipment to private and public customers. The seclusion of the range guarantees the safety of the civilian population from explosions and the effects of weapons and equipment tested on the range.

The White Sands Missile Range mission is to provide military, navy, air force, Department of Defense, and other customers with high-quality services for experimentation, testing, research, evaluation, development, and training in support of nations” wars.

Its centralized offices are located about 27 miles south of Las Cruces, New Mexico, and 45 miles north of El Paso, Texas. Due to its proximity to Fort Bliss and its 2,400 square kilometers, the range is vast for military testing. NM 213 starts in South Chaparral in New Mexico and ends at US Highway 70.

The White Sands Missile Range (WSMR) is a military test site of the US Army. The official mission statement of the US Army garrison at White Sands is described on the Army’s official website as including the functions of a DoD open-air missile facility to facilitate research, training, development, testing, experimentation, and development of missile defense systems and other military platforms, including drones and space missions. The White Sand Missile Range in New Mexico provides innovators in military and allied defense technology with research, development, testing, evaluation, experimentation, and training facilities to ensure the “defense readiness” of our nations.

White Sands Missile Range is located in the south of New Mexico, USA, where the White Sands test center is located, where the world’s first nuclear test took place in 1945. The base covers an area of 3200 square kilometers. The State of New Mexico recognizes it as a historic launch site for various space programs and as a location where advanced equipment is tested for testing bombs, missiles, and other equipment for the US military and the Department of Defense as a whole is located. In addition, white Sands Space Harbour is used as an alternative landing site for orbiters and training ground for astronauts taking part in shuttle missions.

The Air Force funded Lockheed Martin to develop the Athena laser, an airborne drone swarm, and in 2018 tests were conducted at White Sands with a mounted Stryker infantry tank. In early 2019, the US Navy moved its prototype electromagnetic rifle (EMRG) from a test site in Virginia to the vast expanse of White Sands. The EMRG was subjected to a shakedown test before deciding on its further use and development.

The UCMJ forms the backbone of the military’s legal system and applies to all active duty, national guard and reserves, and retired armed forces personnel across all branches. If you or someone close to you has been charged with a crime under the UCMJ, you must turn to our firm for help right away. Find a hard-hitting court-martial counsel at Gonzalez & Waddington. As a former member of the US Army’s Judge Advocate General’s Corps (JAG), relentless criminal defense attorneys, Michael Waddington has a history of representing White Sands Missile Range, NM American Soldiers, Sailors, Airmen, Marines, and Coasties in both UCMJ and non-judicial matters.

Our unrelenting military defense lawyers at Gonzalez & Waddington will arrange free counseling to discuss your allegations in detail and explain how they will fight your case, which is different from most military attorneys. Use the contact form contact our implacable military counsel at Gonzalez & Waddington for legal advice. Call to speak to our determined defense attorneys at Gonzalez & Waddington.
Click here for: Closing Arguments Examples
Criminal lawyers Michael Waddington & Alexandra Gonzalez-Waddington have extensive experience handling all types of criminal charges, ranging from Sexual crimes, Aggravated Assault – Article 128, UCMJ, Indecent Act, Accessory After the Fact – Article 78, UCMJ, or Disrespect Toward Superior Commissioned Officer.

Our hard-core military attorneys at Gonzalez & Waddington use their training to put together an aggressive winning defense against serious allegations in federal, military, and state courts.