When You Need a Court Martial Lawyer in Atlanta Georgia

The aggressive court-martial defense attorneys at Gonzalez & Waddington have developed a reputation for representing military members at Army, Navy, Marine Corps, Navy, and Coast Guard installations worldwide. If you are stationed in Atlanta GA and are suspected of a military crime, then having the most aggressive criminal defense attorney can be the difference between losing your case versus winning your case or redeeming your career. Our military attorneys represent Atlanta GA military personnel in both UCMJ and administrative matters to include defending military personnel accused of sex assault, drug use, and other offenses under the UCMJ.

This film is a great example of why you should hire the best defense attorneys that you can find.

Unlike most civilian defense attorneys or your assigned military attorney, pleading guilty is an option of last resort. When our attorneys are hired, we make the military to prove their case. We take just about every criminal case to trial and fight the allegations in front of a panel.

Our military court martial results speak for themselves. The accused service member and his or her future is our principal concern. Our court martial defense attorneys keep smaller caseloads than the average free defense lawyer so that we can focus on every case on an individual basis. Your case will not be delegated to a third party and we will not intimidate you into a guilty plea at the last minute. Our military attorneys have contested military court martial and administrative separation (ADSEP) cases in the United States and globally.

Our experienced Article 120 UCMJ court martial defense attorneys will use our skills to fight your court martial or administrative separation case in Atlanta GA.

Military service members working in Atlanta GA merit the best military defense lawyers available to represent them at their trial or ADSEP proceeding.

If you or a loved one are stationed in Atlanta GA and are accused of a military offense such as sexual assault or if you are facing an admin separation, NJP, elimination board, letter of reprimand, then call our court martial lawyers now. 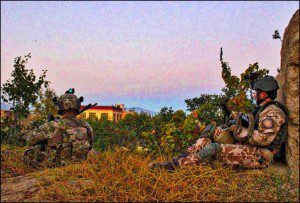 The capital of Georgia is Atlanta, which is also the city with the biggest population in Georgia. The city population is 447,841. Atlanta area, which is the ninth biggest metropolitan area in the US, has 5,522,942 inhabitants. The city of Atlanta was founded in 1837 and is the Futon County seat. Atlanta boasts of being the national commerce center. Both the leaders and the people of the city are known for being progressive, which is why Atlanta is called the ‘’too busy to hate’’ city. The subway is the main transportation service in the city.

134 square miles of the city is land and only 0.85 miles is water. The city rises to 1,050 feet above sea level. The Appalachian Mountains and their foothills are the area in which Atlanta is situated. Chattahoochee River ridge is the place atop which Atlanta stands. Nature is both secured and preserved, and now there is even the National Recreation Area. The climate is both humid and warm, with hot rainy summers and relatively mild winters. 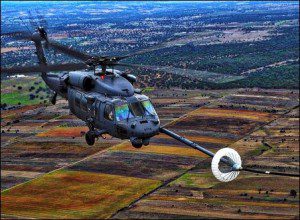 Back in the past, before the settlers came, the area was populated by the Cherokee and Creek Indians. Savannah port is now connected with the city thanks to Western and Atlantic railroad which was built in 1836. There was a proposition made by J. Edgar Thomson, who was the chief engineer of the railroad to rename the city into ‘Atlantica-Pacifica’. But in the end, the name Atlanta remained. The military had a lot of benefits from the Atlanta railroads because they could distribute their supplies across large areas. Some of the big battles were fought in the Atlanta region, from which Battle of Atlanta was the biggest. At the end of a long siege, General Sherman gave the order to burn Atlanta. Only hospitals and churches were spared from the disaster. Maynard Jackson was the first black mayor of the city. He modernized the airport and Atlanta became one of key towns for transportation. Summer Olympic Games were held in Atlanta in 1996. Because of that occasion, both transportation infrastructure and many of the city parks were modernized, making Atlanta an even better place to live than it was before.

The industry in the city is simply booming. Atlanta is considered to be one of the best cities for new businesses. Some of the biggest corporations in the world have their headquarters in the city. Some of them are Coca-Cola, UPS, Turner Broadcasting, Delta Air Lines, Home Depot, AT&T Mobility and many more. The city is fourth when it comes to the international companies’ headquarters. More than a thousand big companies are situated in the city perimeter. And not only is it one of the most prosperous cities in USA, but it is also one of the biggest cyber-cities in the US. Some of the top sectors are: trade, utilities and transportation, government, leisure, manufacturing, construction and many more. The biggest employer in the city is Delta Air Lines, which employs 22,257 people. The company helped Hartsfield-Jackson airport to become the busiest airport in the world. Atlanta is also home to WTBS, one of the biggest television companies. The company airs channels like Boomerang, CNN International, Cartoon Network, CNN Airport news, TNT and many more.

The former Fort McPherson was located on the southwest side of Atlanta. The base got its name after Major Gen James Birdseye McPherson. Army force command, reserve command and army central were all located in the base. The base was founded in 1885, even though it was functioning properly ever since 1835. It took a few decades to formally establish the base. During that time, Fort McPherson was in use by the Confederate Army.