Camp Kinser is only one of the several Marine Corps bases that comprise the Marine Corps Base Camp Smedley D. Butler complex. It is situated in the most southern part of the Okinawa region which is also in close proximity to Naha and near Urasoe city where East China Sea is found. Just like most of the marine bases, Camp Kinser was named in honor of Medal of Honor posthumous recipient, Sergeant Elbert L. Kinser, who fought against the Okinawa invasion during World War II.

The camp has evolved well through the years. Today, it is not only equipped with facilities such as the AAFES PX, DeCA Commissary and 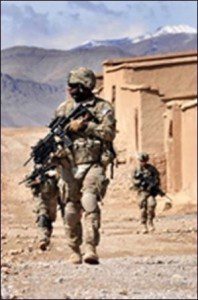 AAFES Shoppette but it also features famous restaurants and fast-food eateries most notably Subway, Taco Bell, and Pizza Hut in addition to the food court and recreational centers.

At Gonzalez & Waddington, LLC, we have a team of civilian-military defense lawyers who provide legal assistance for service members who were formerly based at Camp Kinser.If you need any kind of legal service that involves fighting court-martial cases, administrative proceedings, and military separations, and non-judicial punishment, our attorneys are ready to help.

We represent and aggressively defend members from the Army, Navy, Air Force, Marine Corps, and the Coast Guard not just for the bases in Okinawa, Japan, but throughout the world including the United States, Europe (Germany, Italy, England, Spain, Cypress, Belgium, Turkey), the Middle East (including Bahrain, Kuwait, Afghanistan, Qatar), and the Pacific Rim (Korea, Guam, Hawaii).

Our team of lawyers have decades of combined experience and expertise in the following legal matters: