The military base in Okinawa, Japan is known as the Marine Corps Base Camp Smedley D. Butler or simply the Butler Marine Base after legendary Marine Medley D. Butler, was built in 1955 and operated by the United States Marine Corps until the present. Before it became Camp Butler, it was formerly known as Camp or Fort Buckner after Army General Simon Bolivar Bucker, Jr. who died while on command of ground forces fighting the invasion of Okinawa. But the name change only happened after operations of the base were transferred to the US Marine Corps and most of the US troops left the region.

Butler Marine Base Camp is only one of the other various marine stations in Japan, but what makes the Okinawa installation unique from others such as Camp Fuji and Iwakuni Station is the setup. Unlike many bases, it is composed of different camps that are physically scattered throughout the island. Included in the Camp Butler complex are Camp Gonsalves, Camp Schwab, Camp Hansen, Camp McTureous, Camp Courtney, Camp Shields, Camp Foster, Camp Kinser, and Camp Lester.

If you were a former service member at Butler Marine Base needing legal representation or advice, Gonzalez & Wadding, LLC can be of assistance for your legal needs. We are an international criminal defense law firm with a team of renowned lawyers specializing in a wide range of legal services including: 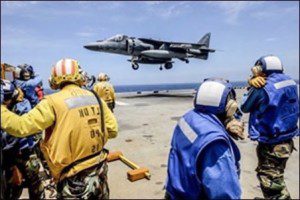