When You Need an Experienced Court Martial Lawyer in San Antonio

Our defense lawyers have successfully represented service members around the world.

The hard-hitting court-martial defense lawyers at Gonzalez & Waddington have earned a reputation for defending service members worldwide. If you are stationed at Joint Base San Antonio and are accused of a military crime, then hiring the most hard-hitting military defense attorney can be the difference between getting convicted versus winning your case or saving your career. Our military criminal defense lawyers represent Joint Base San Antonio service members in both criminal and administrative matters to include representing service members accused of sexual assault, rape, and other crimes under the UCMJ. 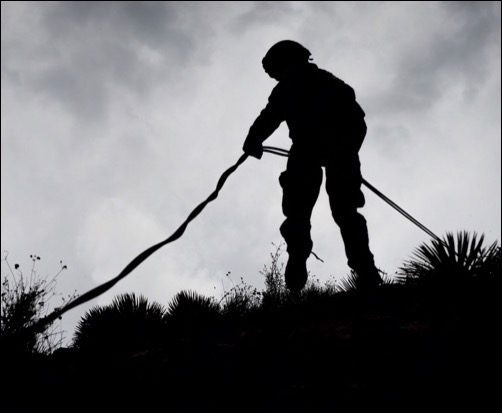 What you find with this facility is that you have medical training, officer training, standard soldiering, air controller, comptroller and air pilot training.  The combination of soldiering that is under the umbrella of Joint Base San Antonio allows the different facets of armed forces to learn to work together as well.

So if you are at Joint Base San Antonio, whether Army or Air Force if you are faced with a military legal matter contact our knowledgeable law firm, Gonzalez & Waddington, and we can assist you.   We represent military personnel who serve at Joint Base San Antonio, Texas as well as U.S. bases around the world. With the expertise of our court martial lawyers, we are able to represent clients and fight court-martial cases throughout the United States, Europe (Germany, Italy, England, Spain, Cypress, Belgium, Turkey), the Middle East (including Bahrain, Kuwait, Afghanistan, Qatar), and the Pacific Rim (Yongsan Korea, Camp Casey Korea, Camp Humphreys Korea, Okinawa Japan, Guam, Yokota Japan). Our legal team competitively defends Marine Corps, Army, Air Force, and Navy service members.

Unlike most civilian court-martial defense attorneys or your assigned US Army lawyer, pleading guilty is not something we do often. Our attorneys compel the Army to prove their case. We take almost every case to trial and fight the allegations in front of a military panel.

Our Army court-martial victories speak for themselves. The suspected service member and his or her future is our principal concern. Our criminal defense attorneys maintain smaller caseloads than the usual appointed Army military defense lawyer so that we can concentrate on each case on an individual basis. Your case will not be outsourced to a third party and we will not intimidate you into a guilty plea at the last minute. Our military defense attorneys have successfully fought Army court-martial and administrative separation (ADSEP) cases in the U.S. and globally.

Our law firm’s founding partner, Michael Waddington, graduated from Temple Law School in Philadelphia, PA and is a current member of the American Board of Criminal Lawyers. The ABCL is regarded as one of the most honored legal organizations made up of some of the most respected criminal lawyers in the country. Membership is by invitation only and is exclusive to highly accomplished defense lawyers that have at least 10 years of experience defending criminal trials, at which time they must have defended 50 or more felony cases, and must have won 35 or more jury cases.

Also, he was voted a “Super Lawyer” in Georgia and is rated Superb on AVVO.com. Some of Michael Waddington’s cases were made into documentary films, such as, “Taxi to the Dark Side.” He also regularly teaches defense lawyers on criminal law.
Our experienced Army military defense lawyers will use our history to fight your court-martial or administrative separation case at Joint Base San Antonio.

Call today to consult with a hard-hitting court-martial defense attorney.

Military personnel working at Joint Base San Antonio deserve the best military attorneys possible to represent them at their court-martial or administrative separation board.

If you or a family member are stationed at Joint Base San Antonio and are accused of a military crime such as sexual assault or if you are facing an administrative separation, Article 15, show cause board, letter of reprimand or GOMOR, then call our court-martial attorneys immediately.