When You Need a Court Martial Lawyer in Panama City, FL

Our military defense lawyers have successfully represented military service members around the world.

The experienced military criminal defense attorneys at Gonzalez & Waddington have developed a reputation for representing military members at military installations worldwide. If you are stationed in Panama City, FL and are under investigation for a military crime, then having the most hard-hitting military lawyer can be the difference between having your rights trampled versus winning your case or redeeming your career. Our military defense lawyers represent Panama City, FL military personnel in both criminal and administrative matters to include representing military service members suspect of sex assault, rape, and other offenses under military law.

This film is a perfect example of why you should retain the best military defense lawyers that you can find.

Unlike most civilian criminal defense lawyers or your free military attorney, pleading guilty is an option of last resort. Our lawyers make the military to prove their case beyond a reasonable doubt. We take just about every case to trial and fight the allegations in front of a jury.

Our military court martial outcomes speak for themselves. The suspected military service member and his or her future is our main concern. Our court martial lawyers keep lighter caseloads than the average appointed military defense attorney so that we can focus on every case on an individual basis. Your trial will not be delegated to a third party and we will not power you into pleading guilty at the eleventh hour. Our defense attorneys have successfully fought military court martial and administrative separation (ADSEP) cases in the United States and globally.

If you or a loved one are stationed in Panama City, FL and are accused of a military offense such as sexual assault or if you are dealing with an admin separation, Article 15, elimination board, reprimand, then call our military defense lawyers right away.

Information on Panama, the Country 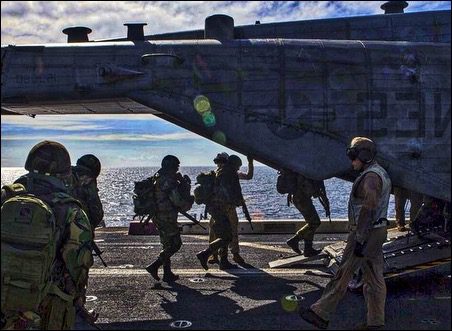 Located between the tropical rain forest on the northern side and the Pacific Ocean, Panama is the largest city and also the capital of Republic of Panama. This city consists of multiple high rise buildings giving it a dense skyline. This is also the largest city between Pensacola and Tallahassee which is located along the route 98 of the U.S. The population of this place according to the census of 2010 was 36,484. Currently, it has a population of 880,691, with the metro population being 1,440,381. This city is also considered as the administrative and political centre besides a hub for international commerce and banking. The Tocumen International Airport of Panama is the busiest and the largest airport of Central America with flights to almost any major international airports. Panama is one of the top most retirement places worldwide. Besides this, Panama was a choice for the American Capital of Culture in the year 2003.

This city was founded in the year 1519 by Pedro Arias de Avila and soon became a launching port for the conquest and exploration of Peru, and also a transit point for silver and gold which was heading back to Spain. The old city was ruined by a fire but you will find remains which are now a tourist attraction. It was rebuilt in the year 1673 in another location, approximately 5 miles southwest.

There are multiple places which are interesting and a ‘must’ in your itinerary. One such place is the Panama Viejo or the Old Panama which contains the ruins of the first city of the Spanish founded in 1519. You can also think of the Amador Causeway which is able to connect the three islands to the Panama Canal mainland by the entrance. You will find many of the locals spending their weekends here riding a bicycle, jogging or even rollerblading. You also find multiple bars and restaurants here.

The people of Panama have a special love for the country. Most of them take national pride in different aspects of this place, be it the climate, food, outdoors or culture. Most of the Panamanians feel that their country is a different from the other places around it due to its geographical location and intense history.

Education in Panama started way back in 1903, after the independence from Columbia. The Panama College was founded in 1906. Education here is compulsory for the initial seven years of primary section besides the three years of Middle School. Studying in any of the universities in Panama is affordable as the public universities tend not to charge. Where private institutions are concerned, the charges vary in accordance to the course chosen. 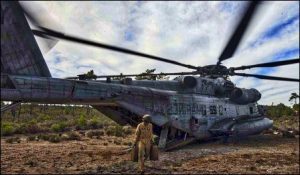 Panama maintains security forces and armed police besides small maritime and air forces. They perform tasks related to the enforcement of law and they also perform military functions in a limited manner. These need to report to the Ministry of Public Security, a norm which started in 2010. It was in the year 1903 that the first army was set up in Panama and it was only in 1930 that the National Police was able to recruit those who had finished military academics in other countries. During 1998 and 1999, Panama and the US held talks about the possibility of allowing a permanent assignment of military presence here. The talks having failed, there was no agreement. Since that time you find that the US troops are in Panama only on basis of deployment for training of the Panamanian forces. There is only few military personnel who are assigned to Panama, which include some Marines for the protection of the Embassy and few to assist the Military Assistance Office.