Mr. Waddington has personally witnessed the prosecution of military members suspected of sexual misconduct, even when: 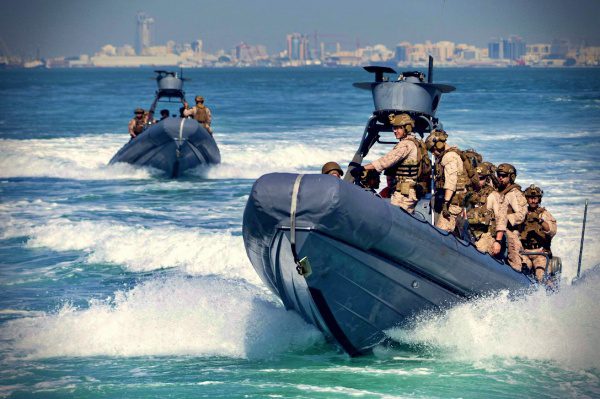 “The secretary of Defense will require that all sexual assault complaints be handled by more senior officers — colonels or Navy captains — than the unit commanders who typically handle them now, a move expected to lead to more prosecutions.” New York Times.

In addition to dozens of other incentives to boost prosecutions and convictions and as a reward for claiming to be a sex assault victim…anyone who reports having been sexually assaulted can now get reassigned to another duty station. See Panetta Proposes New Sexual Assault Rules for the Military, New York Times – April 17, 2012.

In this video, Secretary of Defense Gates talks about what efforts the military is making to increase their prosecution and CONVICTION RATE. He is upset that some defendants are being found NOT GUILTY. He directly blames experienced civilian lawyers as the reason for sex assault acquittals.

Here is a direct quote from SECDEF Gates, the boss of everyone in the military, including your commanders:

“This is one of the reasons why we’ve invested .. .almost $2 million in training our prosecutors … We’ve found … that the defendants hire lawyers that are specialists in this area and our prosecutors tended to be … not have that specialty and it is complex law and it is difficult to prosecute successfully, particularly if you don’t the right training … We’ve expanded the victim advocate program dramatically from about 300 to 3,000 around the world … in every base and installation.”

Here is a typical fact pattern: The woman is usually married, engaged or has a boyfriend. She has a few drinks, her inhibitions are lowered and she has consensual sex. Over the next day or two, a friend or the boyfriend learn of the sex. To avoid responsibility for her actions the woman then claims: 1) she does not remember what happened, or 2) she was too intoxicated to resist. The SARC is called, CID, OSI, NCIS show up, and the case goes all the way to court-martial. These types of sexual assault cases are resulting in convictions every day in the military.

Forcible rape is a heinous crime. Fortunately, in the military, forcible rapes are not common. Bogus, false, and trumped-up sexual assault allegations are the norm.

False allegations are serious and terrifying because if you lose, then an innocent man goes to jail and his life is ruined.

Currently, the military is teaching women that if they have ONE drink then they cannot consent to sex. One drink and they are not responsible for their actions. This bogus “rule” only applies so long as you are a female. This information is medically and legally false but it is what service members are being taught worldwide. “If you had sex after drinking any alcohol, then you are a victim,” or “if you have a few drinks, have sex, feel guilty about it, then you were taken advantage of and should report it.”

Nobody wants to be the victim of forcible rape or sexual assault. However, the military is spending millions of dollars a year to wage “The War on Sexual Assault.” Check out these 3 new rap videos motivating women to come forward with sexual assault allegations. It is a catchy song. But rap songs and real rape are two different things. You should not accuse a man of rape unless you were actually raped. If you have consensual sex with a guy and later regret it, then deal with it. Don’t accuse him of rape simply to save your reputation.

These videos make it seem cool to claim rape. Some of the lyrics are troubling. For example, “Don’t let a bad situation ever go unchecked”…”If you see something’ ill, it’s time to get popin’.” What does that even mean? If you hook up and feel guilty, then claim rape? This type of propaganda is dangerous and likely increases the number of false allegations. 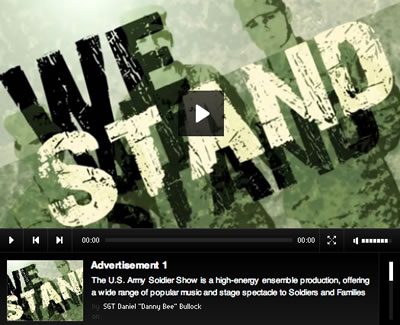 INNOCENT? DOES IT MATTER?

The Military, for political reasons, is pushing the majority of sexual assault allegations to a court-martial. This includes cases where the accused has PASSED a polygraph, the alleged “victim” recants or substantially changes her story, where the “victim” is a well know liar, where the “victim” has falsely accused numerous other men of sexual assault the past, where there is no physical, forensic, or scientific evidence (and there should be), and so forth.

=Military commanders are afraid of the repercussions if they do not force bogus cases to court-martial. Many military officers, when dealing with a falsely accused and deciding whether or not to send the case to a court-martial will say, “Let’s send it to a court-martial and let the jury decide his fate. I am not a lawyer. If he is innocent, then the jury will say so.”

Commanders are required to make the tough call on whether the evidence supports a court-martial. They are not supposed to be like Pontius Pilate and “wash their hands” and act like they are not responsible for the fate of their service member. Furthermore, after they “wash their hands” the command and their prosecutors will do whatever it takes to win. Why?

Why would a command try to win a case where the accused is most likely innocent?

Why would a commander spend $50,000, $150,000 or more (in experts, witnesses, etc..) trying to put an innocent man in prison? Maybe because once they decide to go forward, then they want to make sure that they win, whether the accused is innocent or not. If they win, then they justify their decision to go forward. To many, “JUSTICE IS SERVED”, even if an innocent man is convicted. After all, they reason, “if he was innocent then the jury would have said so.”

How are innocent men convicted?

Usually, juries don’t send innocent men to jail on purpose. However, innocent men are convicted when the Government tries to win at all costs by:

Look at the letter below and the propaganda on the Army sex assault web site, http://www.sexualassault.army.mil. If you are a typical Army officer that wants a successful 20-year military career, would you stand up for one of your soldiers that was accused of sexual assault? You would hope so. But the sad truth is that most Army officers will not stand up. They simply do what the JAG prosecutors tell them to do and “wash their hands.”

Few Army officers will stand up for their soldiers, even when the soldier passes a polygraph and he is obviously falsely accused. We have dozens of examples where this has happened and is happening right now. Mr. Waddington is currently representing a senior enlisted soldier that is falsely accused of rape. The soldier passed an extensive polygraph. The lying victim changed her story when confronted at the Article 32. She was caught in blatant lies. At first, the command was somewhat supportive. However, the JAGs informed the command that the case should go forward and that the jury would not be able to learn about the successful polygraph. The command pushed the case forward to a General court-martial.