Cities in West Virginia where our military defense attorneys represent service members at court martial and in administrative separations:

OSC is located near Martinsburg, West Virginia in Berkeley County. Established in 1991, the Coast Guard’s Operations Systems Center is operated by contractors to support and maintain the automated information systems of the Coast Guard. With a staff of about 550 people: active duty, civilians, contractors, and reservists OSC ensures proper system operations and recommends configuration changes. 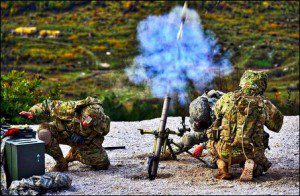 Strategically placed in the Appalachian region is where you will find the state of West Virginia, often referred to as the mountain state. There has been a long standing debate as to which part of America it belongs to, and according to the most recent census it belongs to the south.

It is a state which is not that densely populated and that is why it finds itself down on the 38th position in the population index and a lot of this is for the area it occupies. West Virginia shares its borders with Pennsylvania, Maryland, Kentucky and Ohio on the north, northeast, southwest and northwest respectively. The Wheeling Conventions of 1861 was of paramount importance to the history of Virginia, for giving statehood to the place.

The state of West Virginia is marked by mesmerizing scenic beauty. Initially the basic source of subsistence in West Virginia was agriculture and farming, but with the rapid pace of industrialization, the place has acquired a new prominence. As for the religious base, you can find lots of independent churches here, most of which are non-affiliated.

The climate of the state is often classified as humid with the weather conditions being more or less hospitable all throughout the year, as it experiences cool winters and warm summers. During the winter, one can experience sufficiently cloudy sky, and snowfall in most places. For instance, the Alleghany highlands experience about 180 inches snowfall per year.

One of the most sought after touristic features of the state that attracts a lot of attention are the large number of national parks with Harper’s Ferry National Historical Park topping the list of the most visited park. The New River Gorge Bridge is also a structure that is frequented by visitors across the country.

West Virginia is a state which is blessed with coal, a natural resource that is needed in almost all spheres of life every day and hence makes it the largest producer of coal in the country. But that is not all as West Virginia sits on a bed of natural gas which also contributes largely to the overall economy of the state. As the state is in a mountainous region, you will see that logging plays a pivotal role in impacting the economy as well, especially because of the variety of trees that are there in the mountain state. 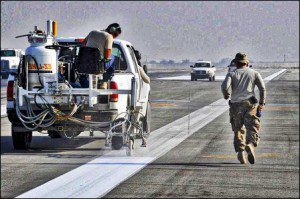 Being involved in the revolutionary war did impact the lives of the people and hence the national government decided to create military bases here to help the region as well as the country.

One of the first bases that were created here was Camp Dawson in 1909. It was basically created to train the troops who eventually fought in the First World War.

Another important event in the history of Camp Dawson was that the state authorized the national government to hold prisoners of war during the Second World War.

As of now, camp Dawson is primarily used as an air field and it must be said the jagged terrain here acts as the perfect intensive training site for the troops. The state also houses the Vessel Document Centre which plays an important role in the maintaining the maritime security in check.

Strategically situated in Falling waters, this is the centre of operations for the US Coast Guard which might tell you the actual importance of this base.

Lastly, the operations systems centre deserves a mention because of its impact on the security of the area. It is furnished with updated versions of automated information system, which creates a fortified naval base for areas in and around West Virginia.