Can You Outsmart CID, NCIS, & OSI in a military criminal? 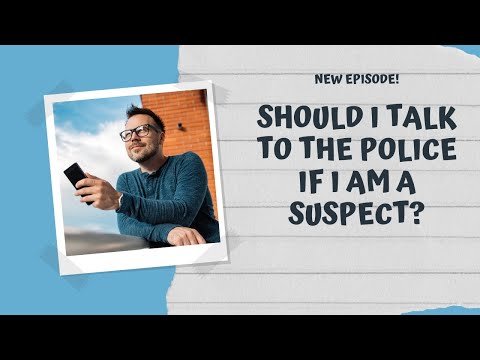 When You Need a Military Defense Counsel

We have successfully gone to bat for and cleared military service members living around the world. Read our trial outcomes with various court-martial defense law firms. If you are stopped by the police, there are some things that you should be aware of. Your first instinct may be to cooperate with the officer and answer any questions they ask. However, it is important to understand your rights before doing anything else. You should speak with a lawyer before talking to the police. The relentless military defense attorneys at Gonzalez & Waddington have won a reputation for advocating for American Military personnel.

If you are facing charges for a military violation, then retaining the most experienced court-martial attorneys can be the difference between being a registered sex offender versus winning your case or saving your career.

Unlike most court-martial defense attorneys or your appointed Army, Navy, Air Force, or Marine Corps defense attorney, accepting a plea is not something we commonly do. When our military criminal defense lawyers take a service member to defend, our military counsel makes the prosecution present the discovery and present overwhelming proof. We take nearly every case to a court-martial trial and fight the allegations in front of a military jury.

If you are dealing with a trial for Sexual offenses, Murder– Article 118, UCMJ, Aggravated Sexual Assault, White Collar Crimes, or Indecent Language – Article 134, UCMJ our military attorneys’ court-martial results are excellent. Our client and his or her future is our primary concern we take on a case. Our criminal defense attorneys maintain lighter caseloads than the usual free defense attorney so that we can focus on each case individually.

Your case will not be outsourced to a random attorney, and we will not bully you into pleading guilty at the last minute. Our court-martial attorneys have successfully contested military court-martials and administrative separation boards in the U.S. and globally. These investigators are experienced. They see someone out there that doesn’t have a lawyer that’s talking to them that’s consenting to searches that are giving them information. That’s foolish enough to give them information so that they can build a case against that person.

You’re a sitting duck. Those are the cases they investigate the most vigorously that they are active in investigating versus a case where as soon as they’re called in, the person says, Hey, listen, I want to talk to the lawyer, and they get a phone call from us a letter from us saying, hey, represent this guy. Let’s talk a little bit, and we make it clear to them you can do your investigation. We’re not cooperating. There are no polygraphs. No consent to a search. We’re also investigating the same case at the same time that you are. So if you’re going to bring a set of charges against our client, you better have some evidence because we’re not helping you throw our client and Joe or set him up for failure.

Due Process Rights Under The Us Constitution

No state may enact or enforce laws that restrict the privileges or immunities of the United States citizens; no state may deprive a person of life, liberty, or property without due process of law; nor may it deny equal protection of the law to a person within its jurisdiction. This constitutional provision means that no authority of the state, whether an officer or an agent of the state, has the power to grant or deny equal protection under the law to a person under its jurisdiction. It is contrary to any constitutional restriction to deprive property, life, or freedom without proper jurisdiction. It is also illegal to deny or deprive equal protection by law under a public position in the State Government; nor does it act on behalf of the state when acting on behalf of a State or exercising the state’s power.

Introduction There is an obvious requirement in the due process clause that states must undertake specific due process procedures before withholding particular interests in life, liberty, or property from a person.

For example, the Supreme Court ruled that the government can damage the reputation of an individual (for example, by putting his name on a list of known shoplifters) without initiating a lawsuit. It is also the case that the authors used the term ‘life, freedom and property as an abbreviation for vital interests. But the court adopted a more literal interpretation that requires individuals to prove that the interest in question is their life, freedom, or property. If the claim does not fall into one of the three boxes, however important, it is not qualified for the protection of the Constitution. Thus, if a law regulates fundamental rights such as the right to travel or vote, it must pass the rigorous judicial test known as a mandatory test of interest.

Courts in the United States have ruled over time that due process limits legislation to protect certain areas of individual freedom from regulation. The economic ruling is upheld when the state can point to a potential public benefit resulting from its adoption.

The Supreme Court has ruled that the Due Process Clause includes many, but not all, individual protections in the state “Bill of Rights. The court also invalidated the Fourteenth Amendment’s prerogatives and immunity clause as a source of robust individual rights in the state. Despite these property rights, lawyers have stated that the country’s law is that the due process clause in the national constitutions constitutes a restriction on the substantive content of the legislation prohibiting procedural issues and certain types and degrees of legislative power.

On behalf of the court, Justice Mathews pointed out that due process under the United States Constitution differs from due process under English common law. It applies to executive and judicial acts. In contrast, the common law applies only to legislative acts. Laws are based on relationships and expectations of continuity, as the federal courts have shown, which have said that the process is based on constitutional property, whatever customary law calls it, and that constitutional property includes the legal relationship between the state and its laws regarding citizens “sense of entitlement. A license for a government job, a protected public service, or a place on the welfare list are defined in state law as relationships that citizens are allowed to retain, and there is no reason to deprive them of the due process by which they were taken.

One of the fundamental guarantees of the United States Constitution was deemed not to apply to acts of government that violate individual constitutional rights, and it was not until the ratification of the fourteenth amendment in 1868 that several states became subject to enforced restrictions on their legislative and procedural activities. As a result, those who wanted to protect their rights from state governments had to rely on state constitutions and laws.

The principle of the substantive rule of law allows courts to protect certain fundamental rights from state interference. Still, the procedural safeguards contained in those rights are not mentioned in the US Constitution. There is a provision in part of the United States Constitution to limit the power of states. Every few years, the courts are overflowing with cases in which we are called upon to find that state courts and state legislatures deprived their citizens of life, liberty, and property without due process. It can be defined as “whether the State has deprived a person of life and freedom, property or due process.” However, the term only covers the exercise of powers prohibited by States. It excludes or is not useful for constructions established by courts and other courts as part of the Basic Law.