Criminal defense lawyer, Michael Waddington, discusses the collapse of the government in Afghanistan as the Taliban seize control of Kabul. Waddington discusses his thoughts on why the Secretary of Defense was caught off guard. Part of the reason is that the DoD is more concerned with political correctness and military sexual assault allegations than fighting wars.

Below is a transcript from the YouTube video: Military Political Correctness & the Fall of Afghanistan

This is Michael Waddington. I’m a military defense attorney. And in this video, I want to talk about a political issue military issue that overlaps with military law and UCMJ. Right now, it’s August 15, 2021, and I’m getting reports from some family members in Afghanistan with the military, and some information coming back as you can see it on the news.

Basically, the Taliban is Kabul surrounded. This is a situation where we’re caught with our pants down. And like the military, they like to blame the lower enlisted. They’d like to pin the blame on people when the reality is should the blame should be at the top Secretary Austin, in our country in our government was literally caught with their pants down when everyone who knows anything about Afghanistan knows that the country’s going to collapse as soon as we pulled out.

Why were they caught with their pants down? Here’s one idea. When Secretary of Defense Austin was confirmed, he mainly talked about military sexual assault, talking about how he’s going to crush sexual assault, and he’s going to do whatever he can. He spent, from what I understand from news reports, a large portion of his first seven months in power, trying to tinker with, once again, the military justice system. Why did they Why is he so concerned about tinkering with the military justice system? Well, because he wants to increase the number of convictions of our service members in sexual assault cases.

Why would that be a pressing issue for the Secretary of Defense with so many issues going on in this world? terrorism, China, Russia, all these other issues? Why is sexual assault such a big deal? And is it really that big of a problem? Well, over the past couple of years, the acquittal rate meaning the people being found not guilty of sexual assault in the military, has risen dramatically. In some of the branches, it’s over 50%, which means half over half the people being charged with serious sex crimes are being found not guilty.

Instead of looking into why so many people are being found not guilty, they instead decided to tinker with the UCMJ. The reason so many people are being found not guilty, or have been found not guilty over the past couple of years, is because Congress has been pushing and pushing, and they keep tinkering with the laws, the military laws, and they keep incentivizing people to make false allegations. false allegations are a serious, real threat to good order and discipline, and morale in the military.

You ask anyone in the military, and they’ll talk about a buddy or two or three that’s been falsely accused, or where somebody who’s getting into trouble for misconduct, for adultery for a wall for whatever a lot of these folks are using the UCMJ system in the gullibility of the prosecutors in the command in the political correctness to throw out false allegations. What happens is the Jags take any false allegation and run with it. There’s a saying now that if you make an allegation, it’s going all the way to court-martial. We all know it. Even if it’s completely unfounded, unsubstantiated, the Jags in the command will take it to court to avoid being accused of being soft on sexual assault. So what it’s done is it’s driven up the false sexual assault allegations. On top of that, the department defense decided to sweeten the pot. If you make a false allegation of sexual assault, even if it’s unfounded, even if the guy’s acquitted, even if it’s proven to be not true. You can get benefits from military sexual trauma.

It’s called MST. You just have to say that something happened to you in the military. And you can be receiving benefits as if you were wounded in combat or severely disabled in combat. Even if you were never in combat by claiming that you were a victim of what’s called military sexual trauma, which is this vague idea that something happened in the military, that was traumatizing, and it was sexual, and you can get service-connected disability for the rest of your life. 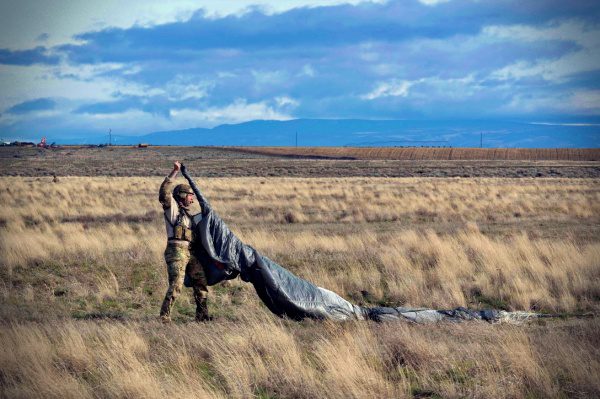 So looping back to the current situation in Afghanistan. We have our sons and daughters over there defending this disaster in Afghanistan, where they deployed a bunch of Marines and Army soldiers over there to defend the crumbling city of Kabul, which apparently fell within almost hours. Now we have service members that are over there, risking their lives. We have interpreters, embassy staff.

You have citizens contractors sitting in Kabul surrounded why, how was the US caught with their pants down, the Secretary of Defense in his little minions have the voted the majority of their efforts since they came in office, like I mentioned, into rewriting and re tinkering and restructuring the UCMJ instead of doing their job protecting our country, looking out for strategic interests, planning for missions, like the mission, the debacle that’s happening right now.

I don’t know what’s gonna happen in Afghanistan, I hope to God that we can protect as many of our allies and our countrymen and citizens and pretty much anyone that we own obligation to protect, that we can get as many of them out of there, alive as we can. We’ll hope for the best. But next time, Secretary of Defense, get your head out of your butt, quit trying to be so politically correct. And do your job as a secretary of defense. Your job is not the secretary of political correctness. It’s the Secretary of Defense. Focus on that job first, instead of kowtowing to lobbyists and politicians