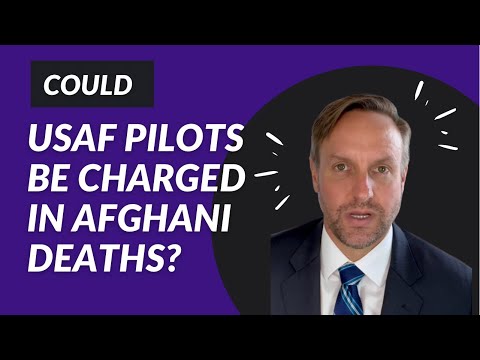 OSI Launches Criminal Investigation into Afghani’s that fell from US Air Force plane at Kabul Airport.

ane bodies
Air Force investigators (OSI) and politicians are officially investigating the possibility of charging United States Air Force military pilots with criminally causing the deaths of the Afghani’s that fell to their deaths after storming a military plane at the Kabul Airport, in Afghanistan following the fall of Afghanistan to the Taliban. Criminal defense lawyer, Michael Waddington, discusses Afghanistan news about the people that fell from a US plane.