Cities in Washington where our military defense attorneys represent service members at court martial and in administrative separations:

Fort Lewis is an Army installation covering parts of the Pierce and Thurstun Counties in Washington. It is named in honor of Meriwether Lewis, the famed explorer who, together with William Clark, headed the exploration of the territory of the Louisiana Purchase. Covering more than 86,000 acres of land area, it is one of the largest and most modern military reservations in the US, as well as the premier military installation in the Northwest. Fort Lewis is home to the US I Corps, and the 2nd Brigade, 3rd Brigade and 4th Brigade of the 2nd Infantry Division. The installation is one of the 15 US power projection platforms with its primary focus centered on the Pacific Rim Region. At present, Fort Lewis has been combined with McChord Air Force Base, to form a joint US military installation.

Fairchild AFB is operated by the Air Mobility Command and located in Airway Heights, Washington, near Spokane, Washington. It was built in 1942 and is now home to the 92d Air Refueling Wing. The Wing is assigned to the 15th Expeditionary Mobility Task Force of the Air Mobility Command. Originally established as Spokane Air Depot, the base was then named after General Muir S. Fairchild, who was a World War I airman who died serving as Vice Chief of Staff for the Air Force. Fairchild Air Force Base encompasses 4,300 acres in the Eastern Portion of Washington. The Washington Air National Guard now shares occupancy in the base together with other tenant organizations. The base also has several other facilities sprawled around the main base perimeter.

McChord Air Force Base, now called Joint Base Lewis-McChord Field, is operated by Air Mobility Command and located in Pierce County, Washington. The base was built in 1930 and is now home to the 62nd Airlift Wing and the 446th Airlift Wing. The base has the primary mission of providing military airlift to support Military and Civic operations anywhere in the world. Thanks to the base’s close proximity to Alaska and the Pacific, JBLM McChord Field was recognized as an important sector in national defense and spared from the Base Realignment and Closure commission. The base maintains a fleet of C-17 Globemaster III’s while its aging C-141s are being transferred to Davis-Monthan Air Force Base. McChord AFB is home to 4,096 people.

Naval Base Kitsap is the result of the merger between Naval Submarine Base Bangor and Naval Station Bremerton on 2004. The base holds the primary mission of serving as the home port to the US Navy Fleet assigned to patrol the West Puget Sound region and to provide support and logistical services to surface ships and submarines of the US Navy that are stationed in the ports of Bremerton and Bangor. Kitsap is the largest naval organization in Navy Region Northwest. It operates the navy bases at Bremerton, Bangor, and Keyport. Because of the impressive management of the base and its facilities, it was awarded the 2005 Commander in Chief’s Award for Installation Excellence because it had proven it was the best base in the US Navy.

Naval Air Station Whidbey Island is a navy air base located in Oak Harbor, Washington. It was established on September 21, 1942 with two sections. One of the airfields operated by the air station is Ault Field, named in honor of Commander William B. Ault, who was lost after the Battle of the Coral Sea. The other section is known as Seaplane Base, originally intended to house PBY Catalina flying boats. This section is also home to the Navy Exchange store stationed in the base, and the Defense Commissary Agency that operates the store. At present, the air station is home to nineteen active duty squadrons and two ready reserve squadrons. It also has a Search and Rescue Unit that operates two MH-60 Nighthawks. The station is also home to fifty tenant commands that provide training, medical and dental, and other support services, including the Marine Aviation Training Support Group assigned to the Marine Corps personnel and staff stationed in Whidbey.

The Naval Hospital Bremerton is a major medical facility of the US Navy in the city of Bremerton, Washington. The hospital provides general health care for patients in the Bremerton area, as well the surrounding regions. Aside from this, the hospital also gives specialized services, such as family health and internal medicine. The hospital also regularly conducts immunization and inoculation sessions to patients in the area. The hospital is actively manned by a large group of both military and civilian medical personnel. There is also an active Red Cross unit that will respond to calls. Naval Hospital Bremerton is currently under the management of Capt. Mark Brouker.

Naval Station Everett is one of the newest facilities of the US Navy. It is also the Navy’s most modern facility. It was built in 1994 next to the marina area of Everett City, Washington. It was originally intended as a homeport for a US Navy Carrier Strike Group. NS Everett has two piers in its ship berthing facility. The longer pier, named Pier Alpha, is 1,620 feet long, while the second pier, Pier Bravo, functions as a breakwater. The facility is home port to two destroyers, three frigates, one nuclear-powered aircraft carrier, and a Coast Guard buoy tender. Unlike most naval stations of the US Navy, Naval Station Everett does not operate its own tug boats. This is because the nearest Navy tug boats are located thirty four nautical miles away, at Bangor.

Named after the first president of the United States of America, the state of Washington is a state of honor and repute.

The people of Washington proudly brandish the face of George Washington on their flags to let the world know of their roots.

It is a common error for many people to confuse Washington with the capital of United States which is Washington DC and that is why you will see that it is either called the state of Washington or Washington State.

In terms of population, it is ranked 13th in the whole of US albeit being the 18th largest state in regards to area. A large part of the state is covered in forest which is why it is known to be one of largest producers of lumber in the state and gets the nickname of ‘evergreen state’ because of the unending supply of it. 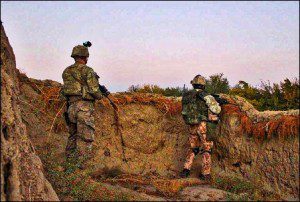 A place with rich heritage, Washington is the birthplace of revolution and struggle that gave birth to the United States. It is the reason why you should make yourself accustomed with the history of the state to feel the energy and zeal of the people of Washington.

The backdrop
There is no doubt that it is very important to remember the origin of any place and when it is as vast as in case of this state, there is all the more reason you should. Carved out of the western part of the then territory of Washington, the people of the state snatched what was rightfully theirs from the clutches of the British owing a lot to the Oregon Treaty. It wasn’t long before Washington started to prosper and take the shape of a state that would show the way to the other states.

Education in Washington
Washington is known as the state that really gives due respect to its education. With more than 295 elementary schools, Washington has not left any stones unturned in making sure that every household receives basic education that will help them shape their future. Even in the department of higher educations, it boasts of having about 40 state of the art intuitions like the Washington State University, university of Washington and the Evergreen State University imparting education relentlessly.

Popular cities of the state
Seattle, which is the capital of the state is also one of the most populous and busiest cities, not only in Washington but the whole of the country; after all how can you resist the charm of the place after watching the cult favorite ‘Sleepless in Seattle’? Apart from Seattle, cities like Tacoma and Spokane are also bustling cities with booming economy. 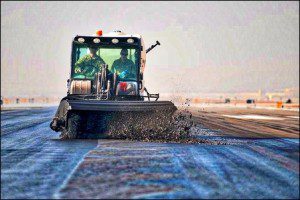 A place which has played a pivotal role in the independence of America is bound to be a hotbed of military installations.

With thousands of new recruits propping up every year, there has also been an increase of bases and air force stations around the state. One of the notable military bases that you will find here is Fort Lewis Army base in Pierce.

This is a base that occupies an area of close to 14 miles which is spread across the cities of Tacoma and Olympia.

This is a place where top-of-the-line commandos train and is also famous for conducting a large number of joint missions with foreign armies; one such mission conducted was with the Pakistani army during the monsoon of 2007. In terms of air force capabilities, you can say that Washington houses one of the famed instructions in the form of the Fairchild Air Force Base.

This is where you will find the 92nd air refueling wing unit which has served the air force for years. With Boeing KC-135 station here, they are capable of sending supplies on short notice anywhere around the country.