When You Need an Army Court Martial Lawyer in Fort Lewis

The hard-hitting criminal defense lawyers at Gonzalez & Waddington have developed a reputation for defending service members at Army installations such as Fort Lewis.

Suppose you are stationed at Fort Lewis, Washington, and are accused of a military offense. In that case, retaining the most aggressive criminal defense lawyer can be the difference between getting convicted versus winning your case or redeeming your career. Our military defense lawyers represent Fort Lewis service members in both UCMJ and administrative matters, including representing Marines suspect of sex assault, theft, and other crimes under the UCMJ.

Unlike the majority of civilian-military defense lawyers or you, are assigned Army lawyer, pleading guilty is an option of last resort. When we are retained, we force the US Army to prove their case beyond a reasonable doubt. Then, we take nearly every case to trial and fight the allegations in front of a military panel.

Our US Army court-martial outcomes speak for themselves. The suspected Soldier and their well being is our principal concern. Our military criminal defense attorneys keep smaller caseloads than the usual assigned US Army defense lawyer so that we can focus on every client separately. Your trial will not be outsourced to a random lawyer, and we will not bully you into pleading guilty at the eleventh hour. Our military defense lawyers have successfully fought US Army court-martial and ADSEP cases in the United States and around the world.

Tacoma Field became independent of Fort Lewis in 1947, when the US Air Force as a separate service was established and renamed McChord Air Force Base (AFB) on January 1, 1948. In 2010, Fort Lewis was merged with McChord to form Joint Base Lewis-McChord, commonly known as JBLM, following the base’s realignment, closure, and commissioning (BRAC).

The base houses several major Air Force and Army units, including the US Pacific Command Headquarters Corps, the 7th Infantry Division, the 62nd Airlift Wing, the 446th Airlifting Wing, and the Air Force Special Operations Command. The second component of the base is the Washington Air National Guard. Fort Lewis’s military base covered 350 km2 and was named after Captain Meriwether Lewis, who belonged to the Lewis and Clark Expedition.

The original mission of the base was to train Army recruits, but it was renamed Fort Lewis in 1930 when an air force facility was built nearby. At that time, the Army Department had ceded control of McChord Field to the Air Force and renamed it McChord Air Force Base.

It is one of four corps headquarters of the active army and three bases on the American mainland. The United States Army Corps Command and United States Army units at the joint Lewis-McChord Base carry out planning and liaison and are assigned to active and reserve units throughout the country. Army and Air Force units and personnel cooperate with their respective services and operate under separate mandates.

All personnel assigned to the joint base Lewis-McChord are required to show their assigned day-to-day camouflage uniform and all necessary papers (copies of orders, DA-31, medical and dental records, and military personnel records).

At the Yakima Training Centre, active and reserve units are trained at the base. Army Community Services operate Joint Base Lewis-McChord, Family and Child Care, Youth Services, Sports and Child Development Centre. The Joint Base Program allowed Fort Lewis to open to the public to serve the men and women of their generation in the military and air force.

Due to a large number of pristine areas and as one of the few common military bases in the world, there is space and opportunity for men and women to participate in the war effort for Americans worldwide. In a rare number of joint bases around the globe, Fort Lewis has proven to be a viable resource for the emerging and established military to participate in peacekeeping efforts for the United States.

More than 25,000 men and women of all walks of life have joined the military and air force. According to all accounts, there are dedicated men and women completing community service at the base, responding in their way to the demands of the field.

Recognized as one of the few joint military bases in the world, it can serve more people and services than anywhere else in the United States of America. In 2005, the Base Realignment and Closure Commission ordered the consolidation of facilities adjacent to separate military installations into a single common base and Joint Base Lewis-McChord (JBLM), one of 12 joint bases established in the United States as a result of congressional legislation, implemented the commission’s recommendations. The merger brought together 12 functional areas of Army and Air Force bases to provide various support services.

The project to build an army airfield (which would later become McChord Air Force Base) at Fort Lewis was approved as an EPA project in January 1938, with $61,730 allocated for construction. 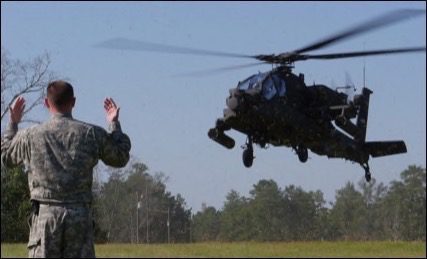 The base and neighboring communities of more than 125,000 people, including the families of military personnel, civilians, contract workers, retirees, and their families, support the population of the base and surrounding communities of JBLM (JBLM). The Base Family Service Office works with the families of the service members and the local community to find suitable housing in areas where follow-up accommodation is not available.

Fort Lewis is a United States military facility located 146 km southwest of Tacoma, Washington, under the jurisdiction of United States Army Joint Base Garrison Joint Base Lewis-McChord. Camp Murray was commissioned in 1889 as a National Guard Base and is the Washington Department of Defense (WMD) headquarters, which comprises the Washington Army and the Air National Guard. The Fort Lewis Regional Corrections Facility, a joint base called Northwest Joint Regional Correctional Facility (NWJRCF), houses low-to-medium-security prisoners of all US Army and Navy branches.