When You Need a Court Martial Lawyer in Bangor Base, WA

Our military attorneys have successfully defended military members around the world.

The hard-hitting military defense lawyers at Gonzalez & Waddington have earned a reputation for representing military personnel at Army, Navy, Space Force, Marine Corps, and Coast Guard installations worldwide. If you are stationed in Bangor Base, WA and are accused of a military offense, then having the most hard-hitting defense attorney can be the difference between being convicted or winning your case and saving your career. Our court martial attorneys defend Bangor Base, WA military personnel in both UCMJ and administrative matters. These include representing service members accused of sex assault, rape, and other crimes under the UCMJ.

Unlike most civilian military defense lawyers, or your free military attorney, we do not commonly plead guilty. We force the military to prove their case beyond a reasonable doubt. We take just about every criminal case to trial and fight the allegations in front of a panel.

Our military court martial victories are clear. The accused service member and his or her future is our main concern. Our court martial lawyers keep lighter caseloads than the usual free defense lawyer so we can focus on each case individually. Your trial will not be outsourced to a random attorney and we will not force you to plead guilty at the last minute. Our military defense lawyers have contested military court martial and administrative separation cases in the United States and globally.

Our experienced court martial defense attorneys will fight your court martial or administrative separation (ADSEP) case in Bangor Base, WA.

Call today to consult with a hard-hitting court martial attorney

Service members stationed in Bangor Base, WA deserve the best military attorneys possible to represent them at their court martial or administrative separation proceeding.

If you or a loved one are stationed in Bangor Base, WA and are accused of a UCMJ offense, such as sexual assault, or if you are dealing with an administrative discharge, Article 15, show cause board, or letter of reprimand, call our military defense lawyers immediately.

Bangor Base is located in Kitsap County, in the US state of Washington. It doesn’t bear the title of a town, since it lacks a formal municipal government. Nevertheless, it is a populated area, and as such needs to be listed under some formally established territory. Since it doesn’t fall under the jurisdiction of any other city, it had to be assigned with the title of a census-designated place. A census-designated place is a term that refers to a geographical unit that was created for statistical purposes. According to the latest census conducted by the US government, which was in 2010, the CDP of Bangor Base has a population of just over 6,000 people.

The CDP of Bangor Base occupies a total of 11 square miles, all of which is land. It is situated on Hood Canal, which in turn lies to the northwest of the city of Silverdale. Among the surrounding cities, there are the cities of Keyport, Brownsville, Seabeck and Poulsbo. Just to the south of the CDP of Bangor Base lies the Wildcat Lake, as well as Erlands Point-Kitsap Lake. Bangor is also not very far from Bainbridge Island. When it comes to weather, the area falls under the category of mild climates. The summers are warm and humid, with plenty of rainfall, and the winters are cool, but with relatively moderate temperatures. The highest temperatures never go above 80 degrees, and the lowest seldom drop below 45 degrees.

The history of the CDP of Bangor Base is closely connected to the history of the military base that is located in the area. The Naval Base Kitsap-Bangor was established in 1942, right before the US military joined World War II. At first, it was a site from which ammunition was shipped off to the Pacific Theater of Operations. To expand the base, the US Navy later bought another 7,500 acres of land and used it to establish a permanent installation. It served its original purpose during three different wars, World War II, the Vietnam War and the Korean War. In 1973, however, it was decided that the base will serve as the headquarters for the first Trident Fleet Ballistic Missile submarines.

The industry of the CDP of Bangor Base, much like its history, was largely shaped by the Naval Base Kitnap-Bangor. Although there are approximately 1,250 families inhabiting the area, there is no large industry apart from the one related to the military. The median income was estimated to be around $32,240 per household, and around 8% of the population lives below the poverty line. The largest industry is shipbuilding, which is financed by the US military and employs thousands of people. Apart from building ships, the inhabitants of the CDP of Bangor Base also manufacture nuclear weapons. And work in fuel depots. 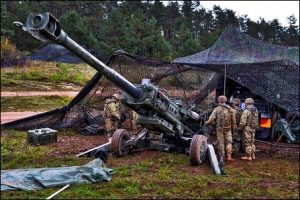 The Naval Base Kitsap-Bangor is located in the state of Washington, in the census-designated area of Bangor. The current organization dates back to 2004, when two different military bases were merged into the present one, Naval Submarine Base Bangor and Naval Station Bremerton. The main purpose of the newly-formed base is to serve as the headquarters for the US Navy Fleet, as well as to provide the military with operating services. This includes supporting both surface ships and nuclear submarines. Apart from all this, the base also provides facilities for combat commands, crews and the families of the employees. It is the third largest military post in the whole of America, and is home to four nuclear shipyards, a nuclear weapons facility and the largest fuel depot that is in the possession of the US Navy.