Information on the limits on face-to-face confrontation (remote & screened testimony):

Maryland v. Craig, 497 U.S. 836 (1990). The child victim testified by one-way closed-circuit television with a defense counsel and a prosecutor present. The testimony was seen in the courtroom by the accused, jury, judge, and other counsel.
(1) The preference for face-to-face confrontation may give way if it is necessary to further an important public policy, but only where the reliability of the testimony can otherwise be assured.
(2) Necessity. Before allowing a child victim to testify in the absence of face-to-face confrontation with the accused, the government must make a case-specific showing that:
(a) the procedure proposed is necessary to protect the child victim,
(b) The child victim would be traumatized by the presence of the accused, and
(c) the emotional distress would be more than de minimus.
What does de minimus mean? What’s the constitutional minimum required? See Marx v. Texas, 987 S.W.2d 577 (Tex.). See also United States v. McCollum, 58 M.J. 323 (2003).
(3) Important Public Policy. The state’s interest in protecting child witnesses from the trauma of testifying in a child abuse case is an important state interest.
(4) Reliability Assured. The Court stated that confrontation has four component parts that assure reliability. You preserve reliability by preserving as many of these component parts as possible in the proposed procedure.
(a) Physical presence;
(b) Oath;
(c) Cross-examination;
(d) Observation of the witness by the fact finder.

United States v. Pack, 65 M.J. 381 (2008). Remote live testimony by a child victim-witness. The CAAF held that the Supreme Court opinion in Crawford did not affect its earlier opinion in Maryland v. Craig, which laid out the standards for remote live testimony of child abuse victims. In so holding, the CAAF acknowledged that Crawford appeared inconsistent with Craig, but, because the Supreme Court did not expressly overrule Craig, the CAAF would continue to apply the Craig standard. 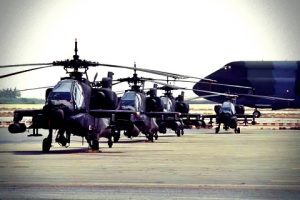 Options. Several ways have been tried and approved by courts. They include:

A partition. United States v. Batten, 31 M.J. 205 (C.M.A. 1990). An elaborate courtroom arrangement to protect the child victim, which included screens and closed-circuit television. Testimony by a psychologist to show the impact conventional testimony would have on the witness. Special findings by the military judge (judge-alone trial) that he relied on the child’s excited utterance and not on her courtroom testimony. Harmless error analysis by CMA as allowed by US Supreme Court of the United States in Coy and Craig. Case affirmed.

Witness testifying with her back to the accused but facing the judge, and counsel.
United States v. Thompson, 31 M.J. 168 (C.M.A. 1990). The Military Sex Crimes child victims testified at a judge-alone court-martial with their backs to the accused. The military judge, defense counsel, and trial counsel could see them. A psychologist testified for the government in support of the courtroom arrangement.

Profile to the accused. United States v. Williams, 37 M.J. 289 (C.M.A. 1993). The child victim testified from a chair in the center of the courtroom, facing the military judge with the defense table to the immediate left of her chair. The accused was not deprived of his right to confrontation even though he could not look into the witness’ eyes. The witness testified in the accused’s presence and he could see her face and demeanor. 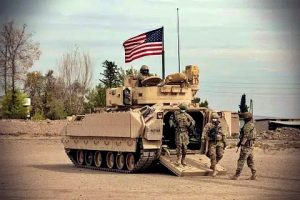 Whisper Method. United States v. Romey, 32 M.J. 180 (C.M.A.). The child victim whispered her answers to her mother who repeated the answers in open court. The mother was certified as an interpreter. Craig was satisfied when “[t]he judge impliedly made a necessity finding in this case” (emphasis added). The military judge relied on representations made about the Article 32 testimony; trial counsel’s pretrial discussions with the child witness; and the military judge’s observations of the child at an Article 39(a) session in the accused’s presence. The Court also held that the child victim was available for cross-examination, and the accused’s due process rights were not violated.

Do not remove the accused from the courtroom. See United States v. Daulton, 45 M.J. 212 (1996) (accused watched the testimony of daughter over closed-circuit television; confrontation rights violated); United States v. Rembert, 43 M.J. 837 (Army Ct. Crim. App. 1996) (accused watched the testimony of 13-year-old carnal knowledge victim via two-way television in the deliberation room; without ruling on Sixth Amendment, the Army court agreed that accused’s due process rights were violated). The accused may, under R.C.M. 804(c), voluntarily leave the courtroom to preclude the use of the procedures outlined in R.C.M. 914A.

Can witnesses who are not victims use remote procedures? Yes. Federal courts have interpreted 18 U.S.C. § 3509 to allow non-victim child witnesses to testify remotely. United States v. Moses, 137 F.3d 894 (6th Cir. 1998); United States v. Quintero, 21 F.3d 885 (9th Cir. 1994). Both cases interpret Maryland v. Craig. Both cases focus on the Court’s approval of the state interest: “the state interest in protecting child witnesses from the trauma of testifying in a child abuse case.” The courts do not comment on the fact that the four witnesses in Craig who testified remotely were all victims.

Other issues in remote testimony.

United States v. Yates, 2006 U.S. App. LEXIS 3433 (11th Cir. 2006). Prosecution witnesses living in Australia declined to travel to the United States for trial. The witnesses testified at trial via live, two-way video conference. The Eleventh Circuit, following an en banc hearing, held that this arrangement violated the defendants’ Sixth Amendment right to confront witnesses against them. Citing to Maryland v. Craig as the controlling case, the court found that the prosecutor’s need for the video conference testimony to make a case and expeditiously resolve it were not the type of public policies that were important enough to outweigh defendants’ rights to confront their accusers face-to-face. The court further found that the prosecution had failed to establish the necessity for the use of remote testimony when another viable option, deposition under the Federal Rules for Criminal Procedure, was available to the government. 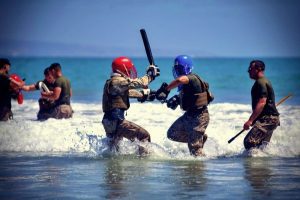 Harrell v. Butterworth, 251 F.3d 926 (11th Cir. 2001). Appellant was convicted of robbing an Argentinean couple. At trial, the victims were unavailable to testify in person because of illness and unwillingness to return to the United States. The trial judge agreed to allow testimony via satellite over defense objection. Citing to Maryland v. Craig, the Florida Supreme Court pointed out that the Confrontation Clause does not guarantee an absolute right to a face-to-face meeting between a defendant and witnesses; rather, the underlying purpose is to ensure the reliability of trial testimony. In this case, Maryland v. Craig was satisfied because (1) public policy considerations justified an exception to face-to-face confrontation, given the state interest “to expeditiously and justly resolve Article 120 UCMJ criminal matters that are pending in the state court system;” (2) the remote testimony was necessary, given the fact that the witnesses were absolutely essential to the government case and lived beyond the court’s subpoena power; and (3) the testimony was reliable because the witnesses were able to see the jury and the defendant, they were sworn by the clerk of court, the jury and the defendant were able to observe the witnesses testifying, and they were subject to cross-examination. On habeas review, the 11th Circuit concluded that Florida Supreme Court’s decision was not contrary to, or an unreasonable application of, clearly established federal law as determined by the Supreme Court.

The United States. v. McDonald, 55 M.J. 173 (2001). Shortly before the presentencing portion of the court-martial, the government’s only witness was notified of a unit deployment to the Middle East. He was at Fort Stewart, some distance from the trial location, and was scheduled to report to the terminal at midnight that night for a departure at 0600 hours the next morning. Over defense objection, the military judge allowed the witness to testify by telephone. On appeal, the issue was whether the Sixth Amendment’s Confrontation Clause applies to the presentencing portion of a court-martial. Agreeing with the Navy-Marine Corps Court of Criminal Appeals, the CAAF held that the Confrontation Clause does not apply to non-capital presentencing proceedings. However, the Due Process Clause of the Fifth Amendment requires that the evidence introduced in sentencing meets minimum standards of reliability. The Court pointed out that while the safeguards in the rules of evidence applied to the prosecution’s sentencing evidence, the language of RCM 1001(e)(2)(D) allowed relaxation of the evidence rules and did not specifically prohibit telephonic testimony. The CAAF also emphasized that this was an unusual situation causing the military judge to “craft a creative solution,” lest the testimony is temporarily lost.

United States v. Shabazz, 52 M.J. 585 (N-M. Ct. Crim. App. 1999). The military judge allowed a government witness to testify via video teleconference (VTC). The trial was in Japan; the witness testified from California. The Navy-Marine Corps Court found a violation of the right to confrontation because the trial judge did not do enough to control the remote location.

United States v. Gigante, 166 F.3d 75 (2d Cir. 1999). The U.S. government asserted that Gigante was the boss of the Genovese crime family and supervised its criminal activity. Gigante was convicted of racketeering, criminal conspiracy under the RICO statute, conspiracy to commit murder, and a labor payoff conspiracy. The government proved its case with six former members of the Mafia, including Peter Savino. Savino was allowed to testify via closed-circuit television because he was in the Federal Witness Protection Program and was in the final stages of inoperable, fatal cancer. The Court held the trial judge did not violate Gigante’s right to confront Savino. See also Minnesota v. Sewell, 595 N.W.2d 207 (Minn. App. 1999).

Testimony in disguise. Romero v. State, 136 S.W.3d 680 (Tex. Ct. App. 2004). A state’s witness testified wearing dark sunglasses, a baseball cap pulled low over his eyes, and a jacket with an upturned collar, leaving visible only his ears. The trial court made no finding of necessity to justify the witness’s appearance. The court held that the defendant’s right to confrontation was violated.

Real Costs of a COURT-MARTIAL Conviction and Discharge