Sexual Assault Crimes in the Military: An Overview

The Uniform Code of Military Justice and the Manual for Courts Martial set out the laws that govern not only offenses unique to the military, but conventional military sex crimes such as assault, battery and sexual offenses. In 2007, the section of the Code entitled “Rape” was amended and renamed “Rape, Sexual Assault and Other Sexual Offenses” and some offenses that had appeared elsewhere were consolidated in the new UCMJ Article 120.  It was effective October 1, 2007. Thus, in defending a client charged with any form of sexual offense, defense counsel needs to be aware of whether the charges arise under the old or the new Code.

In Article 120, there are fourteen categories of sexual crime; many of the definitions and elements apply equally to adult and child victims. The key difference when the victim is a child is that certain sexual conduct with children is an offense based solely on the child’s age and without the necessity of showing specific intent or use of force.

Application of the new or “old” law

Generally, the statute of limitation for military sex crimes is five years except in death penalty cases. Rape is technically a death penalty crime in the military, but the impact of Supreme Court decisions on the death penalty insofar as rape and child rape provisions of the UCMJ. is beyond the scope of this review. Moreover, the statute may be tolled if the accused was outside of the jurisdiction of military tribunals for some period of time. Thus, the “old” law is still relevant to prosecutions occurring today and potentially for some time in the future.  The practitioner should be aware of the prior law and case holdings, but they are beyond the scope of this summary here.

Criticism of the 2007 Revisions

Critics have called the 2007 revisions in the Code at worst unconstitutional and at best confusing. 2009 Report of the Defense Task Force on Sexual Assault in the Military Services, “Practitioners consistently advised Task Force members that the new Article 120 is . . . cumbersome and confusing.”

Because of the intricacies of the revisions and the interplay between the “old” rape code and the new Article 120, counsel must study the issues and governing law very closely when undertaking the defense of a military sexual assault crime. Citations here are to the Manual for Courts Martial (MCM).

A “sexual act” is any contact between the penis and the vulva however slight; or the penetration of the genital opening of another by hand, finger or an object with the intent to abuse, humiliate, harass, or degrade any person or to arouse or gratify the sexual desire of any person. MCM 45a(t)(1) Note that the first part of the definition of penetration excludes same gender conduct. The second part of the definition requires proof of specific intent. 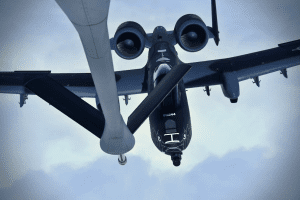 Force is compelling submission or overcoming resistance by use of a dangerous weapon or object, causing another to believe that one has such a weapon, or physical violence or restraint that causes the other to be unable to avoid or escape the sexual contact. MCM 45a(t)(5). Note that the latter part of the definition may fuse the concept of consent into the crime, although it is technically an affirmative defense.

Threatening or placing someone in fear

Threatening or placing someone in fear means a communication or action sufficient to cause a reasonable fear that the victim or another will be subjected to the threatened act. MCM 45a(t)(6)

The definition of sexual act is the same as defined under rape.

Threatening bodily harm less than death, grievous bodily harm or kidnapping includes such non-physical threats as to accuse another of a crime; to publish a secret exposure of which could subject the victim to ridicule, hatred or contempt; or abuse military rank to affect another’s career. MCM 45a(t)(7)

Bodily hard means offensive touching of another, however slight, and includes touching someone other than the victim if that contributes to the victim’s submission to the act. MJ Benchbook 34-5-d 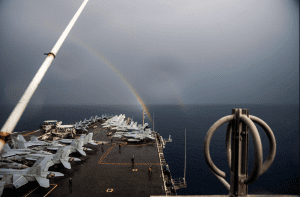 Sexual Contact is one of the many military sex crimes and is defined as the intentional touching of intimate body parts including the genitalia, anus, groin, breast, inner thigh, or buttocks of another person, with an intent to abuse, humiliate, or degrade any person or to arouse or gratify the sexual desire of any person. Touching may be direct or indirect (through clothing). Sexual contact includes causing another to perform sexual contact. MCM 45a(t)(2). This is a specific intent crime and may include male-on-male contact.

The remaining definitions are the same as set out in Section 1.2 above.

The remaining definitions are the same as those set out in Section 1.3 above.

Because of the “without their permission” element of this crime, it appears that the accused has to have asked for consent. 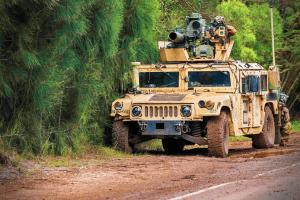 An Indecent Act is a “form of immorality related to sexual purity which is grossly vulgar, obscene, and repugnant to common propriety and tends to excite sexual desire or deprave morals with respect to sexual relations. MCM  45a(t)(11).

Indecent exposure consists of the accused

This is thus a specific intent crime. “Indecent manner” is not separately defined; the closest parallel is the definition of “indecent act.”

Forcible pandering is compelling someone to

Prostitution is a sexual act, sexual contact or a lewd act.

Rape of a Child is a Military Sex Crime

The first provision is equivalent to statutory rape; if the child is under 12, any sexual conduct is criminal and neither force nor specific intent is required to prove the offense nor is “consent” an affirmative defense. The second provision relates to children between the ages of 12 and 16 and requires the other elements of rape. However, a sex act with any child between the ages of 12 and 16 is criminalized as aggravated sexual assault of a child, without regard to force or intent, see 1.11 herein.

Aggravated Sexual Assault of a Child

Aggravated Sexual Assault of a Child is engaging in a sexual act with a child who has attained the age of 12. MCM 45d. This offense is defined by the age of the child and not by the degree of force or specific intent.

Aggravated Sexual Abuse of a Child

Aggravated Sexual Abuse of a Child is engaging in a lewd act with a child. MCM 45f.

Aggravated Sexual Contact with a Child is the same as Rape of a Child, except that the accused’s conduct is “sexual contact” rather than a “Sexual Act.” MCM 45g.

Indecent Liberties with a Child