When You Need a Court Martial Lawyer in Pensacola, FL

The aggressive military defense attorneys at Gonzalez & Waddington have gained a reputation for representing military service members at Army, Navy, Space Force, Marine Corps, Navy, and Coast Guard installations worldwide. If you are stationed in Pensacola, FL and are under investigation for a military offense, then hiring the most hard-hitting court martial lawyer can be the difference between having your rights trampled versus winning your case or redeeming your career. Our court martial lawyers defend Pensacola, FL military personnel in both UCMJ and administrative matters to include representing military service members suspect of sex assault, robbery, and other crimes under the UCMJ.

This film is a great example of why you should retain the best military defense lawyers available.

Unlike most civilian military defense lawyers or your assigned military lawyer, pleading guilty is an option of last resort. Our lawyers compel the military to prove their case beyond a reasonable doubt. We take almost every criminal case to trial and fight the allegations in front of a panel.

Our military court martial results speak for themselves. The suspected service member and his or her well being is our chief concern. Our court martial lawyers keep smaller caseloads than the usual free military defense attorney so that we can concentrate on every case individually. Your case will not be outsourced to a random attorney and we will not power you into pleading guilty at the eleventh hour. Our military criminal defense attorneys have defended military court martial and administrative separation (ADSEP) cases in the U.S. and worldwide.

Our high-powered court martial attorneys will use our skills to fight your court martial or administrative separation (ADSEP) case in Pensacola, FL.

Military personnel working in Pensacola, FL merit the best court martial defense lawyers possible to represent them at their court martial or administrative separation (ADSEP) board.

If you or a loved one are stationed in Pensacola, FL and are suspected of a military offense such as sexual assault or if you are confronted with an administrative separation, NJP, show cause board, reprimand, then call our military defense lawyers right away.

Pensacola, FL and education besides the Military Services 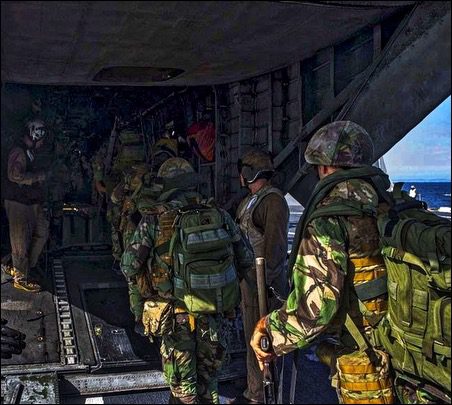 The western city in the Escambia County’s county seat and the Florida Panhandle is Pensacola. This is a sea port on the Bay of Pensacola, protected by the island which acts as a barrier of Santa Rosa. This also connects to the Gulf of Mexico. The population of this city as in accordance to the census of 2010 was 51, 923. This city has a total area of 102.8 kilometers square (39.7 square miles) out of which 59 kilometers square (22.7 square miles) is land and the rest 44.0 kilometer square (17.0 square miles) is water. You have mild and short winters with the summer are being humid and hot. In typical summers, the temperatures range between 32 degrees and 34 degrees. You often find thunderstorm during the afternoons in the summers here. Snowfall is a rare phenomenon in Pensacola. Pensacola is known as a “City of Five Flags” due to history of five governments ruling here.

Pensacola was one of the sites for the initial European-settlements which later became the United States of America. The inhabitants of the Pensacola Bay were Native Americans. It was during the European contact that a tribe speaking Muskogean known as the Pensacola to the Spanish, lived in this region, due to which it got its name of ‘Pensacola”. The ‘Bottle Creek site” located west of Pensacola by 59 miles is one of the best site of Pensacola culture in archaeological terms. This site consists of 18 mounds of large earthwork out of which five are around a central plaza. This was a centre for ceremonies for the people of Pensacola back then.

You will find a number of places you would love to visit here, like the beaches which number up to 52. You can spend all your time here if you are a lover of water and water sports. Besides this, there are a number of museums which are a must-see. There is something for everyone, be it a golfer, art lover, bird watcher, foodie and more.

Pensacola has had more than its share of natural calamities since the past 450 years, but you find the people here joining hands to gain the required confidence and get back to track as soon as possible. You can say that the strength of the people of Pensacola has been able to keep them bonded for many years.

Education is taken into focus

There is no lagging behind about education in Pensacola. You find 12-84K schools, including 22 private schools and 62 public schools. There are 40 Pensacola middle schools, 58 elementary schools and 29 high schools besides the 123 preschool schools here. 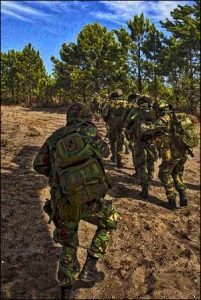 The Naval Air Station Pensacola, in other words, the NAS, is a navy base by the United States which is located in the southwest of the limits of Pensacola. This is the primary base for training all Marine Coast, Navy and Coast Guard aviators. This is considered as the advanced base for training most Naval Flight Officers besides a home base for the Navy Flight Demonstration Squadron of the United States, the Blue Angels. At the moment this site requires an environmental clean-up due to the contamination by hazardous materials. You find the Naval Education and Training Command here besides the Naval Aerospace Medical Institute, in other words, NAMI.

This provides training for aviation physiologists, naval surgeons, and also psychologists. Pensacola, FL has been termed as the “Cradle of Naval Aviation”. This Naval Station was the first station to be commissioned in 1914 by the U.S. Navy. This base is one of the most important ones in the United States to train with the appropriate equipments. As this is considered as one of the important bases worldwide, the NAS, Pensacola stands up to the expectations and is able to provide an environment apt for the family of the workers. You are benefitted with hospitals, schools, cinemas, theaters, and other services.