When You Need a Court Martial Lawyer in Cocoa Beach FL

Our defense attorneys have successfully represented military members around the world.

The hard-hitting defense lawyers at Gonzalez & Waddington have gained a reputation for defending military service members at military installations worldwide. If you are stationed in Cocoa Beach FL and are suspected of a military offense, then hiring the most experienced court martial defense attorney can be the difference between going to jail versus winning your case or saving your career. Our military attorneys defend Cocoa Beach FL military service members in both UCMJ and administrative matters to include defending military personnel suspected of of sex assault, drug offenses, and other crimes under military law.

This film is a perfect example of why you need to select the best criminal defense lawyers that you can find.

Unlike most civilian military criminal defense attorneys or your free military lawyer, pleading guilty is an option of last resort. Our attorneys force the military to prove their case. We take nearly every case to trial and fight the allegations in front of a panel.

Our military court martial outcomes are clear. The suspected service member and his or her desired outcome is our main concern. Our military criminal defense attorneys maintain smaller caseloads than the typical free military lawyer so that we can concentrate on every client individually. Your trial will not be outsourced to a random lawyer and we will not force you into pleading guilty at the eleventh hour. Our military criminal defense lawyers have defended military court martial and administrative separation (ADSEP) cases in the U.S. and globally.

Our hard-hitting court martial defense attorneys will use our experience to defend your court martial or ADSEP case in Cocoa Beach FL.

If you or a loved one are stationed in Cocoa Beach FL and are accused of a military offense such as sexual assault or if you are dealing with an administrative separation, Article 15, elimination board, reprimand, then contact our court martial defense attorneys immediately.

Cocoa Beach, a city with a population of over 11 thousand people, is located in Brevard County in Florida. It is the perfect example of an American beach town, and not just because of the lovely sandy beaches and enjoyable weather. It also offers plenty of fun activities, which makes it the perfect destination for a family vacation. The town is the home of numerous notable people, including astronaut Jan Davis and author Zora Neale Hurston.

Cocoa Beach is a town that occupies a total of 15 square miles, which includes 10.1 square miles of water. In the north, it borders with Cape Canaveral, in the east with Atlantic Ocean, in the west with Banana River, and in the south with Crescent Beach. The area has a large number of boating channels, including those for houseboats and private boats. Regarding the climate, Cocoa Beach has been listed under the humid subtropical areas, which means that it features hot summers with plenty of rain, and dry and warm winters. The average temperature in the hottest month is 91 °F, and in the coolest month it goes down to 72 °F. 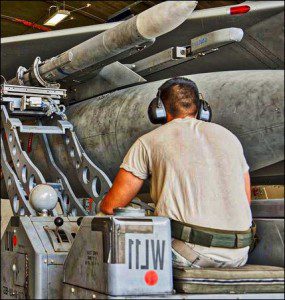 fter the American Civil War, the area that is now called Cocoa Beach has been taken by a group of freed slaves. It was known as Oceanus, but the name was changed to Cocoa Beach after the town was officially established in 1925. During World War II, its largest difficulty was the shortage of funds, especially those for road maintenance. A decision from 1954 was the start of integration of African Americans into society. Probably the biggest change in the town’s history occurred during the 1960’s when NASA decided to locate the John F. Kennedy Space Center only 15 miles north from Cocoa Beach. As a result, the town experienced an amazing 1000% population increase, and became the home of a large number of those working in the space program. After the program was shut down, many residents were left without jobs and eventually moved away. 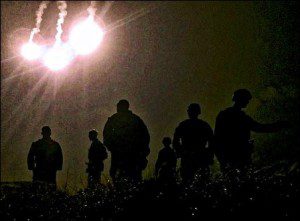 Since Cocoa Beach is a town that hosts over 2 million tourists each year, most inhabitants and businesses are oriented towards tourism and recreation. That is the main reason industry in general has been made a secondary way of making profits, the other one being the opening of the Space Center in the 1960’s. There is, however, a number of small manufacturers located in the town’s area. Apart from a microbrewery, which also functions as a pub, and a company that is in the business of manufacturing billboards and large signs, there are quite a few small boat builders, just like there are in the whole of surrounding area.

Apart from once being located near the John F. Kennedy Space Center, Cocoa Beach is no stranger to military bases. Patrick Air Force Base is the name of the base situated between this town and another called Satellite Beach. It is a US Air Force installation that was named after Major General Mason Patrick. It was built in 1940 as a navy airfield, but it only served that function for the next seven years. The official renaming occurred in 1948, after it was given to the Air Force. The base now hosts the 45th Space Wing, but that is not its only purpose. It also has the Technical Applications Center and the 920th Rescue Wing, as well as the Defense Equal Opportunity Management Institute. The number of employees has already gone over 10 thousand, which includes not only military, but also civilian employees, as well as many different contractors and dependents.