When You Need a Court Martial Lawyer in Mobile, AL

The experienced defense lawyers at Gonzalez & Waddington have developed a reputation for defending military members at Army, Navy, Marine Corps, Navy, and Coast Guard installations worldwide. If you are stationed in Mobile, AL and are suspected of a military crime, then retaining the most experienced defense attorney can be the difference between going to jail versus winning your case or redeeming your career. Our court martial attorneys represent Mobile, AL service members in both UCMJ and administrative matters to include defending service members suspect of sexual assault, robbery, and other crimes under military law.

This film is an excellent example of why you should hire the best criminal defense lawyers possible.

Unlike most civilian defense attorneys or your assigned military lawyer, pleading guilty is an option of last resort. Our firm compel the military to prove their case beyond a reasonable doubt. We take just about every case to trial and fight the allegations in front of a jury.

Our military court martial victories are clear. The accused service member and his or her future is our primary concern. Our court martial lawyers maintain lighter caseloads than the typically assigned defense lawyer so that we can concentrate on every client on an individual basis. Your case will not be outsourced to a third party and we will not push you into taking a dive at the eleventh hour. Our military defense lawyers have successfully fought military court-martial and administrative separation cases in the United States and around the world.

Our hard-hitting military defense attorneys will use our history to fight your court-martial or administrative separation (ADSEP) case in Mobile, AL.

Military personnel working in Mobile, AL merit the best military defense attorneys possible to represent them at their trial or ADSEP hearing.

If you or a loved one are stationed in Mobile, AL and are accused of a military offense such as sexual assault or if you are dealing with an admin discharge, Article 15, show cause board, reprimand, then call our military defense lawyers immediately. 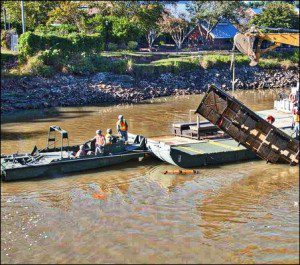 The city of Mobile is the main county seat of Alabama’s Mobile County. The United States Census of 2010 revealed that the population of the city was around 195,111, which made Mobile enter the list of the most populous cities of Alabama at number three. It is also the most populous city of the county itself and is considered to be the largest municipality located on the Gulf Coast, between St. Petersburg (Florida), New Orleans and Louisiana.

The location of the city on the Gulf of Mexico plays a key role in determining the weather of the region. It can generally be classified as being a mild subtropical climate. This means that winters are mild but rainy, whereas, summers are hot and humid.

The only saltwater port of the state is also located here, on the head of the Mobile Bay and the central region of the northern part of the Gulf Coast. This port is very important from an economic perspective, and has played a crucial role in the economic development and health of Mobile, since it allowed the city to become one the main trading centers between the Native Americans and the French, back in the day. This port is currently considered to be the 12th largest port in the country.

The city is popularly known as being the cultural center of the Gulf Coast, which is why one can look around and find several different art museums, a professional opera, professional ballet company and a symphony opera. In addition to this, the city is also dotted with ancient and historic architecture. 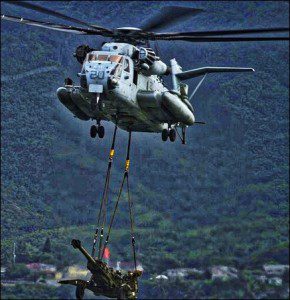 The main military base located in the city of Mobile is, the Brookley Air Force Base, which was once an Air Force base belonging to the United States. However, it has since closed down, and it is now referred to as the Mobile Aeroplex.

The Air Base started being the first municipal airport of the region. The Army Air Corps took over the Bates Field site, which was almost a thousand acres in size, and the Brookley Army Air Field was established here, then. The reason why the military was first interested in setting up a camp here was because of its key location on the bay-front and also because the weather of the region is such that it is extremely conducive to flying.

This Air Field also served as one of the main supply bases for the Air Material Command, during the Second World War in the Caribbean and southeastern part of the United States. 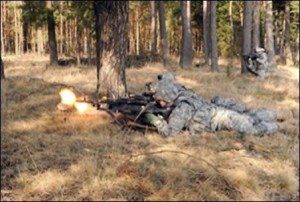 Any individual who is a member of the Armed Forces of the United States is subjected to military law. This means that if an issue ever does come up, the first thing you need to do is immediately consult military defense attorneys. The Uniform Code of Military Justice, rules over military personnel in all matters, even civil issues.

Getting legal aid from the right kind of individual can prove to be tantamount to the overall process, because it may just determine the individual’s future. A trained military lawyer, for example, would be able to effectively reduce the consequences that an individual would have to face, compared to one who has little or no experience in dealing with such affairs.