When You Need a Court Martial Lawyer in Montgomery, AL

The aggressive court martial attorneys at Gonzalez & Waddington have earned a reputation for defending military service members at Army, Navy, Marine Corps, Navy, and Coast Guard installations worldwide. If you are stationed in Montgomery, AL and are suspected of a military crime, then hiring the most experienced court martial defense attorney can be the difference between spending decades in prison versus winning your case or redeeming your career. Our criminal defense lawyers defend Montgomery, AL service members in both UCMJ and administrative matters to include defending service members suspect of sex assault, drug offenses, and other crimes under the UCMJ.

This film is a perfect example of why you must select the best military attorneys available.

Unlike the majority of civilian court martial lawyers or your assigned military attorney, pleading guilty is not something we do often. When we are retained, we compel the military to prove their case beyond a reasonable doubt. We take nearly every criminal case to trial and fight the allegations in front of a jury.

Our military court martial results are clear. The accused service member and his or her future is our principal concern. Our military defense attorneys maintain lighter caseloads than the usual assigned military attorney so that we can concentrate on every trial individually. Your case will not be delegated to a random lawyer and we will not bully you into a guilty plea at the eleventh hour. Our court martial attorneys have defended military court martial and ADSEP cases in the U.S. and around the world.

Our hard-hitting court martial defense lawyers will use our experience to fight your court martial or ADSEP case in Montgomery, AL.

If you or a family member are stationed in Montgomery, AL and are suspected of a UCMJ offense such as sexual assault or if you are facing an administrative discharge, NJP, elimination board, letter of reprimand, then contact our military attorneys now. 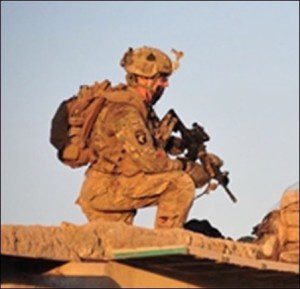 This city is the capital of Alabama, and is also the county seat of the Montgomery County. It is named after a man called Richard Montgomery, and is located in the Gulf Coastal Plain, on Alabama River. According to the United States Census of 2010, the city had a population of 205,764, hence making it the second biggest city in terms of population in the state. It also happens to be the 103rd largest city in the entire country.

The city sprawls over the rolling terrain of the region and the downtown area is situated along the bank of the Alabama River.
The city was first incorporated in 1818, when two towns that were located along the Alabama River were merged together. In 1846, it became the capital of the state. This had to do a lot with the role it played in the economics of the region, since it became one of the major regions that were growing cotton as one of their main commodity crops. It also became the first capital of the Confederate States of America in 1861.

The mid of twentieth century was also important for this city, since it saw many different events unfold, such as the Selma to Montgomery Marches and the Montgomery Bus Boycott, which were both a part of the African-American Civil Rights Movement.
The city is also important, since it is home to several key agencies of the government. Furthermore, it is also important from military perspective, since Maxwell Air Force Base is located here. It is also an education center, with institutions such as Troy University and Alabama State University, and the other private universities, such as Huntingdon College and Faulkner University.

The city is also frequently visited by visitors who come to look at the Alabama Shakespeare Festival and the Museum of Fine Arts. This, perhaps, also contributed to the city being voted as the Best Historic City in USA Today. 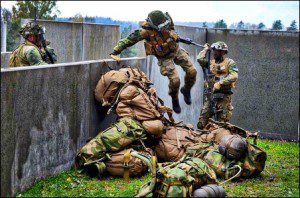 The Maxwell Air Force Base is also known as Maxwell-Gunter Air Force Base. This is an installation of Air Force of the United States, which comes under the control of Air Education and Training Command. This airfield is located on the same site, as, the first established Wright Flying School. It was also named after an individual called William C. Maxwell, who was the Second Lieutenant, and a native of the town of Atmore in Alabama. 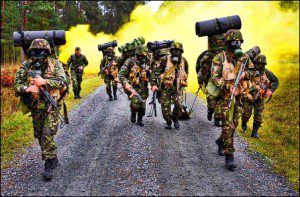 Many members of the armed forces are currently residing in Montgomery and surrounding areas. As with any other military member, they too, are subjected to the laws of the military, which can sometimes become quite difficult to adhere to. In fact, it is possible that a person may be charged for breaking a law he or she was not even aware of in the first place.

In such a situation, the best action to take immediately is to consult expert military defense lawyers. An individual with sufficient background knowledge and experience can pull any military member out of trouble, or can maneuver the situation in such a way that the individual has to bear as less consequences as possible.