When You Need a Court Martial Lawyer in Phoenix, AZ

Our court martial lawyers have successfully defended military personnel around the world.

The experienced military defense lawyers at Gonzalez & Waddington have earned a reputation for defending military service members at military installations worldwide. If you are stationed in Phoenix, AZ and are accused of a military crime, then having the most hard-hitting court-martial defense lawyer can be the difference between going to jail versus winning your case or redeeming your career. Our military criminal defense attorneys represent Phoenix, AZ military service members in both criminal and administrative matters to include defending service members suspect of sexual assault, adultery, BAH fraud, and other crimes under the UCMJ.

This video is an excellent example of why you need to select the best court-martial defense lawyers that you can find.

Unlike most civilian criminal defense lawyers or your assigned military lawyer, pleading guilty is not something we commonly do. When our lawyers are hired, we make the military to prove their case. We take nearly every case to trial and fight the allegations in front of a panel.

Our military court-martial results speak for themselves. The accused service member and his or her future is our main concern. Our court martial defense attorneys maintain smaller caseloads than the average assigned military defense lawyer so that we can focus on each trial on an individual basis. Your case will not be outsourced to a third party and we will not coerce you into taking a dive at the eleventh hour. Our military defense lawyers have defended military court-martial and ADSEP cases in the U.S. and worldwide.

Military personnel working in Phoenix, AZ deserve the best military defense lawyers possible to represent them at their trial or administrative separation hearing.

If you or a family member are stationed in Phoenix, AZ and are accused of a military offense such as sexual assault or if you are confronted with an administrative discharge, Article 15, show cause board, reprimand, then contact our court-martial defense lawyers today.

The personnel of our armed forces are the first line of defense for our freedom, traditions and way of life. Due to the status of America as a global law enforcement country, duties of guarding our freedom take them way beyond the borders of our country driving them to foreign lands with unknown foes and complex problems. They not only defend our core interests and way of life within concerned regions, but also defend those of oppressed countries, communities and ethnicities.

Their ability to defend has been garnered with the help of two things: a strict training regimen and an even stricter Uniform Code of Military Justice that ensures discipline and equality amongst the troops. The presence of the latter grants them security for their commitment to the job through a court of law. Our firm has built such a reputation amongst troops stationed at military installations in Phoenix and other parts of the country. 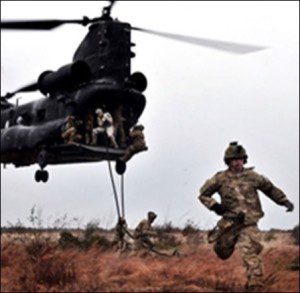 Phoenix forms the core of the Phoenix Metropolitan Area alias Valley of the Sun and is one of the largest cities of the United States. Initially centered on agricultural products despite its arid climate and desert flora and fauna, the economy of Phoenix witnessed a high-tech boom after the Second World War. Originally, Phoenix was dependent on the 5 Cs, embodying its cotton, cattle, copper, climate and citrus as the main driving forces behind its economy. Today, however, Phoenix boasts of hosting headquarters of major airlines and aerospace companies including Honeywell and Mesa Air group. Interestingly, Intel also built its second-largest production plant in Phoenix.

Furthermore, the city has been blessed with a rich military history stretching from World War II when the government created three airfields, two pilot training camps and the legendary desert training center to train troops for the war. The enthusiastic support of locals for the war effort, in the form of enlisting in the armed forces and working as civilians in military supplies’ production facilities, has been documented in the Arizona Military Museum in Phoenix. 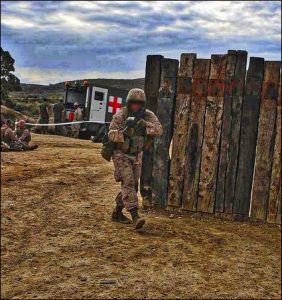 The World War II era Base

The Luke Air Force Base was inaugurated as a training airfield during the Second World War and was named in honor of the Medal of Honor recipient Second Lieutenant Frank Luke. During the war, it became the largest fighter pilot training base in the country with over twelve thousand pilots graduating in a five-year time span.

Currently, the base acts as a training ground for pilots operating on the F-16 aircraft, facing a gradual transition to the stealth F-35 lightning aircraft planned for the future. The base is currently home to a total of 100,000 people including retired and serving personnel with their families. The Barry M. Goldwater Air Force Range is the main feature of the base which provides 57,000 cubic miles of airspace for pilots to practice maneuvers and air to air combat drills.

However, the greater the purpose or utility of a military installation, the more is its importance. As a result, severe restrictions are formulated. For instance, a slight lapse or error in judgment is construed as a severe offense. Unintentional mistakes are reason enough for those higher up in the hierarchy to look for scapegoats. Gonzalez and Waddington has a history of defending such potential scapegoats against unlawful punishments and is continuing to do so.