How Long Should a Military Investigation Last? 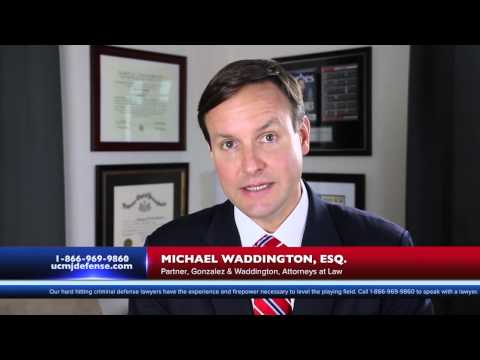 Below is a transcript from the video: How Long Should a Military Investigation Last?

People call me all the time and ask, How long am I going to be under investigation? I’ve been accused of a crime. See, I do sciency is to look into the allegations. How long is this going to take? I want to get this cleared up? Well, there’s no good answer to that. Because some investigations are over and done within a matter of 60 days, 90 days.

I’ve had cases that have drugged out for a year and a half. In my experience, the longer it takes for the investigators to conclude their investigation, the better it is for the accused. The longer it takes them to talk to witnesses to gather evidence, the more likely it is that the evidence will get a go away.

They’re having trouble finding evidence. A lot of evidence disappears, witnesses move, witnesses get deployed, witnesses forget. So in a case that is taking a long time, you need to be patient. It would be best if you started preparing your defense from the early stages. It would be best to gather names, phone numbers, contact information, social media information. It would help if you started working with an attorney from the beginning to try to get your case prepared for potential article 32 or a potential court-martial or potential board.

When You Need a Court-martial Attorneys

We have successfully represented and cleared the names of American military personnel living around the world. Read our trial experience with other court-martial defense lawyers.

The unstoppable criminal defense counsel at Gonzalez & Waddington have developed a name for representing the US military. Suppose you are charged with a military offense. In that case, having a determined military defense counsel can be the difference between getting locked up versus winning your case or redeeming your career. Our criminal defense lawyers vigorously fight for armed forces personnel in punitive and non-judicial cases: Sexual assault, Assault – Article 128, UCMJ, Indecent Act, Title IX Sexual Misconduct Allegations, or Graft – Article 124b, UCMJ.

Reach out to Our Aggressive Military Defense Law Firm

Unlike most court-martial counsel or your free military defense counsel, accepting a plea is not something we commonly recommend. When our court-martial law firms take your case, our civilian defense lawyers make the opposing counsel divulge the evidence and prove their case. We take nearly every charge to a court-martial trial and fight the allegations in front of a military jury.

Classified Information and the Attorney-Client Privilege.

MRE 505(h)(1) does not require an accused to engage in adversarial litigation with the opposing side as a precondition to discussing with a defense counsel who has a security clearance classified information already known to the accused because of previous proper access. The MJ must balance the government’s interest in protecting national security information with the accused’s right to effective assistance of counsel in preparing a defense and the attorney-client privilege.

In-Camera Proceedings. MRE 505(i) contains the procedures for an in-camera review of classified evidence in an Article 39(a) session closed to the public. Similar procedures have been validated under CIPA. See In the case of the United States v. Sarkissian, 841 F.2d 959, 965-66 (9th Cir. 1988).

The affidavit must demonstrate that disclosure of the information reasonably could be expected to cause damage to national security.

The military judge can permit alternatives to full disclosure of the evidence unless the classified information itself is necessary to afford the accused a fair trial.

If the MJ determines that the information is necessary for a fair trial, but the government continues to object to disclosure, the MJ may employ sanctions as follows:

Striking or precluding the testimony of a witness;