Cities in Kansas where our military defense attorneys represent service members at court martial and in administrative separations: 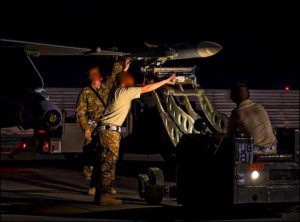 Fort Leavenworth is a military base in Leavenworth County, Kansas. Built in 1827 and being one of the oldest active posts of the US Army, the base has earned the nickname, the “International Center of the Army.” The post has also been awarded as Army Community of Excellence numerous times. Fort Leavenworth is now home to the US Army Combined Arms Center, the Command and General Staff College, and the 705th Military Police Battalion.

The Combined Arms Center stationed in Fort Leavenworth is given the primary mission of preparing the Army, especially its leaders, for combat situations. Fort Leavenworth is now recognized as the center for excellence in combined arms education, doctrine, and leader development for the Army.

Fort Riley is an Army post located near the Kansas River in Northeast Kansas. The installation was established in 1853 as a base for Westward expansion in Kansas, and has grown much to become known as Home of America’s Army. The fort is named after Major General Bennett C. Riley, the last military governor of California before it became a US state.

Because the base used to house the US Army Cavalry headquarters, it was chosen as the place to construct the US Army Cavalry Museum. The post is currently home to the 1st Infantry Division which replaced the 24th Infantry division that used to garrison the post. $9 million is being spent on a new Warrior Zone (recreational facility) that will be five times bigger than the current facility.

The 22d operates 48 KC-135 Stratotankers, and supports worldwide aerial refueling and airlift operations. This was designed to provide global support for troops, equipment and supplies; as well as to support global contingency and conventional operations.

Kansas “The City of Fountains” 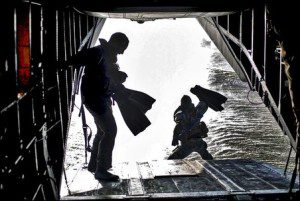 Kansas is named after the Kansa Native American tribe and this state is located in the Midwestern United States. Residents of Kansas are known as Kansans. Kansas is home to various Native American tribes. Tribes in the eastern part of the state lived in the villages besides the river valleys whereas the tribes in the western part were semi nomadic and hunted large herds of bison.

The state is divided into 628 cities and 105 countries, and it is equidistant from Atlantic and Pacific oceans. Kansas is bordered by Missouri on the east, Colorado on the west, Nebraska on the north, and Oklahoma on the south. The geographic center of Kansas is located in Barton County. The population estimate of the state was 2,904,021 on July 1, 2014 with an increase of 1.78% since 2010. Immigration from outside the US resulted in an increase of 44,847 people. Thus, the density of population of Kansas is 52.9 people per square mile.

Kansas is located on the American Great Plains and it has become the 34th state in 29th January, 1861. After the Kansas-Nebraska Act of 1854, two territories were opened to settlement allowing the new people to determine whether the states will be admitted to the union and free or slave.

North and south competed to send the majority of its settlers into the region and this led to violence and the territory was soon known as “Bleeding Kansas”. Kansas is known as part of America’s agricultural land, and it is home to US military installation Fort Leavenworth. The state is involved in implementing the Common Core State Standards for students and educators. Kansas state libraries provide a one stop shop for student research resources.

Botanica, Wichita Gardens: It covers 9.5 acre of area featuring themed gardens. The garden is open throughout the year and it attracts different visitors. Some of the major attractions include woodland glade, children’s and butterfly garden, memorial fountain, aquatic collection and rose garden.

Spencer museum of Art: The Spencer Museum of Art houses thousands of artifacts and artworks. The collection consists of history of American and European art.

Monument Rocks: They are located 20 miles south of Oakley and they are known as the

Chalk Pyramids. They are a natural formation that served as a landmark for American Indians.

Lake Scott State Park: The Park has a 100 acre lake created by a dam constructed in 1930. Variety of groves of ash, elm, willow, cedar, hackberry trees can be found. Visitors can also go for swimming, hiking, camping, and biking and wildlife observation.

Fort Leavenworth Army base: It is a military base that is located in Kansas and it is known as the intellectual center of the US Army. The base spreads over 2300 ha and it has around 1000 buildings. The base is a home of few major US Army units: Munson Army health center, the Disciplinary Barracks, the Combined Arms center, the 35-th Infantry division and the Foreign Military Studies Office.

Fort Riley Army Base in Riley, Kansas: It is one of the largest military installations in the US covering 407 sq km and has 25000 houses. It is located on the Kansas River spreading over two different countries including Geary and Riley. The Fort Riley Army Base is huge and has its own pin code. The fort is divided into two parts: the north one and the camp Whiteside.

McConnell Air Force Base in Sedgwick: It is one of the military bases around the USA performing air refueling activities for any type of aircraft. It is located in the Sedgwick County, located in the south eastern part of Kansas and it is operated by the Air Force. The base is named in the memory of two brothers who lost their lives in World War 2.