When You Need a Court Martial Lawyer in Leavenworth, KS

The experienced court martial defense attorneys at Gonzalez & Waddington have developed a reputation for representing service members at Army, Navy, Marine Corps, Navy, and Coast Guard installations worldwide. If you are stationed in Leavenworth, KS and are suspected of a military crime, then retaining the most aggressive court martial defense attorney can be the difference between going to jail versus winning your case or saving your career. Our military defense lawyers represent Leavenworth, KS military service members in both UCMJ and administrative matters to include defending military service members accused of sex assault, drug use, and other offenses under the UCMJ.

This film is a perfect example of why you must hire the best military defense lawyers that you can find.

Unlike most civilian military defense attorneys or your free military counsel, pleading guilty is not something we do often. When we are retained, we force the military to prove their case. We take nearly every case to trial and fight the allegations in front of a jury.

Our military court martial results speak for themselves. The suspected military service member and his or her future is our chief concern. Our military defense attorneys maintain lighter caseloads than the average assigned defense attorney so that we can concentrate on every client individually. Your trial will not be delegated to a third party and we will not push you into a guilty plea at the eleventh hour. Our military defense lawyers have successfully contested military court martial and administrative separation cases in the U.S. and worldwide.

Our aggressive military attorneys will use our history to defend your court martial or ADSEP case in Leavenworth, KS.

If you or a loved one are stationed in Leavenworth, KS and are accused of a military crime such as sex assault or if you are confronted with an admin separation, NJP, elimination board, reprimand, then call our court martial defense attorneys now.

Facts and Information on Leavenworth, KS 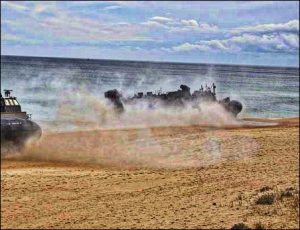 Leavenworth; located in the Leavenworth county seat of Kansas, United States is considered as one of the largest city. It is located at an elevation of 256m (840 ft) in north-eastern Kansas, at the junction of Kansas Highway 92 and US Route 73. Leavenworth is on the bank of Missouri River on the west side. There are four tributaries of this river flowing east right through the city. Taking from north to the south, there is the Five Mile Creek, Quarry Creek, Three Mile Creek and the Corral Creek. According to the census of the United States, Leavenworth, KS has an area of 62.32km square (24.06 square miles), out of which 62.26 km square (24.04 square miles) is land and the rest of 0.05km square (0.02 square miles) is water. In accordance to the census of 2010, the population of this city was 35,251.

Founded in 1854, Leavenworth was the first city to be incorporated in Kansas, which was a newly-formed state. The development of this took place in the south of the Leavenworth Fort, in 1827, established as the Cantonment of Leavenworth. It was in the year 1858 that the “Leavenworth Constitution” was adapted for the state of Kansas.

You have multiple options where the places to visit in Leavenworth, KS is concerned. You can visit the C.W. Parker Carousel Museum which highlights the 1913 C.W Parker Carousel, which has been purchased by the Historical Society of Leavenworth and later refurbished in the year 1997. You can opt for the Riverfront Park which is on the banks of the river Missouri and has facilities for camping and picnics beside a boat ramp. This park is able to provide a splendid view of the huge bridge that crosses the river to the Missouri State. Besides them, you have choices between the North Esplanade, the Allen-Anthony Home and the different architectural homes in the city.

Education and the people in Leavenworth, KS

The people of Leavenworth, KS have many small businesses and here there are families on the smaller side. You can say this is a closed community, but you will not find a lot of tourists here. Talking about education, USD 207 Fort Leavenworth encompasses the Fort Leavenworth, operating junior high school and also elementary schools. There are three private schools here besides the University of Saint Mary. 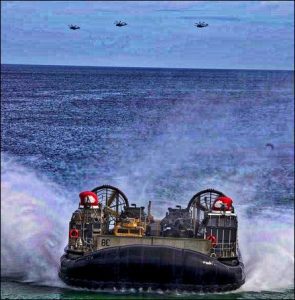 This USDB is the only facility for maximum-security of the US military. This facility houses the service members who are convicted for violating the Military Justice uniform code. The prisoners here are enlisted and have been sentenced to more than ten years, prisoners who have been convicted of breaching security on the national level and commissioned officers. Prisoners who are enlisted and sentenced to less than ten years are confined to facilities which are smaller. There are also those with the death penalty housed in the USDB. This has been accredited from the ACA (American Correctional Association) since the year 1988.