During the interrogation phase, investigators go through nine steps, starting with accusing the suspect of a crime or knowing of a crime. If the suspect is believed to be lying, officers begin phase two, the formal questioning.

The challenge for police is that flawed interview questions, and interrogation practices can hamper interrogations of suspects and subsequent confessions. Critics object to police using techniques on people with unclear guilt to gather more information during stress-free interrogations, which can convict guilty suspects and exonerate innocent suspects. According to the Innocence Project, more than a quarter of convicted suspects are exonerated by DNA evidence.

Psychological research has shown that adolescents with reduced mental abilities are more likely to make false confessions. Innocent people are more likely to confess in the mistaken belief they will confess of some kind at the end of an interrogation. Psychological studies have shown that social influences have a substantial impact on conformity, obedience to authority, fulfillment of demands, and adverse effects in the form of false confessions.

Interrogation techniques based on pressure, persuasion, or coercion can cause a suspect to collapse and alter his perception of himself and the situation so that he sees an act of confession in his selfish interest as the only option to be out of the problem. Controlled laboratory studies and meta-analyses have shown that interrogation tactics can increase the number of false confessions by up to 20%, a finding that Stewart, Woody, and Pulos have found (2018).

During interrogations, officers may lie about evidence, and they may pressure you to confess to crimes they think you have committed, even though you are innocent. When a CID, NCIS, OSI, or CGIS investigators officer stops someone who does not know him, the officer usually assumes the man is guilty of some crime or wrongdoing.

If an officer stops you for something, you don’t know why you can assume that the officer suspects that you have committed a crime – whether it’s frenzy or murder – and tries to get you to confess, regardless of how you have behaved. If you are questioned by law enforcement on a public street, you are in custody for formal questioning, and there are some secrets you need to know. If the military law enforcement investigator interrogates you, it is essential to know that your answers will be short and threaten your freedom.

Many TV Police Interrogations are Improper

When CID, NCIS, OSI, or CGIS investigators suspect a person of a crime, they use Reid’s interrogation technique. In police procedural dramas, interrogations often end in tearful confessions, and the intervention of defense attorneys often rules them out. When a police officer suspects a crime, he or she often uses the Reid interrogations.

In reality, the Reid interrogation method was developed in the 1940s, and although Reid can effectively make confessions, it has been used for more than a half-century. Supporters of the Reid technique say it is helpful for extracting information from unwilling suspects. For its users, the goal is to make the suspect comfortable enough “to tell the truth.”

Because suspects carry out most deceptions without a valid waiver of Miranda’s rights, Miranda offers suspects little protection from misleading interrogation techniques. Suspects are more likely to make confessions after being denied their rights when subjected to lengthy interrogations.

One of the country’s most extensive police consulting firms, a firm that trains hundreds of thousands of police officers, CID, NCIS, OSI, or CGIS investigators, and federal agents, said that it would abolish the Reid technique because of the risk of false confessions. Research and a flood of exonerations over the years have shown that Reid’s interrogation tactics and similar methods can lead to false confessions. Yet, most law enforcement officers are trained in the Reid technique, an interview and interrogation technique described by researchers as the gold standard for interrogating suspects and methods based on it. 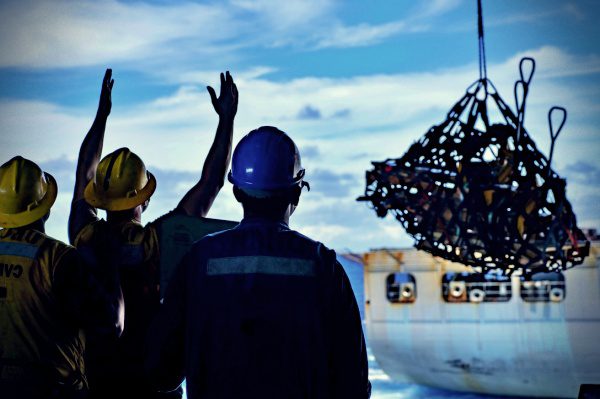 The Reid Technique and False Confessions the Military

The Reid Technique is a psychological interrogation technique developed by John Reid. It was initially taught to police officers in the 1950s and has been adopted by law enforcement worldwide for use during interrogations. Reid’s system employs an aggressive, confrontational style of interrogation to make suspects admit guilt. This blog post will discuss how this technique works, what it can achieve, and why it remains controversial today.

The Reid Technique is an interrogation technique that employs an aggressive, confrontational style of questioning to force confessions from suspects. John Reid developed this method at the request of his friend and colleague Tom Dixon in 1951; Reid was a criminologist with a specialty in psychology who had previously studied how liars reveal themselves through body language. He saw police interrogations as a crucial tool in the fight against crime and became determined to introduce standardized, scientific interrogation methods.

Reid published his findings in the 1959 book Criminal Interrogation and Confessions, which quickly became standard reading for all CID, NCIS, OSI, or CGIS investigators in America.

The Reid Technique is controversial because it risks miscarriages of justice by coercing innocent suspects into confessing to crimes they did not commit; some critics have even argued that Reid’s methods are a form of torture. Reid argues that this is not the case, and police officers who have used his technique say it has led to numerous arrests. Nevertheless, Reid’s strategy is highly influential in American policing; although various methods for interrogating suspects exist, Reid’s remains dominant across most departments in America today.

The Reid Technique, developed by John Reid in 1947, has been a controversial interrogation method since its inception because it can produce a false confession. However, recent research suggests that this technique leads to reliable information from guilty suspects but unreliable information from innocent suspects (Arrigo & Patil, 2012). The Reid Technique is a type of accusatorial interrogation that involves an interrogator persuading the suspect to confess.

What are false confessions?

False confessions result from an innocent person being pressured to confess using a Reid technique interrogation. There is usually no evidence against this individual in these cases, and they often have strong alibis. False confessions can occur for several reasons:

Why do false confessions happen?

The Reid Technique is accused of leading to false confessions because it is a type of accusatorial interrogation. The Reid Technique starts from an assumption that the suspect committed the crime. The Reid technique interrogators are trained to persuade suspects into making incriminating statements by using multiple techniques and tactics, including:

There are Reid techniques that do not involve accusatorial interrogation. For example, Reid Technique interrogators can use the Cognitive Interview technique. This non-accusational interview method relies on open-ended questions and does not lead suspects to make incriminating statements (Arrigo & Patil, 2012).

Instead of using an accusatorial Reid-style interrogation where you start off believing the suspect has committed the crime, law enforcement can use a non-accusational interview style to get more reliable information about what happened. This is an example of Reid Technique alternatives that do not lead to false confessions and can help produce better evidence for cases.

False confessions result from an innocent person being pressured to confess utilizing the Reid technique interrogation. There is usually no evidence against this individual in these cases, and they often have strong alibis. False confessions can occur for many reasons:

The police may use these techniques on you during an interrogation:

If you or a loved one are accused of a crime in the military, then call our experienced military defense lawyers today for a free consultation.