Mistake of Fact Explained by a Military Defense Lawyer

In a military sexual assault case, the prosecution must prove the offense beyond a reasonable doubt

A suspect in a military sexual assault must know that they are committing a crime.

This means the government must prove beyond a reasonable that the offense was committed by the accused. They must also prove beyond a reasonable doubt that that the defendant did not have a mistaken belief that the alleged victim was consenting. For a defendant to be held criminally liable for a military sexual assault, they must know that they are committing a crime. They must understand that the victim is not consenting or is incapable of consent. If the defendant has a reasonable but mistaken belief that the victim is consenting, they are not guilty of the sex crime.

What is a reasonable mistake of fact in a military sexual assault case?

Here is an example of a reasonable mistake of fact in a military sexual assault case. Let’s say I’m in college, and I meet someone in the dorm, and we go to lunch, we hang out, I think she likes me, she flirts with me. We watch movies in her bed late at night, and we kiss a few times. Let’s say I then invite her to the movies. And I take this woman on this date to the film, and we’re sitting there watching a romantic movie, and she’s cuddling into me. And I think everything’s great. And I put my hand on her leg, and I start rubbing her leg, and I start caressing her inner thigh. She doesn’t say “stop.” She does not move your hand. She doesn’t say anything. And, she’s smiling and making soft sounds, consensual sounds. Then, two weeks later, the woman claims that she was sexually assaulted at the movie theater.

Mistake of fact in a military sexual assault trial

In the court-martial trial, we’re going to present evidence on cross-examination and through our client to show that the defendant believed that she was consenting.
He’s thinking:

Don’t talk to investigators if you are accused of military sexual assault, even if you are innocent

A court-martial defense lawyer can advise you on your options and present that defense to military sexual assault at a trial. However, if someone falsely accuses you of military sexual assault, do not speak to the police. Instead, hire an aggressive military defense attorney. By talking to the police without a lawyer, you may be doing shutting down potential defenses. Often the truth is the best defense. Believe it or not, in cases where there’s a mistake about whether a person is consenting or not consenting, the truth can set you free.

Before having sex with someone, make it clear that you have consent

You shouldn’t be sexually assaulting people or touching people that you don’t know. That is a crime. When I talk about mistake of fact as a defense, I’m talking about situations where the people know each other. There should be a history of consensual sexual behavior. There is touching and consensual behavior that would lead a reasonable person to believe that the person they’re touching is consenting to sex.

Flirting, smiling, or sexual predisposition alone does not equate to consent or mistake of fact as to consent

Let’s say you’re a sergeant, and a recruit comes into your office. You don’t know her. But, she is attractive, and you think she’s sexy. So, she smiles and flirts with you, so you walk up to her and put your hand on her buttocks. Here, there is no mistake of fact. Flirting, smiling at someone, or being friendly will not raise a mistake of fact as a defense. Why? The answer is obvious. There has to be a reasonable expectation that the person will consent, such as a pre-existing relationship or some sort of pre-existing sexual history between you. 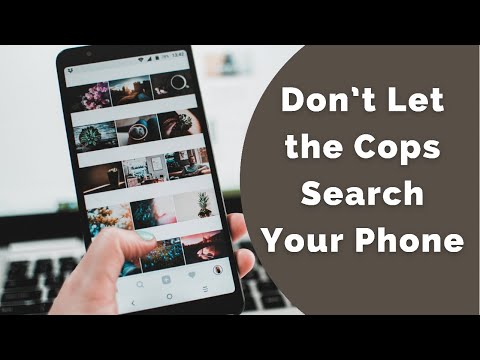 There doesn’t have to be a long-standing history. It could be someone you met at the bar that night. However, flirting, grinding, dancing, kissing, sexual discussions, and agreeing to go back to your place can raise mistake of fact. Even better, if the alleged victim goes back to your apartment and starts engaging in sexual behavior, that would likely raise mistake of fact as a defense to military sexual assault.

Be careful when hooking up with strangers, crazy people, or people under the influence of drugs or alcohol

Military Defense Lawyer, Michael Waddington, explains Military Sexual Assault Defenses: Mistake of Fact as to Consent. In the military, “Mistake of fact” means the accused held, as a result of ignorance or mistake, an incorrect belief that the other person consented to the sexual conduct. Call 1-800-921-8607 to speak with a sexual assault defense attorney today. #sexualassault #criminaldefense #falseaccusation #fakesexualassault