Cities in Utah where our military defense attorneys represent service members at court martial and in administrative separations:

Dugway (DPG) is a little more than 800,000 acres of desert in size. That’s about the size of Rhode Island. A “dugway” is a trench dug along a hill to level the ground and prevent wagons from tipping. The reason the DPG is so big is because of its purpose: to test the biological and chemical weapons systems of the US and its allies in a safe and isolated location.

Other uses include flight tests from nearby Hill AFB and some Special Forces training before deployment to Afghanistan. Controversy over the thousands of open air tests of harmful deadly chemicals has persisted especially after the 1968 incident where 6,000 sheep were killed from exposure to the nerve agent VX. The Army denied liability, but paid the ranchers for their losses.

Hill AFB is tasked with providing worldwide logistics management for the Inter Continental Ballistic Missiles of the US. The Logistics Center maintains and provides logistics management for the F-16. The base has an air arsenal of F-16 Falcon and C-130 Hercules aircraft. Hill Air Force Base produces 250 aircraft as well as 16,800 avionics and structural components annually.

Utah, also nicknamed as the Beehive State, is the third highest state in U.S., situated at the centre of the West. . With Salt Lake City its capital, the state is bordered by Idaho on the north, Colorado on the east, Wyoming on the northeast, Nevada on the west and Arizona on the south. Utah meets Arizona, New Mexico, and Colorado in the southeast at right angles. This state has a diverse landscape, which includes deserts, salt flats, valley oases, lakes and snow covered mountains. Utah is halfway between Mexico and Canada and is in the middle of the Rocky Mountains.

The majority of the population in Utah has northern European ancestry. A small percentage of African Americans, Native Americans, Hispanics and Asians are also present. Among all religions, Mormons represent the main proportion of religious faith.

What are the special features of Utah? 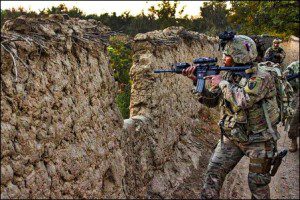 Dominguez and Franciscan friars Escalante from Spain were the first to explore Utah in 1776. The Great Salt Lake was first discovered by Jim Bridger, the famous American frontiersman in 1824. In 1847, The Mormons arrived in this region. The United States obtained Utah after a treaty was signed at the end of the Mexican war. During the same period, the first transcontinental railroad was fully completed, with the golden spike being driven at Promontory Summit in 1869.

Tourism in Utah contributes to major economic development. One can visit this state and float in the Great Salt Lake, which contains bulk amount salt, so that people can float here easily. One can also listen to the famous Mormon Tabernacle Choir in the Salt Lake City. This city is also famous because from here the first transcontinental telegraph message to the world that was sent across wires, and was received here. One can see rocks that are beautifully colored and oddly shaped at Zion National Park and Bryce Canyon National Park. One can also see car racing trials held at Bonneville Salt Flats. 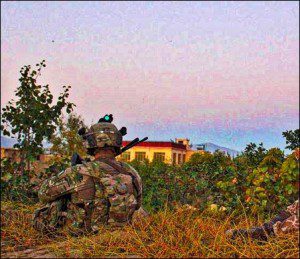 Utah consists of one Air Force Base and two Army Bases. There is a Hill Air Force Base. Army Bases are Dugway Proving Ground Army Base and Tooele Army Depot Base.
Hill Air Force Base, 50 km from Salt Lake City, is one of the most important and sixth largest employers in Utah. It is located close to Clearfield and Odgen. The base is named after Ployer Peter Hill, who expired in 1935.The main mission of the base is the management of operations like software, aircraft, missiles and engines.

Dugway Proving Ground Army Base offers the largest military facility, and is located in Tooele County in Utah. Spreading over eight hundred thousand acres of land, it covers a large area of the salt lake desert. The surroundings consist mainly of mountains, which act as possible fortifications to the country. The main purpose of this base is to test the chemical and biological weapons, used in the country’s defense. Military testing becomes quite easy here, as the area is sparsely populated. This base is used by Army Reserve, the National Guard, and the Air Force.

Tooele Army Depot Base is situated in Tooele, Utah. This base contributes to the western region for training ammunition and war reserve, as well as for serving as the National Control Point. This also includes demilitarizing, maintaining, modifying, renovating, issuing, sorting and receiving conventional munitions. Its priorities regarding ammunitions include distributing, modifying, fabricating and developing the military equipment.