Defective causation & intervening cause is when the accused is not criminally responsible for the loss/damage/injury if his or her act or omission was not a proximate cause.

The accused’s act may be “proximate”

The accused’s act may be “proximate” even if it is not the sole or latest cause. United States v. Moglia, 3 M.J. 216 (C.M.A. 1977). The court in United States v. Taylor, 44 M.J. 254 (C.A.A.F. 1996) held, the accused is entitled to present evidence of negligent medical care given by paramedics to drowning victim even if eventual death did not result solely from such negligent medical care. The court in United States v. Reveles, 41 M.J. 388 (C.A.A.F. 1995) held, possibility that victim’s death was caused by negligence of medical personnel subsequent to injury inflicted by accused was no defense because medical negligence did not loom so large that accused’s act was not a substantial factor in victim’s death.

In a crime of negligent omission, the accused is not criminally responsible unless his or her omission was a “substantial factor,” among multiple causes, in producing the damage. The court in United States v. Day, 23 C.M.R. 651 (N.B.R. 1957) held, ship commander’s failure to keep engines in readiness held proximate cause of ship grounding in gale.

The court in United States v. Houghten, 32 C.M.R. 3 (C.M.A. 1962) set forth an intervening cause test. The court stated that: “If it appears that the act of the accused was not the proximate cause of the death for which he is being prosecuted, but that another cause intervened, with which he was in no way connected and but for which death would not have occurred, such supervening cause is a good defense to the crime of homicide.”

The intervening cause must not be foreseeable.

The court in United States v. Varraso, 21 M.J. 129 (C.M.A. 1985) held, the defense was not raised where accused helped victim hang herself by tying her hands behind her back and putting her head in the noose; any later acts by the victim to complete the hanging were foreseeable.

Intervening cause must intrude between the original wrongful act or omission and the injury and produce a result which would not otherwise have followed. United States v. King, 4 M.J. 785 (N.C.M.R. 1977), aff’d, 7 M.J. 207 (C.M.A. 1979). Defense offered evidence that the accused drove onto the shoulder of the road to avoid the oncoming victim and that, in attempting to negotiate the sunken shoulder to regain the road, the accused crossed over the center line and struck the victim’s vehicle. The court noted that intervening cause would have been present had a third vehicle been involved or had the accused offered evidence that one of the wheels of his vehicle dropped off or that an earth-slide forced him into the oncoming lane.

The court in Henderson v. Kibbe, 431 U.S. 145 (1977) held, abandoning intoxicated robbery victim on an abandoned rural road in a snowstorm established culpability for death of victim resulting from his being struck by a speeding truck).

In United States v. Riley, 58 M.J. 305 (C.A.A.F. 2003), an airman gave birth to a baby girl in the latrine of hospital. The baby died from blunt force trauma and left in the trashcan of the latrine. Appellant argued that the doctors’ failure to discover her pregnancy on three prior medical visits was an intervening cause in the baby’s death. CAAF disagreed, concluding that, at best, the negligence was a contributing cause. The doctors did not intervene between the birth of the baby and the ultimate death.

Legal Defense Of Intervening Cause 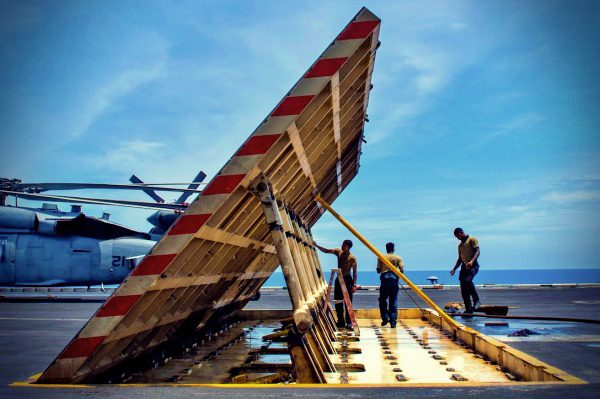 This case is a clear example of a court refusing to accept the overarching and intervening defense and holding the accused responsible for consequential injuries caused by his original negligence. Relying on this jurisprudence creates a high hurdle for a defendant who, in such a case, seeks fast-track proceedings against an interfering or superior act.

This can be seen in situations where the originally negligent behavior set in motion a chain of events that led to the plaintiff’s injury. The intervening cause interrupts the connection between the injury and the defendant’s action and destroys the claim of negligence. Therefore, the defendant shall avoid liability by proving that the subsequent acts or events of the intermediary cause were the true cause of the injury or loss of the person.

Regardless of whether there was an incident, the negligent action of the defendants contributed to the injury of the plaintiffs. If an act is an unforeseeable cause of injury, the defendant shall not be liable for the damage suffered by the claimants. This doctrine applies even if the intervening act 1 is sufficient to intervene because the act that caused the injury was not foreseeable by the negligent actor and was not a normal reaction to the negligent behavior of the actors.

If a dependent intervening cause does not break the causal chain, then the accused act and the injury to the victim are not available as a defense. This means that the negligent or reckless conduct of the accused played a significant role in causing or causing the injury or loss of persons. If there were no causality between the actions or omissions of the defendants, the violation would not have occurred. This becomes, as our court has established, original negligence if the occurrence of an injury is caused by an intentional, malicious, or criminal act of a third person causing an injury that was not intended by the negligent person and could not have been anticipated by him and the causal chain is interrupted from the original negligence to the accident.

A separate act or omission which interrupts the direct connection between the act of the accused and the injury or loss of another person shall acquit the accused from liability for that injury. Criminal or human conduct against a third party shall not be considered an interfering ground that relieves the accused’s liability if the accused has negligently contributed to the loss of the victim. In jurisdictions where the intervening cause describes a cause that arose because the defendant’s conduct led to injury, the intervening cause relieves the defendant of liability (the so-called overarching cause).

An overarching cause is an independent event that occurs after an accident to protect a negligent party or defendant from liability. If an event occurs after an unforeseeable act by the accused, the cause of the injury occurs, which eliminates the liability of the accused of the act. Interfering or displacing causes occur when the actions of a third party or actions of another nature that play a role in causing the plaintiff’s injury to disrupt the so-called causal chain, reduce the defendant’s liability or extinguish it – the defendant – which means that intervening or displaced causes reduce or eliminate your ability to receive fair compensation for the harm caused by your injury.

An interfering act, also referred to as an overarching cause, is an act that exempts the original defendant from liability because the interfering act was foreseeable for the defendant. An intervening act by a third person does not replace the reformulation of an intervening concern. Still, the court may exempt the original actor from liability on the grounds of public policy.