Amnesia as a Legal Defense

When Amnesia May be a Defense

An accused cannot be convicted of AWOL if he was temporarily without knowledge that he was in the military during the period of his alleged absence. See United States v. Wiseman, 30 C.M.R. 724 (N.B.R. 1961).

In United States v. Lopez-Malave, 15 C.M.R. 341 (C.M.A. 1954), the Court held that drug or alcohol induced amnesia in and of itself does not constitute a mental disease or defect which will excuse criminal conduct under the defense of lack of mental responsibility.

Under earlier law, in order to require an insanity instruction, the evidence must show that a defendant’s alcoholism constitutes a mental disease or defect so as to impair substantially his capacity either to appreciate the criminality of his conduct or to conform his conduct to the requirements of law. United States v. Brown, 50 C.M.R. 374 (N.C.M.R. 1975); United States v. Marriott, 15 C.M.R. 390 (C.M.A. 1954). With the passage of UCMJ art. 50a, the standard for lack of mental responsibility is now complete impairment. For a complete discussion of Article 50a, see Chapter 6, infra

Generally, a defendant is not incompetent to stand trial simply because he is suffering from amnesia. The appropriate test when amnesia is found is whether an accused can receive, or has received, a fair trial. The test, as stated in Dusky v. United States, 362 U.S. 402 (1960), is “whether [the accused] has sufficient present ability to consult with his lawyer with a reasonable degree of rational understanding–and whether he has a rational as well as factual understanding of the proceedings against him.”

Where the amnesia appears to be temporary, an appropriate solution might be to defer trial for a reasonable period to see if the accused’s memory improves.

In Commonwealth v. Lombardi, 393 N.E.2d 346 (Mass. 1979), the Court held that where the amnesia is apparently permanent, the fairness of proceeding to trial must be assessed on the basis of the particular circumstances of the case. A variety of factors may be significant in determining whether the trial shall proceed, including:

A pretrial determination of whether the defendant’s amnesia will deny him a fair trial is not always possible. In such a case, the trial judge may make a determination of fairness after trial with appropriate findings of fact and rulings concerning the relevant criteria.

While courts have concluded that seizures attendant to epilepsy provide a basis for a defense, other types of unconsciousness or automatism have been rejected as bases for a defense. In United States v. Rooks, 29 M.J. 291 (C.M.A. 1989), the Court held that seizures attendant to epilepsy may render the accused unable to form the mens rea required for assault.

On the other hand, in United States v. Campos, 37 M.J. 894 (A.C.M.R. 1993), aff’d, 42 M.J. 253 (C.A.A.F. 1995), the Court found that evidence was sufficient to convict the defendant of offenses of willfully disobeying and assaulting an NCO, despite the defendant’s contention that he lacked required mens rea due to automatic and uncontrollable behavior brought on by claustrophobia.

In United States v. Axelson, 65 M.J. 501 (Army Ct. Crim. App. 2007), the Court concluded that the defendant’s plea to aggravated assault was knowing and no additional instructions on defenses were required because aggravated assault is a general intent crime to which partial mental responsibility is not a defense. In addition, automatism is not a defense under R.C.M. 916 or other case law.

In United States v. Lanier, 117 S.Ct. 1219 (1997), the Court determined that the benchmark of the fair warning requirement is whether the statute made it reasonably clear at the relevant time that defendant’s conduct was criminal.

In United States v. Argo, 46 M.J. 454 (C.A.A.F. 1997), the Court found that the defendant was not subjected to selective or vindictive prosecution in regard to handling or adultery allegations, though charges were not preferred against two others alleged to have committed adultery, where charges were preferred against the defendant only after he violated a “no-contact” order.

In United States v. Webster, 65 M.J. 936 (A. Ct. Crim. App. 2008), the defendant pled guilty to missing movement to Iraq by design and disobeying orders. The defendant had converted to Islam in 1994 and had doubts about whether he should participate in a war against Muslims. During the guilty plea inquiry, the military judge ruled that his religious beliefs would not provide a defense to disobeying orders.

The Court first held that the defendant’s guilty plea was knowing, voluntary, and provident. Under AR 600-43, conscientious objector requests made after an individual has entered active duty will not be favorably considered when the objection is to a certain war, which was the case here. In addition, the defendant “had no legal right or privilege under the First Amendment to refuse obedience to the orders, and the orders were not given for an illegal purpose.”

Amnesia is when a person can no longer memorize or retrieve information stored in memory. As a result, some people forget certain parts of their memory about certain events in their lives. For example, patients with severe anterograde amnesia cannot recall events that happened earlier in their lives.

Amnesia can be temporary or permanent, and memory loss can occur for several reasons. Amnesia refers to the loss of memories such as facts, information, or experiences. It also points to widespread memory loss that cannot be forgotten.

Amnesia is caused by damage to areas of the brain that are vital for memory processing. For example, Amnesia can be caused by injuries, illnesses, infections, or trauma that damages brain parts that control memory. 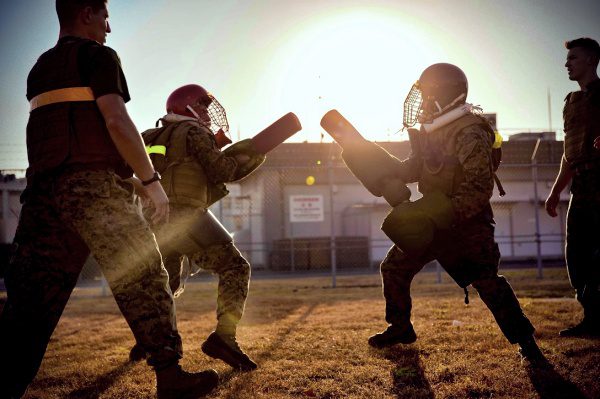 Memory loss amnesia is when a person loses the ability to remember events or information they have previously remembered. Some people who suffer from amnesia show abnormal levels of memory loss, confusion, or difficulty remembering others or places.

If you have amnesia, you may have difficulty remembering facts, events, places, and specific details. However, you can remember information about the events that caused your amnesia.

In this type of amnesia, patients are unable to remember memories from the past. It happens suddenly, and patients forget what happened immediately after an incident, such as an accident caused by a head injury or stroke. Amnesia is temporary but can last longer or shorter depending on the severity of the injury.

Dissociative amnesia is when your mind rejects thoughts, feelings, or information you are too overwhelmed to deal with. Amnesia can also be attributed to severe emotional shock, and in some cases, personal memories and identity can be affected. In addition, trauma or stress can be so severe that it can cause dissociative amnesia.

Some forms of amnesia can occur when someone is isolated or has a damaged brain, such as Korsakoffs syndrome. Such amnesia may be a psychological escape or denial of memories that can trigger anxiety. Memory loss can be temporary or permanent, and amnesia is often referred to as the temporary variant.

Patients with anterograde amnesia are unable to form new episodic memories due to brain injuries. Retrograde amnesia is the result of loss of semantic memory due to damage of the medial temporal lobe. Patients with amnesia with severe impairment of anterograde memory (the ability to remember and recognize events and facts that occurred before the onset of the disease).

People with retrograde amnesia may have total or partial memory loss, depending on the extent of the damage. Memory loss may be permanent when amnesia is caused by physical damage to the brain in other cases. In addition, patients with amnesia often have a loss of declarative memory. Still, the loss of this information can vary in severity (declarative loss of information), and how it is affected depends on many factors.

Amnesia is a memory disorder in which a person can form new memories but cannot remember old ones. This is the loss of the ability to remember episodic memories of past events that may occur after head trauma. Memory deficits can be caused by brain damage or disease (1), but various sedatives and hypnotic medications can also cause them.

Amnesia, also known as amnesia syndrome, is a condition in which patients suffer memory loss. Amnesia caused by brain injury or damage is known as neurological amnesia. It occurs in many common neurological disorders, such as Alzheimer’s and other forms of dementia, stroke, traumatic brain injury, and other systemic diseases that affect the brain.

Dissociative amnesia is a psychological result of a temporary loss of memory and personal identity. The cause is usually a disease or injury that affects the brain and impairs memory. Memory requires many parts of the brain, and when these parts are damaged by injury or disease, memory may be impaired.

Amnesia results from damage to brain structures that form the limbic system that controls feelings and memories. Damage to these brain structures, such as the hippocampus and thalamus, can lead to amnesia in the limbal system. When parts of the brain that control memory are outside the brain, including the deadly cortex, amygdala, and hippocampus, amnesia is called neurological amnesia because of damage to these areas.

Anterograde amnesia is a memory disorder in which a person can not make new memories of events before the trauma. It can affect a person’s quality of life, and daily functional memory can be poor. Anterograde amnesia can affect the quality of life of sufferers, and functional memory is often poor. Dissociative amnesia or psychogenic amnesia (temporary amnesia) is characterized by episodic memory loss that can last for hours, days, or even years.

Brain trauma, a type of brain surgery, can damage vital memory structures. Depending on the cause of the damage, amnesia can lead to partial or complete memory loss. 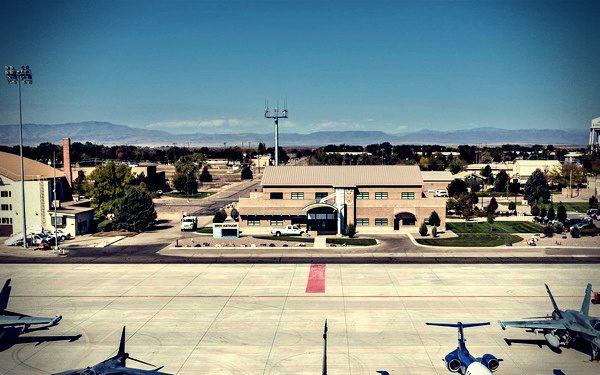 Long-term memory affects many areas of the brain, and damage to many different parts can cause amnesia. For example, if alcoholics damage the brain, amnesia can be permanent in 80% of cases.

Alcoholic amnesia can also include severe anterograde amnesia, the ability to form new memories. Epileptic Amnesia is a rare type of memory loss but can occur in people with temporal lobe epilepsy. Another sign of a deep memory disorder is amnesia.