U.S. soldiers relate hearing order to ‘kill all of them’ 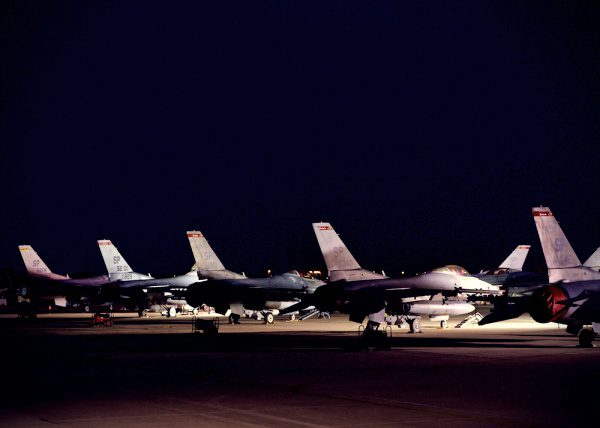 TIKRIT, Iraq — Two American soldiers Thursday described in gruesome detail how their comrades allegedly killed three blindfolded Iraqi detainees, one of whom was covered in brain matter and another who spit blood during his dying moments.

The soldiers testified during a military hearing to decide if the four soldiers should face a military court-martial on murder charges for allegedly killing the Iraqis after detaining them in a house on May 9 near Samarra, 60 miles north of Baghdad.

Cpl. Brandon Helton testified that he was the last man off the helicopter that brought a group of soldiers to a marshy island outside Samarra in search of suspected Al Qaeda operatives.

By the time he reached the house, the Iraqis had been detained, he said.

He said he saw detainees fleeing before they were shot. When he approached, some of the detainees had their blindfolds down and were “running at full sprint.” At that point, the soldiers fired.

“The first one fell flat down and the second one, whenever he got shot, it was kind of like what you’d see in a movie where he spun around and landed on his back,” Helton said. “I seen one spitting up blood.”

The four accused soldiers — Pfc. Corey R. Clagett, Spc. William B. Hunsaker, Staff Sgt. Raymond L. Girouard and Spc. Juston R. Graber — initially said the detainees were killed because they tried to escape, but military prosecutors have said they were freed before being shot.

The shootings have dealt another blow to the reputation of U.S. soldiers in Iraq and fueled anger against the coalition presence. U.S. troops have been accused of a string of civilian deaths in Iraq, including the alleged massacre of dozens in Haditha. Another hearing is scheduled this weekend for soldiers allegedly involved in the rape and killing of a 14-year-old girl.

Earlier in the hearing, another witness, Spc. Micah Bivens, recalled hearing the shots fired during the mission but said he did not see the soldiers fire.

Bivens said as he approached, he knew immediately that two were no longer living based on their wounds. Referring to one victim, he said: “There is no way that he could have been alive considering there was brain on the ground.”

Bivens said he never heard a discussion among the accused of a plan to kill the detainees. He also said he doesn’t recall brigade commander Col. Michael Steele ordering the soldiers to “kill all military-aged males,” as others in the unit have alleged.

At least one of the accused has said orders from Steele were to “kill all military-aged males” on the day of the mission. Several witnesses offered variations to the order in testimony, including restricting fatal shots to only those who failed to surrender.

Steele, who led Army Rangers during the 1993 battle for Mogadishu in Somalia, has denied the allegations. He declined to speak to reporters about the charges.

Girouard, Hunsaker, Clagett and Graber could face the death penalty if the case is passed on for a court-martial. They are accused of concocting a story to justify the shootings and covering it up from military prosecutors.

The first three are also accused of obstruction of justice for allegedly threatening to kill Pfc. Bradley Mason, the prosecution’s leading witness who testified Wednesday.