Being accused of a crime in the military is an intimidating experience. Facing a military court-martial can be traumatizing to the accused and the accused’s family. Though the average person understands how the civilian criminal justice system operates, most people do not understand the military’s unique approach to ensuring justice is served. Hiring the best court-martial lawyers possible often means the difference between a conviction and an acquittal.

Criminal trials in the military are referred to as Court-Martials. The process of the Court-Martial is different in several important regards than a civilian trial. This is why the court-martial defense attorney representing a member of the military at a Court-Martial should have military experience. Ideally, the attorney will have litigated hundreds of Court-Martials either as a defense counsel, a prosecutor or possibly even in the form of a military judge. 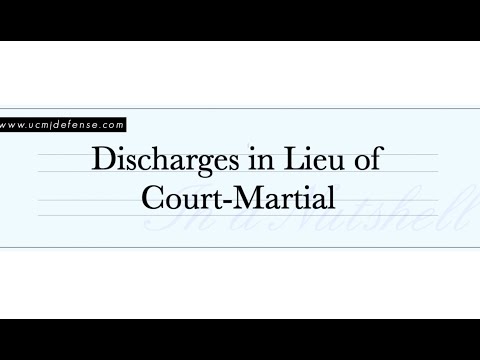 The quality of a military defense attorney often matters as much as the facts of the case. The most flexible military attorneys can handle cases ranging from desertion to murder, BAH fraud, internet crimes, child pornography crimes, and military sex offenses. Keep in mind that this legal representation combined with the case’s facts ultimately determines whether the defendant will retain his freedom, income, and reputation. Those notified of a pending Court-Martial should immediately find an attorney who can provide top-notch legal representation shaped by years of experience litigating similar cases.

The military grants a bit of leeway to the commanding officer, empowering him or her to discipline military members under his/her command. An administrative hearing or a different type of non-judicial punishment might be acceptable based on the circumstances of the case and its unique facts.

As noted above, military members are provided with the right to a military attorney and a civilian defense attorney. The defendant has the right to raise motions about the points of law being disputed. Court members in the form of a jury or military judge alone will decide the case. The military defendant also has the right to invoke the Military Rules of Evidence about whether evidence will be admitted to court.’

The Government bears the burden of establishing the alleged offense was performed by the defendant, proving so beyond a reasonable doubt. Military defendants also have the right to remain silent and testify.

Furthermore, there is the right to request the production of both relevant evidence and witnesses. The discovery process used in civilian cases to identify evidence and information used in legal arguments is also applicable to military Court-Martials.

The Court-Martial process starts with the end of the investigation performed by law enforcement.
The investigative report is given to the military service member’s chain of command. The local JAG office consults with the commander to decide the ideal disposition level. If it is decided court-martial is the right avenue, the military member is subsequently referred to as an accused party. It is at this point that the court-martial process starts.

The Court-Martial trial begins with a judicial session away from the members of the court. The military judge commences the trial by asking the accused party about his/her choices about the rights detailed above. This is the accused’s opportunity to state if he/she would like to be represented and if members of the court will try them or a military judge will rule on the case.

At this point, the attorneys for both sides have the opportunity to request that the judge rule on distinct points of law. Motions at this point have the potential to include evidence suppression as a result of illegal search/seizure, suppression of the accused’s statements as a result of a rights violation, and excluding evidence per the Military Rules of Evidence. The military judge rules on these motions.

The accused party then enters his/her plea. If the plea is guilty, the military judge will question that individual to determine if the plea is voluntary and knowing. If the plea is accepted, the sentence is handed down. However, if the accused party pleads not guilty, the findings component of the trial comes next. Each side makes an opening statement, the Government states its case, and evidence is presented. The defense presents its case or chooses to remain silent.

Closing arguments are made, and the members determine if the accused party is guilty or not guilty. Court-Martials are different from civilian trials in that merely three-quarters of members’ support for a conviction is necessary to determine the defendant is guilty.