Cities in the District of Columbia where our military defense attorneys represent service members at court martial and in administrative separations:

District of Columbia Army Installations where our lawyers practice:

Fort Lesley J. McNair, located near the Potomac and Anacostia Rivers, Washinton D.C., is the 3rd oldest army post of the US Army, the oldest being West Point and the 2nd oldest being Carlisle Barracks. Built-in 1791 and in service for more than 200 years, the post has been witness to more than a century of changes in US Military History.

At 100 acres large, the base is home to a multitude of units and institutions including the Military District of Washington, the National Defense University, and the 3rd US Infantry Regiment. The base adopted its present name in honor of Lieutenant General Lesley J. McNair. 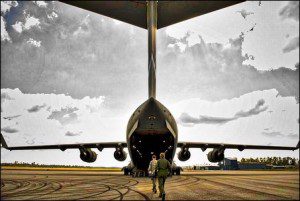 The Pentagon is the headquarters of the US Department of Defense and was built during World War II. It is the world’s largest office building by floor area: 6.5 million square feet. About 23,000 military and civilian employees work daily at the Pentagon.

The pentagon shaped plaza in the middle of the structure was known as “ground zero” during the Cold War as it was a likely target of nuclear weapons in the event of a nuclear war. The building was hit by one of the planes hijacked on September 11th. Six zip codes have been assigned to the Pentagon and each is designated as being in Washington, D.C., but the building itself is located in Virginia.

Walter Reed Medical Center is the premier and flagship medical center of the US Army. It was established on May 1, 1901, in Washington D.C. and named in honor of Major Walter Reed, the army physician behind the confirmation that yellow fever is transmitted by mosquitoes and not through direct contact. The medical facility was originally limited to 80 patient capacity, but through the years, the growth of the facility has led it to having a present capacity of 5,500 rooms on at least 28 acres of floor space. It can serve at least 150,000 military members from all services each year. By 2011, William Reed Army Medical Center and Bethesda Naval Hospital will merge to form the Walter Reed National Military Medical Center.

District of Columbia Air Force Bases where our lawyers practice:

Bolling Air Force Base is operated by the Air Force District of Washington and located in Washington, D.C. It was built in July 1, 1918 and is currently home to the 11th Wing, one of the largest and most ceremonial Air Force wings. Bolling AFB was first named the Flying Field of Anacostia which was established on October 2 1917. It is named after Colonel Raynal C. Bolling, the first US officer of higher rank killed in the first world war. Because of the frequent air traffic from the parallel runways of both Bolling and Washington National Airport, Washington became increasingly alarmed. It was then decided that all fixed-wing aircraft from the base be transferred to nearby Andrews Air Force Base in Maryland with the last plane leaving the air base on July 1, 1962.

District of Columbia Coast Guard Bases where our lawyers practice: 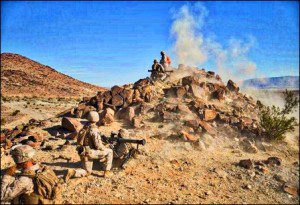 The US Coast Guard Headquarters is located near National Park in Washington DC. The Coast Guard is under the direct control of the Department of Homeland Security. However it can also be transferred to the Department of the Navy should the need arise. The current commandant of the entire force is Admiral Robert J. Papp, Jr. The heads of the nine Districts comprising the Coast Guard’s scope of operations report directly to the headquarters. Other departments under the direction for the Coast Guard headquarters also include the Office of the Judge Advocate General and the office of the Director for Government and Public Affairs. At times, the commandant can also directly supervise the entire operation of the Coast Guard.

The Marine Safety Center is a support unit for the US Coast Guard’s Maritime Safety, Security and Environmental Protection programs. Its office is located in the Coast Guard’s main headquarters in Washington DC. The main purpose of the center is to evaluate to proposals and plans for the construction of both domestic and foreign commercial flag vessel operating with US waters. The center is divided into three divisions, each focusing on a specific area of ship construction. These divisions are the Hull Division, the Engineering Division, and the Tank Vessel and Offshore Division. The Center also evaluates the maximum allowable capacities for ships of different types and publish these regularly. As of current, the MSC is headed by Capt. Patrick Little.

The US National Response center is the Federal government’s national communication center with regards to incidents of chemical, oil, or other hazardous material spills. It gathers reports from all over the country and uses these to coordinate the National Response Team. The NRC have also since been gathering relevant reports about suspected terrorist activities in the country. The center is manned by both Coast Guard personnel and trained marine technicians on a 24 hour basis. The center is tasked with collecting and organizing all the pertinent data from the reports that it has gathered. This are then presented to the White House and concerned government agencies, in case of a significant level of threat. The Response Center also closely monitor several specific areas.

District of Columbia Marine Corps Bases where our lawyers practice:

Marine Barracks, Washington, D.C., located in southeast Washington D.C., was established in 1801 as the first military post of the US Marine Corps. It has been the Commandant of the Marine Corps’ official residence since 1806. The base also serves as the main ceremonial grounds of the Marine Corps. Because of its historic importance to the service, it has been named a National Historic Landmark. The location of the base was personally chosen by President Thomas Jefferson together with Lieutenant Colonel William Ward Burrows on March 31, 1801. The main reason behind the location of the base is the need for a Marine Barracks within easy marching distance to and from the Capitol. Today, the base is garrisoned by Marine Corps units including the Ceremonial Companies A and B, the Marine Corps Silent Drill Platoon, the US Marine Band, the US Marine Drum and Bugle Corps, and the Marine Corps Institute.

District of Columbia Navy Bases where our lawyers practice:

The US Naval Research Laboratory is the foremost research arm of the US Navy and Marine Corps. Its main research complex is located near the Potomac River in Washington DC. The Laboratory is headed by Capt. Paul C. Stewart, with Dr. John A. Montgomery as the Director of Research. The Naval Laboratory was established upon the persuasion of inventor Thomas Edison. It covers a wide area of research fields, with emphasis on the military applications of the technology that it has developed. Many of the technologies that it has come up with have since been made available for use by the public, including the now commonplace global positioning system. Today, the laboratory is still one of the leading research institutes in the world.

The Washington DC Navy Yard is the oldest of the nine shipyards used by the US Navy for the construction and maintenance of their ships. The shipyard was first established in 1799, through purchase of a piece of land in Washington by the US federal government. The yard was initially used for the construction of naval ships used in several wars during the early history of the US. During the 20th century, the yard became a manufacturing site for the weapons used by the US during the world wars. The yard was also the site of several technological developments for both military and civilian purposes. At present, the yard is used mainly as the headquarters of several support units of the navy. It also has several popular tourist destinations, including the USS Barry, which has been made into a museum.