The Maximum Punishment for Indecent Exposure, Article 120c, UCMJ is:

Our law firm of seasoned sex crime lawyers has the training and firepower to zealously defend your charges in the military justice system. They are some of the most experienced in the field of Article 120 UCMJ defense. Our aggressive criminal defense attorneys have decades of sex crime defense experience. If you or a loved one has been accused of a sex crime such as Indecent Exposure, then act now! Our aggressive court-martial attorneys will aggressively defend you.

A sex crime is a criminal offense that takes place when someone (either male or female)of any rank) sexually violates or pushes a forced sexual encounter through psychological and physical force.

We have successfully defended and acquitted Soldiers around the world. Check out our military law case results to learn more.
The aggressive court-martial defense attorneys at Gonzalez & Waddington have earned a reputation for representing service members at US military installations across the globe, such as Kuwait. If you are under investigation for a military crime, hiring the most experienced military attorney can be the difference between going to jail versus winning your case or redeeming your career. Our criminal defense lawyers represent service members in UCMJ and administrative matters, including defending Sailors accused of sexual assault, robbery, and other crimes under the UCMJ.

Unlike most civilian military defense lawyers or your assigned lawyer, pleading guilty is not something we commonly do. When we are hired, we compel the prosecution to prove their case beyond a reasonable doubt. We take almost every charge to trial and fight the charges in front of a military jury.

Our court martial outcomes speak for themselves. The suspected service member and his or her desired outcome is our primary concern. Our military criminal defense attorneys maintain lighter caseloads than the typically assigned US Army military defense attorney so that we can concentrate on each trial separately. Your case will not be outsourced to a random attorney, and we will not coerce you into pleading guilty at the eleventh hour. Our military defense attorneys have contested Army court-martial and administrative separation cases in the US and worldwide.

In that TSgt Gary Hornet, US Air Force, did at or near Andrews Air Force Base, MD, on or about May 5, 2023, intentionally expose his genitalia, in an indecent manner, to wit: on stage in front of a class of fifth grade students during career day at Cross Creek Middle School.

Each element must be proven beyond a reasonable doubt by the prosecution.

Definitions and Other Instructions for Indecent Exposure – Article 120c, UCMJ

“Indecent manner” means conduct that amounts to a form of immorality relating to sexual impurity which is grossly vulgar, obscene, and repugnant to common propriety, and tends to excite sexual desire or deprave morals with respect to sexual relations. 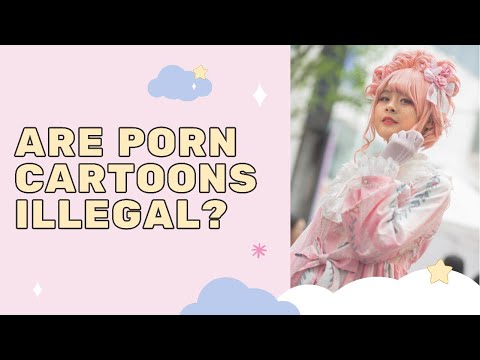 “Intentional” means willful or on purpose. An act done as the result of a mistake or accident is not done “intentionally.”

NOTE 1: On the issue of whether the exposure was indecent, if raised by the evidence, the Military Judge should give the following instruction, specifically tailored to the evidence in the case:

Our firm’s founding lawyers, Michael Waddington and Alexandra Gonzalez-Waddington, graduated from Temple Law School in Philadelphia, PA. In addition, Mr. Waddington is a member of the American Board of Criminal Lawyers. The ABCL is known as one of the most honored legal groups comprised of some high-powered criminal attorneys in the United States. Entry is by invitation only and is limited to extremely regarded criminal defense attorneys with at least ten years of experience defending criminal trials. During this time, they must have defended 50 or more felony cases and won 35 or more jury cases.

Moreover, Michael Waddington was voted a “Super Lawyer” in Georgia and is ranked Superb on AVVO.com. Some of Michael Waddington’s cases were made into movies, such as “Taxi to the Dark Side.” He also regularly instructs criminal attorneys trial techniques.

Our high-powered civilian defense attorneys will use our knowledge to defend your court-martial or ADSEP case.

Soldiers, Sailors, and Marines, and Airmen deserve the best military defense attorneys possible to defend them at their court-martial or administrative separation (ADSEP) proceeding.

Our aggressive military attorneys and their results speak for themselves from less experienced attorneys.

If you or a loved one are facing a court-martial for a military sexual assault or if you are facing an administrative discharge, Article 15, show cause board, letter of reprimand, then contact our civilian defense attorneys today.

Child Indecent Exposure in the Military

Our aggressive military defense attorneys and their results set us apart from less hard-hitting attorneys.

If you or a loved one are suspected of a military sex assault or if you are facing an administrative separation, NJP, show cause board, letter of reprimand, then call our military defense attorneys today.

The accused service member and his or her future is our main concern. Our military criminal defense lawyers maintain smaller caseloads than the usual free defense attorney so that we can concentrate on each client individually. Your trial will not be outsourced to a random lawyer, and we will not coerce you into taking a dive at the last minute. Our court martial attorneys have contested Army court-martial and administrative separation (ADSEP) cases in the United States and worldwide.