Killings at the Canal: The Army Tapes 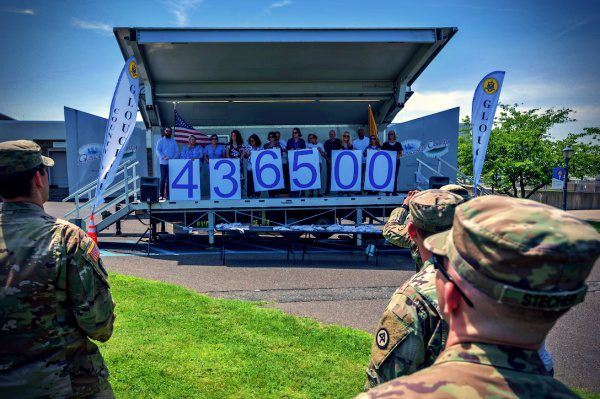 A special four-part investigative report and a one-hour documentary about U.S. soldiers who were convicted of murder on the battlefield. CNN obtained more than 24 hours of interrogation footage. But was it murder or battlefield justice? See what we uncovered and decide for yourself. On Ander son Cooper 360 and CNN Investigative reports.

Partial Transcript from the CNN show:

COOPER: Now the 360 Investigation that a lot of you have been talking about this week, “Killings at the Canal: The Army Tapes.” We ask the question, when does a soldier cross the line from engaging the enemy to committing murder? That’s already triggered an avalanche and gut wrenching and thoughtful remarks from many of you on CNN.com. And we appreciate you taking your time to let us know what you think and on the live chat as well.

Tonight we focus on motive. Why did they do it? What pushed three U.S. sergeants, decorated men, to murder four Iraqi men in their custody?

Now, the answer shines a bright light on the Army’s rules for the treatment of battlefield detainees. So we wanted to talk to the general who overseas this program.

Here’s Abbie Boudreau of our Special Investigations Unit with “Killings at the Canal: The Army Tapes.”

ABBIE BOUDREAU, CNN SPECIAL INVESTIGATIONS UNIT CORRESPONDENT: This is a U.S. Army interrogator, trying to coax out the truth about four murders in Baghdad. Here he’s empathizing with First Sergeant John Hatley. He says he understands why Hatley and two other sergeants murdered four Iraqis whom they had detained.

BOUDREAU: Though he never confessed, First Sergeant John Hatley and two other sergeants would be convicted of premeditated murder. Their unit found four Iraqi men they thought were shooting at them. They detained them. But rather than following military rules for detainees, they took them to this canal and killed them execution style.

The interrogator says he understood the motive. They were tired of detaining people only to have them released and shooting at them again.

BOUDREAU: Cutting suspects loose only so they might be free to shoot at soldiers again. At the time of the murders, soldiers were ordered to handle detainees based on rules from this memo. The memo was drafted as a response to the scandal with detainees at the Abu Ghraib prison.

BRIGADIER GENERAL DAVID QUANTOCK, U.S. ARMY: Before the memo was written, I mean a person could just bring a detainee to war facility, and we would take them in with little or nothing.

BOUDREAU: The memo said soldiers could no longer detain suspected insurgents simply because they were seen as a threat. They needed photos of physical evidence, photos of the detainee at the crime scene and of the detainee next to the evidence.

The memo also called for physical evidence. Soldiers had to bring in illegal rifles or IED-making materials. And they needed a sketch of the crime scene, indicating place of capture and location of weapons, explosives, or munitions.

(on camera): The memo also required soldiers to gather statements written by eyewitnesses of the criminal activity; in other words, the burden of proof to hold detainees was high.

You’ve said yourself, general that, there were many military operations where the focus was not on evidence gathering. So what happened in those cases?

QUANTOCK: Well, in most cases, if we don’t have anything, they’re eventually released.

BOUDREAU (voice-over): More than 87,000 detainees were captured during the war in Iraq. Quantock says the majority of them, nearly 77,000, were released for lack of evidence.

BOUDREAU (on camera): General, though, if it’s so easy to collect this basic type of evidence, then why were so many detainees let out because of lack of evidence?

I think a lot of times we thought the insurgency would dissipate. We were working closely with the government of Iraq we were trying to improve the Iraqi security forces. But at the end of the day, it didn’t work out very well. We had to get better at taking evidence off the crime scene.

BOUDREAU (voice-over): As for the frustrations it caused some soldiers — this is Sergeant Michael Leahy. Of the three sergeants convicted of murdering the four Iraqi detainees only he confessed on tape.

UNIDENTIFIED MALE: When you shot the guy in front of you, where did you shoot him?

FRANK SPINNER, MICHAEL LEAHY’S ATTORNEY: As it was, they had to take off their soldier helmet, put on their cop hat, take to a civilian sort of police station and show evidence environments that these were people that were shooting at them. And if there wasn’t enough evidence, then they were going to be released on the street.

BOUDREAU: A point even (INAUDIBLE) concedes when pressed.

(on camera): You’ve talked quite a bit about this training that soldiers have received. We’ve talked to many, many soldiers who say that the only kind of training that they would get would be, you know, a 50-minute power point presentation back in the States before they would go out on a battlefield.

QUANTOCK: Yes, that’s exactly right. I mean we don’t give them extensive training. We’re not trying to teach policemen. But we are trying to teach them enough whether it’s eyewitness statements, whether it’s taking photographs, all of those can be used in a trial. However, we got to catch somebody doing something wrong. We’ve got to find evidence.

LEAHY: It seems like even if you do your job and take these guys up to the detainee center they just come right back; the same (EXPLETIVE DELETED) guys shooting at you.

BOUDREAU (on camera): With all due respect, General, what is the point of having soldiers in Iraq fighting this type of war if they can’t take alleged insurgents off the street?

QUANTOCK: We look at Iraq — we look at Iraq as a long-term strategic partner of the United States. The sacrifice is well worth it. What we’re trying to do is build capacity and capability for not only the Iraqi forces, the police, the Iraqi army, but also stand up the rule of law.

COOPER: Abbie, the rules have become stricter since the beginning of the year. What are the rules now?

The rules are much tougher. A security agreement with the government of Iraq now requires an arrest warrant signed by an Iraqi judge in order to lock somebody up. So that means that U.S. SOLDIERS are detaining fewer and fewer people. And keep in mind, Anderson, this is all part of the transition of power back to the Iraqi government.

COOPER: And it’s incredibly frustrating for soldiers to catch possible insurgents and then watch them just walk out of these detention facilities.

BOUDREAU: Yes and soldiers say it is the most frustrating part of this war. We even found out about a case involving this unit where an alleged insurgent was released. The same soldiers who captured this man were then forced to pick him up from the detainee facility, drop him off at his home, give him a letter of apology and cash for wasting his time. And we’re told this is happening over and over.

COOPER: Wow. And you asked the right question to the general which is that if it’s so easy to get these, you know, basic crime gathering techniques, then why were 77,000 of the detainees out of the 87,000 then just re-released if it is so easy. Clearly, it’s not so easy in the battlefield to gather this evidence.

A rule of law in detainees, but is it right? We’re going to talk about it with Abbie and our guests including the former commander of the “USS Cole”.

Plus, Sarah Palin adding a stop to her book tour that is getting a lot of attention; we’ll tell where you she is headed and why she is donating money from her book sales. Tonight, on 360.