Below are real court-martial case results that our military defense lawyers have defended.

Note: These are real case results from cases that our court martial lawyers have personally handled. However, all cases are different. A success in one case does not guarantee success in another similar case. We do not guarantee a certain outcome, to do so violates the Rules of Professional Responsibility.  In addition, the results of the case often depend on the facts, whether the client follows our advice and the stage of the proceeding at which our services are retained. Please call us with any questions or for clarification.

Here are a Few of Our Court Martial Case Results

THESE RECENT CASES SHOW THAT IN THE MILITARY, THE DEFENDANT IS GUILTY UNLESS & UNTIL HE CAN PROVE HIS INNOCENCE, ESPECIALLY IN A SEX ASSAULT CASE.

The accused needs the highest powered defense possible, even if he is innocent. Otherwise, his rights will be trampled and he may end up in jail.

To the Government, innocence does not matter. It is not relevant. What matters is winning convictions and statistics. The military must prove to Congress and lobbyists that they take sexual assault seriously.

To prove this, they need AS MANY MEN CONVICTED OF SEX CRIMES AS POSSIBLE. Congress and the Military need sex crime convictions in order to justify the more than $100 million a year they now spend prosecuting sex crimes in the military.

DON’T BECOME A STATISTIC WITHOUT A FIGHT!

Client was accused of rape and aggravated sexual assault. The prosecution double charged him although sex occurred once.

This allegation was made months after the sex, while the “victim” was facing discharge from the military. (NOTE: In the modern military, if you are a female, one easy way to avoid a negative discharge for misconduct is to make up a false sex assault allegation. You are guaranteed an Honorable and you may get VA and victim compensation payments).

The accused allegedly entered a female Airman’s dorm room without permission and committed the offenses while she was incoherent from a high powered psychiatric medicine. The victim claimed that she did not invite the client into her room (in reality, she opened the door) and that she did not have a dating relationship with him (although they dated for weeks prior to the sex). We proved that her underlying story was not true. Our client maintained his innocence from the beginning.

The alleged victim claimed the crime happened while she was on a high powered prescription medication that rendered her catatonic. OSI took her word for it. After all, most OSI, CID, and NCIS agents believe that the accused is ALWAYS GUILTY and a woman would never lie. Special Agents often do not look at the facts. Rather, they look for evidence to help win a conviction. They overlook or cover-up evidence that proves innocence. 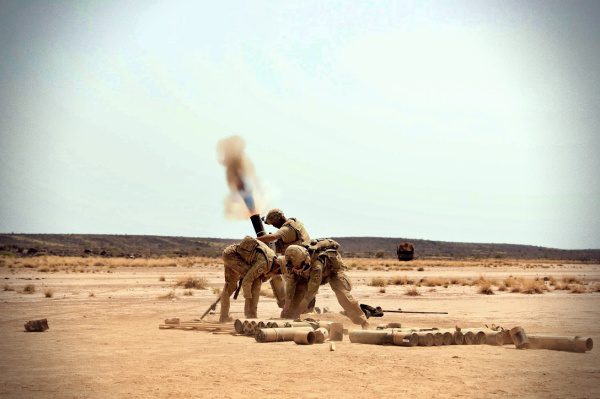 Mr. Waddington went to Davis-Monthan and demanded to see the full medical records. OSI resisted. OSI never provided the full medical records to the SJA office or the defense. OSI cherry picked pages from the medical file but did not include the records that showed that the “victim” was not prescribed the medicine until a month after the sex. Bottom line: She never took the medicine until after she and the accused broke up.

OSI did not hand over this crucial evidence because they determined that it was “not relevant.” TO OSI, EVIDENCE THAT PROVES INNOCENCE IS NOT RELEVANT, therefore they often don’t hand it over.

At the Article 32, the investigating officer ordered OSI to hand over all medical records in their possession. Mr. Waddington, his co-counsel, Captain Jeffrey Davis, and the prosecutor, went to OSI to get their ENTIRE case file. It turns out that OSI never handed over crucial medical records and other evidence. This evidence supported the accused. The “victim” was not on the drug when the sex occurred.

Did the case stop here? NO WAY. OSI hand another plan. They tried to claim that the accused confessed.

Before the Article 32, OSI used a pre textual phone call and text messages to try and entrap our client into confessing that he committed rape. Our client was innocent and he denied the allegations. However, OSI violated their own procedures and chose not to record the phone call. Instead, they “took notes” on what was supposedly said during the 30 minute discussion. They took a 30 minute phone call and “summarized it” in a few sentences.

OSI completely twisted the conversation and the context of the conversation. For example, the accused said words such as, “I am sorry that you feel that way, but I did not assault you. I am sorry, but that did not happen. I am not that kind of guy. I did not rape you.”

The defense presented evidence (receipts, bank records, text message, phone bills, and other information) that proved that the accused ended his relationship with the alleged victim a month before she ever took the drugs and that they never had physical contact since the break up. In other words, she was lying about having sex with the accused while knocked out by the drug.

DID IT END HERE? NO WAY!
The Article 32 officer acknowledged that the “victim’s” story had problems, she had terrible memory, and she was apparently not on the drug at the time of the sex. THE ARTICLE 32 OFFICER THEN RECOMMENDED A GENERAL COURT MARTIAL FOR AGGRAVATED SEXUAL ASSAULT

Mr. Waddington and Captain Davis brought on a high powered expert witness and Forensic Psychologist, Dr. Gabriel Holguin, to assist the defense at trial. The defense prepared for a contested jury trial and Dr. Holguin finally got a copy of ALL of the medical records. We cannot disclose the contents of the records. The records were not helpful for the prosecution. OSI should have been aware of the records, but they never bothered to look at them. The defense was ready to fight the charges at trial.

RESULT: Mr. Waddington traveled to Tucson for the trial.
ALL CHARGES DISMISSED ON THE EVE OF TRIAL

Soldier charged with numerous specifications of aggravated sexual assault, rape, forcible sodomy, and others. Faced over 80 years in prison. Signed two detailed confessions. We conducted a thorough investigation up front and negotiated an alternate resolution with prosecution.
Result: ALL COURT MARTIAL CHARGES DISMISSED 5 DAYS BEFORE ARTICLE 32 under Chapter 10.

Army Scout accused of murdering an Iraqi detainee/insurgent. Client allegedly shot a wounded detainee twice in the head at a distance of 4 feet. Charged with 1st degree premeditated murder (mandatory minimum – life in prison). Client admitted to shooting at detainee. Fought charge at Article 32 & had charge reduced to 3rd degree murder (up to life in prison). Client rejected all plea deals & requested trial by an enlisted jury.
Result: ACQUITTED OF MURDER, convicted of aggravated assault by offer (discharging the weapon near the detainee but missing him)
Sentence: RETAINED ON ACTIVE DUTY, 120 days in jail, reduced 2 grades, reprimand, NO FORFEITURES – Soldier will be paid while in jail. Will return to the unit and continue his career.
Released early from jail pending clemency
SENTENCE, CONVICTION REDUCED