When You Need a Court Martial Lawyer in Oregon

Our military criminal defense lawyers have successfully defended service members around the world.

The aggressive military defense lawyers at Gonzalez & Waddington have gained a reputation for defending military service members at Army, Navy, Marine Corps, Navy, and Coast Guard installations worldwide. If you are stationed in Oregon and are suspected of a military crime, then having the most experienced court martial defense attorney can be the difference between spending decades in prison versus winning your case or saving your career. Our defense lawyers represent Oregon military personnel in both criminal and administrative matters to include defending service members suspect of sex assault, drug use, and other crimes under the UCMJ.

This film is an excellent example of why you should select the best court martial attorneys possible.

Unlike most civilian defense attorneys or your free military counsel, pleading guilty is not something we commonly recommend. Our firm compel the military to prove their case beyond a reasonable doubt. We take almost every criminal case to trial and fight the allegations in front of a jury.

Our military court-martial results are clear. The accused service member and his or her future is our primary concern. Our court martial lawyers keep smaller caseloads than the typically assigned military lawyer so that we can focus on each trial on an individual basis. Your case will not be outsourced to a third party and we will not intimidate you into taking a dive at the eleventh hour. Our military attorneys have fought military court martial and administrative separation cases in the U.S. and around the world.

Our high-powered military attorneys will use our experience to fight your court martial or administrative separation case in Oregon.

Call today to consult with an aggressive court-martial attorney.

Military service members working in Oregon deserve the best court martial lawyers available to represent them at their trial or administrative separation board.

If you or a loved one are stationed in Oregon and are suspected of a military offense such as sexual assault or if you are facing an administrative discharge, NJP, elimination board, letter of reprimand, then contact our military defense lawyers today.

The Umatilla Chemical Depot is a military facility located in the northeastern region of the state of Oregon, on the borders of Umatilla and Morrow counties. It was originally established in 1941 as a facility for the storage of munitions in preparation of the entry of the U.S. in the fighting of World War II. These munitions were stored in igloos across the facility. Afterward, the Umatilla Chemical Depot had its functions extended to include ammunition demolition (in 1945), renovation (in 1947) and maintenance (in 1955).

Chemical munitions were stored at the depot as of 1962 by the U.S. Army and these are stored at a separate facility within the borders of the depot. Stockpiles at the Umatilla Chemical Depot consist of projectiles, land mines, rockets, bombs containing the nerve agents VX and GB, as well as ton containers of the blister agent HD, more commonly known as mustard agent. To date, up to 12% of the stockpiled chemical munitions of the U.S. are housed at the Umatilla Chemical Depot. 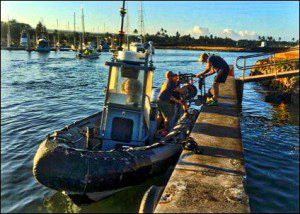 Oregon is a state situated in the Northwest of the United States of America. It is the ninth largest state of the USA that covers 98,381 sq miles of area. It shares much of its boundaries with the rivers that flow around the state with the Columbia River in the northern boundary, and the Snake River covering most of its eastern boundary.

It is of the three states of the USA that shares the coastline with the Pacific Ocean that influences the state with mild winter climate throughout the year. The mountain ranges of Oregon consists of one of the three most prominent mountain peaks of the USA named as the Mount Hood peak, which poses a continuous threat of volcanic eruptions and earthquakes due to the Juan de Fuca Plate.

The population of Oregon is dense, ranging from the Willamette Valley that stretches from the south of the state through Corvallis and Salem till in Portland.

The climate of the place is generally mild and the west of the Cascade mountain range has an Oceanic climate. Usually the geographical relief features vary from the dense forest across the west to the high desert spreading through the east. The state is a home to unique and diverse collection of flora and fauna as almost 46% of the entire state is covered with forests. Many unseen and rare species of both plants and animals can be found in these forests. 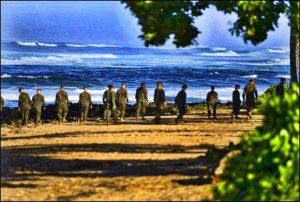 The history of Oregon consists of five varied eras based on the in-habitation of the people; the geologic history, in-habitation by the native people of Oregon, settlement by the pioneers and finally the modern development. This is a region that was explored by the Britons (Canadians) and the Americans and became one among the 48 states of USA in the year 1859. Salem is the capital of the state, located in the center of Willamette Valley along the Willamette River, which runs in the northern part of the city. The city was found in the year 1842 and became the capital in the year 1851.

It is the third largest city of the state after Portland and Eugene. It is the home for the famous universities like the Willamette University, the Chemeketa community college and the Corban University. It also has the tourist places like the Mission Mill museum, the Elsinore theatre, Riverfront Park, etc. as the main attractions. Another famous city is the Oregon State University (OSU) which is a coeducational research University with more than 200 UG and doctoral programs. It is one of the 73 lands-grant University of US and is one of the only two US institutions, which have obtained all four designations as it is also space-grant, sea-grant and sun-grant institution. 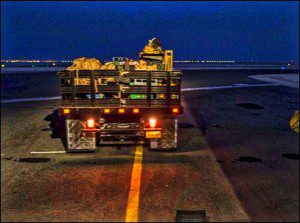 The military department is located in Salem with all its other wings like the air bases, camps, armories and other facilities in and around the state. Fort Stevens in Oregon was earlier an American military establishment which created a well-knit fortification near the mouth of the Columbia River. The Oregon Air National Guard also plays an immense role in the defense of the country, located at Salem. The Portland Air National Guard Base is also located in Oregon.