Regulation of production of witness and evidence under the UCMJ

If the trial counsel contends that the defense requests for production are not required by the rules, then the defense may file a motion for production. RCM 703(c)(2)(D); RCM 906(b)(7). Whether a witness shall be produced to testify during the presentencing proceeding is a matter within the discretion of the military judge, subject to the production rules. RCM 1001(e)(1). If the military judge grants a motion for production, the trial counsel shall produce the witness or evidence or the proceedings shall be abated. RCM 703(c)(2)(D), 703(f)(3).

A party is not entitled to the presence of a witness who is unavailable under MRE 804(a) or evidence that is destroyed, lost, or otherwise not subject to compulsory process. RCM 703(b)(3) and (f)(2).

However, if the testimony or the evidence is of such central importance to an issue that is essential to a fair trial, and there is no adequate substitute, the military judge shall: A party cannot seek a remedy under this rule if they are the reason that the evidence is unavailable. RCM 703(f)(2). Otherwise, there is no “bad faith” requirement, unlike the constitutional jurisprudence regarding preservation and destruction of evidence (discussed below). The defense can seek a remedy under this rule even if the government was not at fault when destroying the evidence, or was simply negligent in losing the evidence. 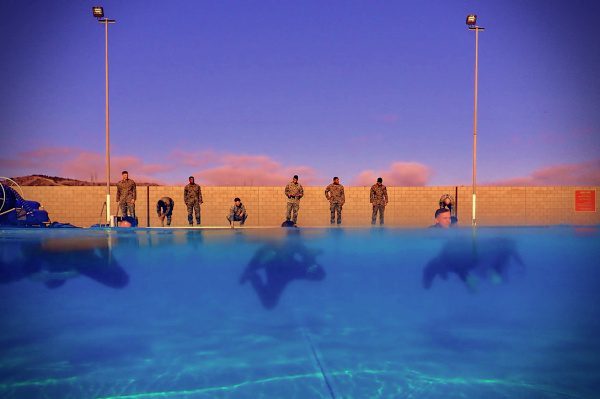 Cases on the production of witness and evidence under the UCMJ

United States v. Terry , 66 M.J. 514 (A.F. Ct. Crim. App. 2008). After the first trial, the government lost or destroyed almost all of the physical evidence in a rape case. The second trial judge dismissed the related charges. The appellate court found that there were adequate substitutes and the evidence did not go to an issue of central importance.

United States v. Barreto , 57 M.J. 127 (C.A.A.F. 2002). Appellant caused a car accident, killing a passenger and injuring himself. The government was unable to locate two unknown witnesses to the fatal traffic accident whom the defense requested, despite efforts that included running ads in German and U.S. newspapers. The defense moved to compel their production, or, in the alternative, abate the proceedings until the witnesses could be produced. The court found that these witnesses were unavailable and that other eyewitnesses with unobstructed views of the accident who testified at trial were an adequate substitute for the potential testimony of the unknown witnesses.

United States v. Eiland , 39 M.J. 566 (N.M.C.M.R. 1993). Military judge abated the proceedings when the government failed to produce two critical witnesses requested by the defense in a rape case. One witness was the doctor who examined the alleged victim and the other witness was another employee of the hospital who observed her demeanor. Defense refused to stipulate. No abuse of discretion in abating trial when testimony is “of such central importance to an issue that it is essential to a fair trial.” Id. at 568.

United States v. Ellis , 57 M.J. 375 (C.A.A.F. 2002). Appellant convicted of involuntary manslaughter and assault upon a child. After an autopsy was performed on the victim, the brain and its meninges were stored pursuant to laboratory regulations. Several months later, the specimen container was accidentally discarded when the laboratory was moved to a new location. The defense expert was never able to examine the specimens. At trial, the military judge never gave an adverse inference instruction relating to the lost specimen, and did not stop the trial counsel from commenting on the defense’s inability to examine it. The court did not reach the RCM 703(f)(2) analysis, finding any error was harmless.