Appointment and Production of Expert Assistance in a Court-Martial

Expert Assistance in a Military Trial

If defense lists the expert as a witness

However, once the defense lists the expert as a witness, the government is free to contact and interview the witness. United States v. Langston, 32 M.J. 894 (A.F.C.M.R 1991). 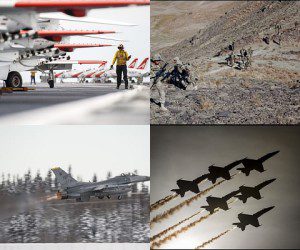 Ake v. Oklahoma , 470 U.S. 68 (1985). In a capital case, the accused asked for a court-appointed psychiatrist to assist with the defense. The trial court denied the request. The Supreme Court held when an indigent accused makes a showing that expert assistance is needed on a substantial issue in the case both during case-in-chief and at sentencing, Due Process requires that the government provide that assistance. United States v. Garries, 22 M.J. 288 (C.M.A. 1986). The court held that as a matter of military due process, service members are entitled to investigative or other expert assistance when necessary for an adequate defense, without regard to indigence.

Unlike the production of expert witnesses, the appointment of expert assistants does not have a source in the R.C.M.s. Requests. The defense is entitled to expert assistance if the services are necessary. Garries, 22 M.J. 288; United States v. Robinson , 39 M.J. 88 (C.M.A. 1994). The standard on appeal is abuse of discretion, tested for prejudice with something like a materiality standard: the findings were substantially swayed by the error or would have changed the evidentiary posture of the case. United States v. McAllister , 55 M.J. 270, 276 (2001)

In order to determine necessity, courts apply a two pronged test: “[T]he accused has the burden of establishing that a reasonable probability exists that an expert would be of assistance to the defense and that denial of expert assistance would result in a fundamentally unfair trial.” United States v. Freeman, 65 M.J. 451, 458 (C.A.A.F. 2006). The defense must show more than just a mere possibility that the expert would be of assistance. United States v. Lloyd , 69 M.J. 95 (2010) (the defense’s desire to “explore all possibilities” did not reach the “reasonable probability” threshold). Toward that first prong, courts use the three-pronged test adopted in United States v. Gonzalez , 39 M.J. 459, 461 (C.M.A. 1991).

Why is the expert assistance needed?

The rapid growth in forensic science techniques at trial may make cases more complex than general practitioners can handle on their own. United States v. McAllister , 55 M.J. 270, 275 (2001); United States v. Warner , 62 M.J. 114, 118 (C.A.A.F. 2005). In United States v. Lee , 64 M.J. 213 (2006), CAAF commented on Warner and Article 46, saying that the playing field is uneven when the government benefits from scientific evidence and expert testimony and the defense is denied a necessary expert to prepare for and respond to the government’s expert.

Absent a showing that his case was unusual, when the government offered CID laboratory experts in a child sexual assault case, the military judge did not abuse his discretion when denying the request.United States v. Ndanyi , 45 M.J. 315 (C.A.A.F. 1996).

However, the military judge cannot deny a defense request for an expert assistant by telling the defense to use the government’s own expert to prepare for trial. United States v. Lee , 64 M.J. 213 (2006). Where the defense counsel had already tried 15-20 urinalysis cases; had previously worked with an expert assistant on two urinalysis cases; had telephonic access to an expert consultant during trial; knew of the appropriate sources in the field; and did not raise irregularities in the handling of the urine specimen, the military judge did not err in not requiring the physical presence of the expert assistant during trial. United States v. Kelley , 39 M.J. 235, 238 (C.M.A. 1994).

The government cannot secure for itself the top expert in the field and then provide the defense with a generalist: “Article 46 is a clear statement of congressional intent against government exploitation of its opportunity to obtain an expert vastly superior to the defense’s.” United States v. Warner , 62 M.J. 114 (C.A.A.F. 2005). To do so violates the letter and spirit of Article 46. However, giving the defense a generalist but then having the government call a specialist in rebuttal is not per se unfair. United States v. Anderson , 68 M.J. 378 (C.A.A.F. 2010). The disparity must cause some prejudice to the accused.

Defense counsel may have to provide evidence that the favorable evidence they are seeking actually exists. United States v. Bresnahan , 62 M.J. 137 (C.A.A.F. 2005).