When You Need a Court Martial Lawyer in Columbia, SC

The aggressive military criminal defense attorneys at Gonzalez & Waddington have developed a reputation for defending military members at Army, Navy, Marine Corps, Navy, and Coast Guard installations worldwide. If you are stationed in Columbia, SC and are accused of a military crime, then hiring the most aggressive military attorney can be the difference between losing your career and family versus winning your case or redeeming your career. Our court martial defense lawyers defend Columbia, SC military service members in both UCMJ and administrative matters to include defending military personnel suspected of sexual assault, larceny, and other crimes under the UCMJ.

This film is a great example of why you should hire the best defense lawyers possible.

Unlike most civilian criminal defense attorneys or your free military lawyer, pleading guilty is not something we commonly do. Our firm force the military to prove their case. We take nearly every criminal case to trial and fight the allegations in front of a jury.

Our military court martial results speak for themselves. The suspected service member and his or her well being is our principal concern. Our court martial attorneys maintain lighter caseloads than the typically assigned military defense attorney so that we can concentrate on every case on an individual basis. Your trial will not be outsourced to a random lawyer and we will not coerce you into a guilty plea at the last minute. Our defense lawyers have successfully fought military court martial and administrative separation (ADSEP) cases in the United States and globally.

Our high-powered military attorneys will use our skills to defend your court martial or ADSEP case in Columbia, SC.

Call today to speak with a high-powered court martial attorney.

Military service members working in Columbia, SC merit the best military attorneys possible to defend them at their trial or administrative separation proceeding.

If you or a loved one are stationed in Columbia, SC and are suspected of a military crime such as sex assault or if you are facing an administrative discharge, NJP, show cause board, reprimand, then contact our court martial attorneys immediately. 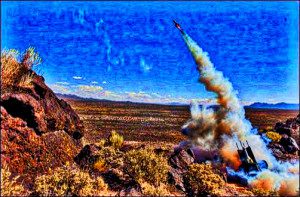 Located in Richland County in the state of South Carolina, the city of Columbia serves the functions of both the county seat and the capital of its state. It is also the center of the metropolitan statistical area of Columbia. According to the US Census from 2013, Columbia has a population of just over 133,000 people. It derives its name from the term that was first used to describe the United States, and originated from Columbus. There are plenty of historic sites within the grounds of the city, all closely connected to the colonial period, as well as many shops, museums and restaurants, which makes Columbia a great tourist destination.

The city of Columbia has its own fall line, which also makes the boundary between the Atlantic Coastal Plain and the Piedmont region. The city lies on the Congaree River, which is close to the Broad and Saluda Rivers. Because of such location, it has been named the Columbia Riverbanks Region. The city itself is situated almost exactly halfway between the Blue Ridge Mountains and the Atlantic Ocean. Its elevation is approximately 290 feet above sea level. It occupies a total of 134.9 square miles, 132.2 square miles of which is land, and only 2.7 square miles of which is covered in water, which is around 2% of the total territory. When it comes to weather, the city of Columbia falls under the category of humid subtropical climates, which are characterized by warm autumns, mild winters, early springs and very hot summers.

It was in the early 16th century that the Europeans first discovered the territory on which now lies the city of Columbia. It wasn’t, however, established until 1786, when the South Carolina General Assembly decided to build a settlement. Even then it played an important role in the American history, especially in the forming of the state. It was in 1790 that the state legislature first assembled on the site of their new state capital, but it wasn’t until 1805 that Columbia received its first town charter. During the 20th century, the city became a textile manufacturing center, which reshaped its local economy and brought more people in. By the 1930’s, it had a total of 803 retail establishments, which was a lot back then. Nowadays the downtown area is being revitalized, which should help the city prosper once more. 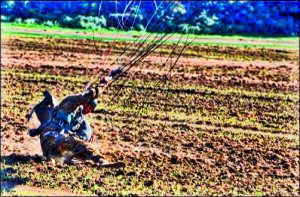 The local economy of the city of Columbia is quite diversified, which has a positive effect on the quality of life of its inhabitants. Some of the biggest employers include the South Carolina state government, the University of South Carolina and the Palmetto Health system. The city of Columbia is also the location of the SCANA, a Fortune 1000 companies that is in the business of producing energy. There is also the Computer Sciences Corporation, a company that provides professional and information technology services, as well as Fort Jackson, a military base which is at the same time one of the most active installations.

Fort Jackson, a US Army military installation, was established in 1917, right before the US got involved in World War I. It is located in the city of Columbia, which in turn is in the state of South Carolina. The base got its name after Andrew Jackson, the 7th President of the US, who was born on the border between the North and the South Carolina. Fort Jackson is home to the Initial Entry Training Center, which is known for being the biggest, as well as the most active of its kind. The base’s primary mission is to provide the army with more personnel.