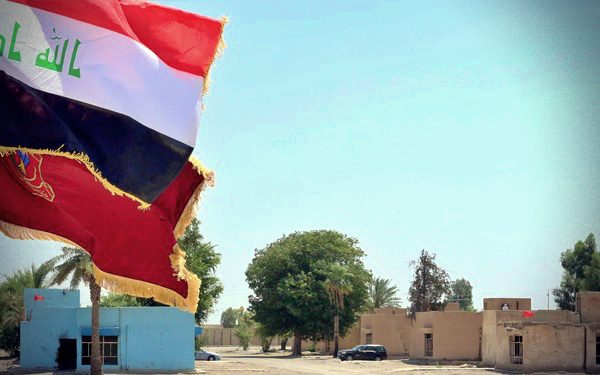 US: Military jury acquits soldier of war crimes in Iraq

A nine-member jury found Shore of Winder, Ga., not guilty of third-degree murder in the June 23 killing but guilty of the lesser offense.

Col. Donna Wright, who presided over the court-martial at Wheeler Army Airfield where Shore is based, pronounced the sentence Wednesday night after hearing another witness who had been flown in from Iraq to testify.

Shore was sentenced to 120 days in prison and a two-grade reduction in rank, said his attorney, Mike Waddington. He will serve his sentence in Hawaii and will be allowed to remain in military service, Waddington said.

Shore could have been sentenced to a maximum of eight years in prison, a dishonorable discharge and a drop to the Army’s lowest pay grade.

“We’re very pleased at the result, considering he was facing mandatory life in prison three months ago for first-degree premeditated murder,” Waddington said.

He said Shore’s sentence was relatively light “because of his demonstrated bravery and excellent characteristics as a soldier.”

Shore had blamed the killing on his platoon leader, Sgt. 1st Class Trey Corrales of San Antonio, who is to go on trial on a premeditated murder charge April 22.

Shore says he shot at but intentionally missed the victim when ordered by Corrales to finish him off outside a house near Kirkuk.

Shore, who declined comment when asked by reporters after the jury’s verdict, hugged friends and family outside the hearing room but had no visible reaction inside.

Shore, 26, is the youngest of five children. He is married and has two children.

At the sentencing hearing, he said his wife would be unable to support their family without him.

Shore wiped tears from his eyes as he spoke about losing members of his platoon, which returned from Iraq with only about half of the more than 20 it deployed with.

“I know it’s real easy if you’ve never been in this situation to Monday quarterback and say what the law says,” he told the court. “You don’t know until you’re there.”

The jury of officers and enlisted personnel deliberated for nearly four hours before delivering the verdict. Jurors concluded that Shore did not shoot the man, his attorney said.

“The first feeling that came over me was that our prayers were answered,” said Derrick Sparks, 29, Shore’s half-brother. “I knew my brother was innocent. I’m glad everyone’s finally going to see the answer is not guilty.”

A prosecutor in the case told the jury in his closing remarks that Shore could have avoided firing his weapon by walking away from the scene, as other members of his platoon did.

Capt. James Leary said duress is not a defense for murder, pointing to witness testimony that the victim was talking and moving before Shore fired his weapon.

Although Shore may not have wanted to hurt the victim, Leary said, the decision to fire two shots at him was itself illegal.

Waddington did not call the defendant to the stand. He argued that the prosecutor had provided no physical or forensic evidence linking Shore to the killing. No guns, bullets or other items were entered into evidence, and the Iraqi has not been identified by U.S. authorities.

“Why would a young soldier stand there?” he asked jurors. “Perhaps terror. He wouldn’t have shot but for fear.”

Shore said he fired after Corrales ordered him to kill the man whose hands had tested positive for touching explosives.

Shore’s third-degree murder case Wednesday was heard by a jury of nine officers and enlisted personnel.

Before his closing arguments, Waddington read testimony submitted by Essa Ahmed, a translator with Shore’s unit during the raid. He used Ahmed’s testimony to argue that Shore acted under pressure and had reason to fear Corrales would attack him if he did not follow orders.

Ahmed said the victim was alive and talking after Shore fired two rounds. Ahmed also said he was afraid Corrales would shoot him.

“Help me, by Christ’s sake,” Ahmed quoted the victim as saying. He said the man also declared before dying, “I am a Christian, too.”

After the verdict, Waddington said Ahmed’s testimony was vital to the case.

His statement “showed the guy was alive after Shore discharged his weapon twice,” the attorney said.

The hearing officer set the sentencing late to allow Ahmed to arrive from Iraq.