AR 27-10 establishes policy, designates responsibility, and provides guidance for the assistance and treatment of those persons who are victims of crime and those persons who may be witnesses in criminal justice proceedings. This regulation contains provisions which impact access to witnesses. AR 27-10, ch. 18.

“Within the guidelines of R.C.M. 701(e), and at the request of the victim or other witness, a VWL [Victim Witness Liaison] or designee may act as an intermediary between a witness and representatives of the government and the defense for the purpose of arranging interviews in preparation for trial. The VWL’s role . . . is to ensure that witnesses are treated with courtesy and respect and that interference with their lives and privacy is kept to a minimum. This paragraph is not intended to prevent the defense or the government from contacting potential witnesses not previously identified or who have not requested a VWL to act as an intermediary.” AR 27-10, para. 18-19(d).

The regulation requires that the VWL, trial counsel or other government representative inform victims and witnesses of the services available to them which includes the intermediation described in para. 18-19(d). AR 27-10, para. 18-9.

Generally speaking, the government cannot require that a government representative be present during defense interviews of government witnesses, although in certain circumstances a third party observer (like a victim/witness liaison) may be permissible. United States v. Irwin , 30 M.J. 87 (C.M.A. 1990). If a third party observer is required, that requirement would need to apply to both defense and government interviews. Id . at 93. See also United States v. Killebrew , 9 M.J. 154 (C.M.A. 1980).

Many of the requirements in the Army’s Victim Witness Program mirror the ethical guidelines promulgated by the ABA. See ABA Standards for Criminal Justice: Prosecutorial Investigations 1.4(c) (“The prosecutor should know the law of the jurisdiction regarding the rights of victim and witnesses and should respect those rights.”). 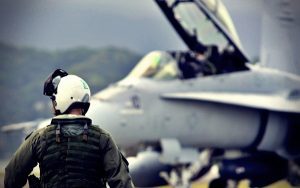 The trial counsel of VWL will immediately notify the SJA whenever a victim or witness expresses genuine concern for his or her safety. AR 27-10, para. 18-19(b); See also ABA Standards for Criminal Justice: Prosecution Function 3-3.2(d).

If defense counsel finds a government witness uncooperative, particularly the victim, it may be ineffective assistance of counsel to passively wait until they take the stand to first question them. United States v. Thorton , NMCCA 200800729 (2009). Thorton’s defense counsel requested the victim and her mother testify at the Article 32 hearing, but both refused. While their statements to NCIS were included with the Article 32 record, both refused to speak to the DC prior to trial. The DC never requested a deposition of either witness under R.C.M. 702(c)(3)(A), which articulates several “exceptional circumstances” under which a council can depose a witness, including “unavailability of an essential witness at an Article 32 hearing.”

Further, the trial defense counsel failed to formally request an opportunity to interview either witness prior to or following the direct examination by the Government. Additionally, DC failed to file a 412 motion that would have provided the DC an opportunity to explore the nature of the relationships, including on MySpace, since the witnesses refused to talk to him about prior to trial. The appellate court found this ultimately led to the DC failing to present an effective theory of the case to the military judge.

The trial judge may prohibit communication between a lawyer and a witness during recesses of that witness’ testimony at trial. See Perry v. Leeke , 488 U.S. 272 (1989). However, such a prohibition on communication between a defense counsel and his client may not last over an overnight recess. See Geders v. United States , 425 U.S. 80 (1976).