A staff sergeant who faced prosecution by the military after civilian authorities dropped child sex abuse charges against him was acquitted at court-martial last week. 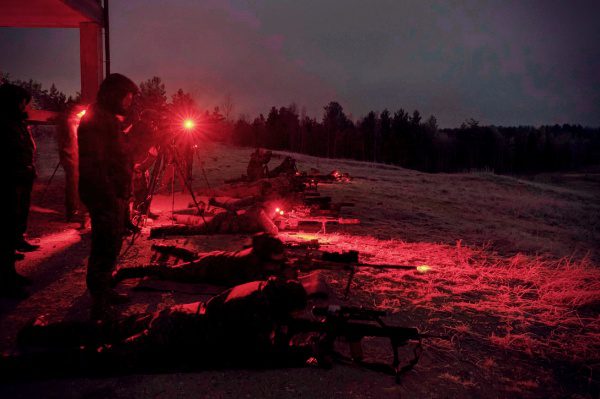 Delaware police first charged Staff Sgt. JM in July 2013 with sexually abusing his then-stepson at a Dover Air Force Base residence between 2007 and 2008. Delaware authorities formally dropped the charges in January “after a thorough review of all of the evidence,” a spokesman for the state Attorney General’s Office said at the time.

Then in May, the Air Force referred charges of sodomy, indecent acts and assault against a child younger than 16, according to a charge sheet in the case. The dates of the allegations ranged from November 2005 to January 2007, when JM was assigned to the 436th Medical Support Squadron at Dover.

The court-martial began Oct. 20 at Patrick Air Force Base, Florida, where JM is now stationed. The jury deliberated for just over an hour on Oct. 22 before finding the staff sergeant not guilty on all counts, said JM’s civilian attorney Michael Waddington.

Both JM and his civilian attorney said the charges were false and arose during a contentious divorce and custody battle over the couple’s young daughter.

Waddington said details of the accusations kept changing, including when the abuse was alleged to have occurred. In some instances, Waddington said, contact between JM and the alleged victim was impossible because JM had not yet met the child. In one case, JM was stationed overseas, the attorney said.

“We presented housing and deployment records” at the trial, Waddington said. When the child testified, “he admitted he and his mother had been practicing a long time what he should say [on the stand]. … He said that if he didn’t come up with something, [he] was going to get in a lot of trouble.”

Patrick Air Force base public affairs had not responded Monday to an Oct. 24 request to speak to the prosecutor on the case.

JM said in an interview with Air Force Times on Monday he felt relieved and vindicated when the verdict was read.

“I was finally able to breathe,” he said.

JM said he is grateful to his family, friends and defense attorneys and is looking forward to his next chapter in the Air Force.

“Throughout all of this, I was able to stay focused and study for promotion,” said JM, who is scheduled to pin on the rank of technical sergeant this week.