A sexual assault is a highly traumatic experience. It can be useful to think of it as an assault that has a sexual element. Military panels are familiar with the results of trauma. Use that knowledge to your advantage in fighting the assumptions the panel may bring to a case.

1. Reactions to Trauma: There are as many reactions to a traumatic event as there are victims (or observers) of that event. In the military, we have experience with varied reactions to battle trauma, ranging from stoic acceptance to emotional breakdown. Yet society has created rigid behavioral expectations for a sexual trauma victim, often called “rape myths,” and military panels
seem to share them. Victim behavior which differs from these expectations often affects how
jurors assess victim credibility.3 Overcoming these normative expectations is a key trial skill for
Trial Counsel. Both lay witnesses and experts can help with this task. Many explanations for
counter-expectational behavior also make logical sense once they are explained. The explanation
process begins with voir dire and continues through evidence and closing argument.

a. Victims Rarely Fight Back (or Scream):

-includes: “fear” of the physical power of an attacker

– shock that a friend would assault (& betray) them,

-inability to focus on events

-mentally distancing themselves from what is happening

b. Victims rarely report assault immediately : Only 30% of military sexual assaults are
reported to anyone.4 A majority are reported from hours to days later. Reasons (sensible
if elicited carefully):

-Confusion (about what happened and whether it was illegal),

-guilt (self-blame if victim was drinking, engaging in flirting or prior sexual
relations with the offender, or voluntarily travelled to an isolated place where the
assault took place), or –

-“don’t be a snitch” mentality

-repercussions of reporting on career,

-belief that nothing will be done

-concern about cost of complaint to offender;

-rationalizing that assault was not criminal;

– perception that most sexual assault reports are false and if the victim reports,

she will be viewed as a liar by others in the command, especially if victim behaved
counterintuitively;

–explain why the behavior is logical? If historically little command

action/support, is that logical? If others were treated badly by unit, is that logical? Use the
developed emotional reactions of your victim to explain the late report. Have her testify
to her reasons. Even strange reasons can support credibility. Some explanation is
mandatory.] 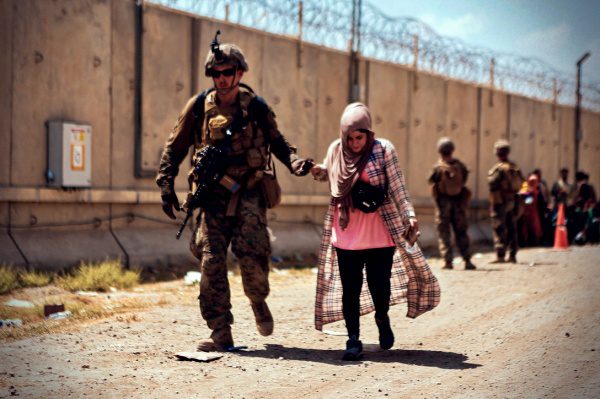 c. Not all victims cry

-strength under pressure is a military value

a. Myth: Only strangers rape : less prevalent now than in past, BUT

–corollary: non-stranger sexual assault is something less than “rape” & therefore not as
important

–Military: 97% of violent sex crimes committed by acquaintances; [NOTE: only 21% by
a family member or significant other (boyfriend, date).]6

-offenders use least force necessary, often only a threat;

-often only an obvious difference in size and strength.

[trial strategy: use statutory language: “Lack of verbal or physical resistance or

submission resulting from the use of force, threat of force, or placing another person in
fear does not constitute consent.”7 Argue “when fear is in the room, consent is not.”

d. Myth: Rape victims assume the risk of being raped (“asking for it”) :

-[trial strategy: “A current or previous dating or social or sexual relationship by itself or
the manner of dress of the person . . . shall not constitute consent.”9 Start here. Show that
victim’s behavior was the norm for her age & cohort; “nobody buys a ‘rape dress’ and
nobody ‘asks to be raped.’”] 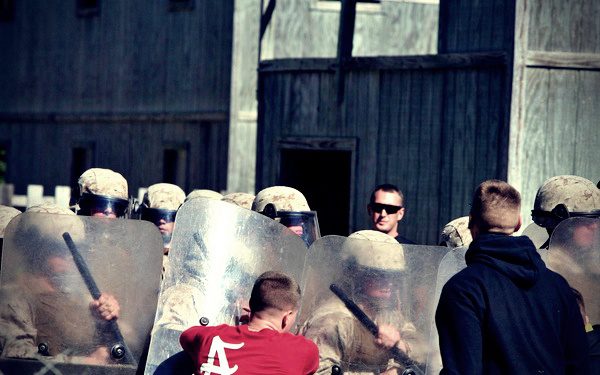 –[trial strategy: address myths directly, in voir dire & in argument. Emphasize judicial
instructions (“only facts of this case are relevant,” “you will be violating your oath if you
assume someone wanted forcible sex b/c of how they dress or dance”)

– adds to victim trauma; studies suggest that the trial process may be more traumatic than
the assault for some victims;

– is slow.
-delays recovery by focusing the victim on the event through interviews, Article 32
hearings, motion hearings, and trial preparation.

–expressions of doubt by investigators, trial counsel, the command or fellow soldiers may cause
victim to “give up” the process, recant, or stop communicating.

–family, friends, others in military unit may add pressure

-financial concerns (in familial rape) may also result in recantation

4. Inconsistent statements – the norm in cases of trauma; seen by juries as indicator of falsity

— truth-tellers more likely to be inconsistent than liars; liars consciously try to repeat
same story; truth-tellers reconstruct the event for each statement, rarely in identical
language;

— many trauma victims “normalize” — try to make sense of the attack, explaining away
the pain or severity of the incident; this can include continued contact w/ the offender,
texting him, phone calls;

— cognitive avoidance: damping down the worst part of the trauma

— self-blame, or alternative explanations that make the betrayal less traumatic

-“free” from parental control or guidance;

– new and “alien” culture designed, in part, to reduce independence.

-self-medication with alcohol or drugs